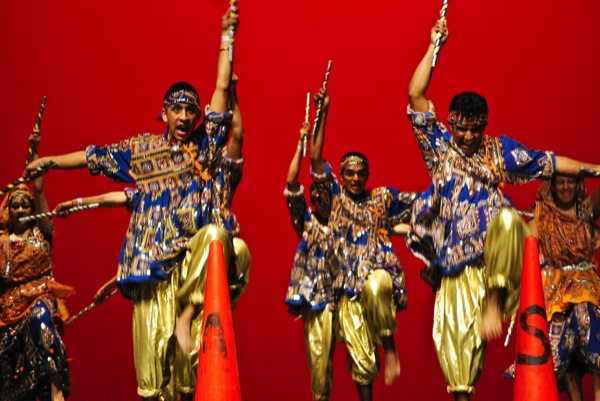 Independent dance teams from Rice University, Texas A&M, Texas Women’s University, the University of Texas at Austin and UH all showcased their diverse dance moves with music that ranged from the sounds of southeast Asia to American hip-hop.

Comedian Dan Nainan hosted the event and kept the audience laughing throughout the night in between each performance.

Each team was introduced by a brief video before they got on stage to perform; each of their routines told a different story ranging from one of love to others about a trip to a mall and toy store. The choreographies were beautifully executed and seemed flawless.

The music choices ranged from a mixture of Indian tunes to rap. One routine included Lady Gaga and another used Rihanna’s smash hit, “We Found Love.”

Through their attire, dance moves and music choice, the teams were able to show the beauty of the Indian culture — the true goal of the event.

From UH’s own dance teams Ishaara, Nishani Bhangra and Roarin’ Raas to TWU’s Chingaari, the audience fed the dancers the energy they needed to perform, making it a friendly competition.

By the end of the night, UT’s Texas Raas was voted as the winners of the competition by the panel of judges.

The proceeds from the event were donated to the Indo-American Charity Foundation.