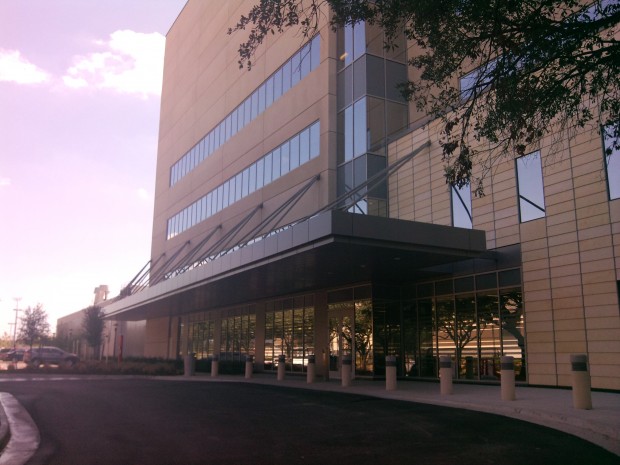 With all of the University’s enhancements to become Tier One, the College of Optometry is making strides to keep up.

UHCO will uncover The Molly and Doug Barnes Vision Institute in Spring 2013. It will be located on the first floor of the Health & Biomedical Sciences Building and will feature the Doctors of Texas State Optical Alumni Education Center, Brien Holden Vision Institute Classrooms and Learning Center, TLC Laser Refractive Center and the Vision Source Ambulatory Surgical Center.

“The ASC will be specially equipped for out-patient ophthalmic surgeries, like cataract surgery, retinal surgery, and glaucoma surgery,” said Earl Smith, dean of the College of Optometry.

“The laser refractive center will specialize in procedures to correct nearsightedness. In addition, the Barnes Vision Institute facility will also house The Ocular Surface Research Institute — a new research center dedicated to finding new and better methods for management patients with of dry eye.”

Despite the future opening, the institute is already in use, Smith said.

“Some of our faculty and staff have already relocated to the new building and students are using the new study rooms, student lounge and learning commons,” Smith said.

“The building will officially open in February when a formal dedication ceremony will be held and students will begin using the new classrooms when we return for the spring semester.”

The ASC will provide never-before-seen benefits for UHCO students, said Melissa Mares, director for Office of Optometry Relations. The expansion will allow more students to benefit from UHCO resources.

“Students are expected to complete an externship either in-house or out-house. Not every one was able to experience a surgical opportunity because those spots are limited,” Mares said.

“Now everyone will have an equal opportunity.”

Currently, the College of Optometry operates out of the J. Davis Armistead Building, which will remain the primary eye service institute despite the new one opening, Mares said.

Fundraising for the new building began with selling name engravings.

“We used posters to advertise. The names of the buyers will appear throughout the buildings,” Mares said. “Rooms and other areas in the building will be named after the buyers.”

A donor recognition wall will also be established to publicly thank donors, Smith said. However, donations will not be the only method of funding.

“The University also secured bonds, which will be paid back over time. All additional monies will be raised through Vision Institute revenues, student fees, tuition, patient fees and the annual campaign.”

The Vision Institute is a project that has been in the making for eight years now, Mares said.

“I’m over the moon about it. I’ve been a part of it from the beginning,” Mares said.