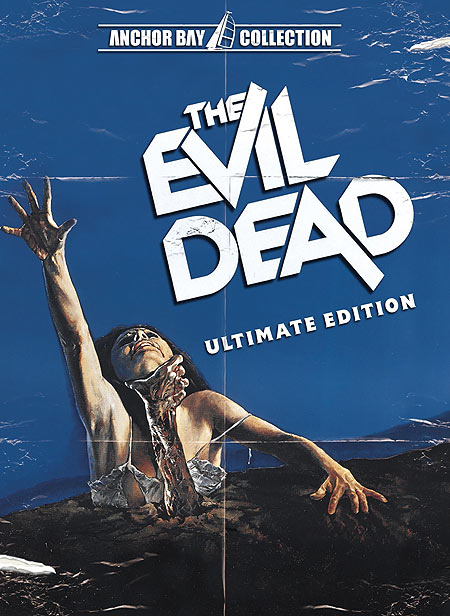 Few enough students remember the halcyon days before Hillary Clinton and Joe Lieberman gave birth to the Entertainment Software Rating Board with their puritanical caterwauling on the Senate floor, railing against the danger that games like Mortal Kombat posed to American society. Fewer, still, likely remember the days before Mary Whitehouse and her posse of moralistic do-gooders, publicly sobbing about the “corruption of values” wrought by an “excessively permissive society” — as if that were a bad thing.

Her whining led directly to the United Kingdom’s Video Recordings Act of 1984 and the end of an era relatively free of censorship. Along the way, Whitehouse et al. coined the delightful term “video nasty.”

Though Whitehouse’s concerns had been building to a fever pitch throughout the ’60s and ’70s, they peaked with the release of the 1980 Italian horror film “Cannibal Holocaust,” directed by Ruggero Deodato. Sergio Leone — whose spaghetti-western style of filmmaking served as inspiration for Quentin Tarantino’s “Django Unchained” — wrote in a letter to Deodato, “What a movie! The second part is a masterpiece of cinematographic realism, but everything seems so real that I think you will get in trouble with all the world.” His words would prove prophetic.

“Cannibal Holocaust” was perhaps, for Whitehouse and her mother-hen acolytes, the straw that broke the camel’s back. Shortly thereafter, Whitehouse and her mother-hen acolytes inspired the “video nasty” list (of actual, honest-to-god videotapes) issued by the British Director of Public Prosecutions. The list, in conjunction with police initiative, led to raids on video-rental stores, with overzealous bobbies snatching up  anything they felt might be offensive to the tastes and sentiments of the public.

Sam Raimi’s filmmaking 1981 debut, “The Evil Dead,” erupted onto the scene at the height of this furor, quickly climbing up the list to “number one video nasty” because of its success and notoriety. Propelled by word of mouth and a hearty recommendation from Stephen King, it soon became the textbook example of a cult classic.

Raimi’s “The Evil Dead” — not to be confused with the ho-hum 2013 reboot “Evil Dead” — was, at the time of its release, a revelation in horror filmmaking. Reportedly filmed for less than $350,000 in an actual cabin in the woods, the film made headlines for its unrepentant, gory violence — thoroughly tame by today’s standards — but has remained firmly rooted in the hearts of countless viewers by virtue of its idiosyncrasies.

Conflict is necessary to storytelling. A protagonist must undergo some struggle, overcome some obstacle, or his story — simply put — isn’t a story at all. Conflict is also macrocosmically a boon to any creative endeavor, and there was no shortage of conflict filming “The Evil Dead.”

Seeking to break into the film industry, Raimi said that he begged, borrowed and stole from friends, family and strangers to cobble together the roughly $90,000 needed to begin filming his screenplay. The cast and crew consisted of Raimi’s friends and family with the exception of lead actor Bruce Campbell, who portrayed Ash Williams, now the cult-hero star of dozens of spin-off comic books, video games and cameos.

Yet somehow, particularly when juxtaposed with the relatively well-endowed 2013 reboot, all the conflict and workarounds only contribute to the film’s charm.

The cheap contact lenses that the cast wore to portray demonic possession were said to feel like wearing “Tupperware” on the eyes. Yet, cheap as the lenses were, the surrealism of the characters’ blank, white stares is both unnerving and funny, prompting viewers into something akin to the phenomenon of nervous laughter.

The over-the-hill-and-through-the-woods style of shot that the reboot unwisely chose to incorporate — for only their distinctive and fundamentally “Evil Dead” quality — were the result of what Campbell termed the “vas-o-cam,” a makeshift rail-mounted setup, which allowed the camera to swoop rapidly over large swaths of ground. The vas-o-cam is typical of the creative, outside-the-box sort of workaround that Raimi was forced to improvise in order to accommodate his lofty directorial vision with a low budget.

Campbell deadpans in his 2002 autobiography “If Chins Could Kill: Confessions of a B Movie Actor” that, as filming drew to a close, conditions on set became so poor that the crew began burning furniture to stay warm.

For all these reasons — the absurdly low budget and high aspirations; Campbell’s campy, yet oddly sweet and compelling Ash; the over-the-top gore and horror, complemented by Raimi’s black humor and wry wit — “The Evil Dead” today stands as one of the most beloved films in cinematic history, holding a nearly unparalleled 98 percent critical approval rating on RottenTomatoes. Alternately spooky, funny and quirky, Raimi’s 1981 classic is worth a watch, not only for its notoriety as an enduring cult classic, but also for its role in showcasing the work of a young auteur, battling against near-crippling restraints and obstacles, ultimately producing a work of lasting merit. And for that reason, The Evil Dead makes The Daily Cougar’s list of Best on Netflix Watch Instantly.