Two Cougars were named to the American Athletic Conference honor roll after the football team’s season-opening win against Southern on Friday.

Senior Richie Leone punted his way to the top and was named the conference’s special teams player of the week after scoring 11 points by successfully completing every extra point attempt and kicking two field goals from 30 and 38 yards.

Junior wide receiver Daniel Spencer was also highlighted by the conference after nine receptions for 102 yards and scoring three touchdowns. 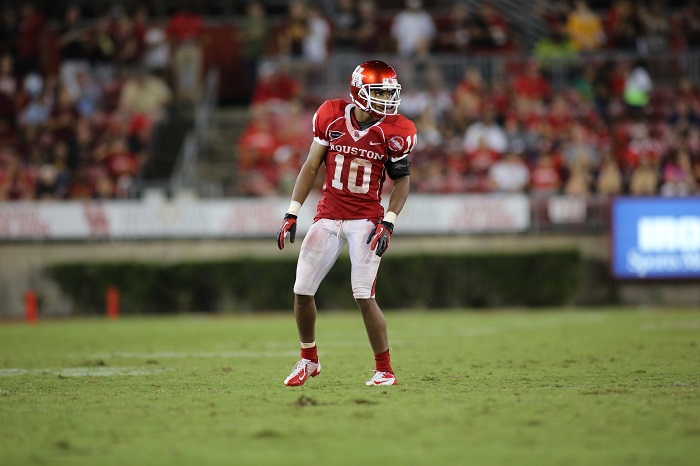 Last season, after filling D.J. Hayden’s spot, McMillian put up five interceptions, tying for Conference USA interception leader, six pass break-ups and 51 tackles. He was named an honorable mention in the conference by the league’s coaches.

Louisville was picked as the clear favorite to win the conference title by USA Today. The Cardinals are led by Heisman Trophy candidate Teddy Bridgewater at quarterback and return the majority of their starters from last year’s Sugar Bowl where they pulled out a surprising victory against Florida. Louisville suffered two losses last season in the Big East. UH is predicted to go 7-5 and tie for fourth with Cincinnati.