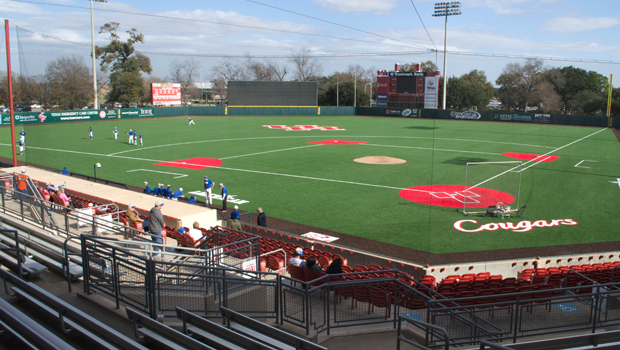 Cougar field will soon see more development, as there are plans to build a baseball development center beyond the left field foul line. | File photo/The Cougar

The development center is another step for athletics toward competition with other major programs — both on and off the field.

The development center is planned to be a 20,645-square-foot building and will feature a new clubhouse for the team, as well as indoor batting cages, a lounge and video area, training and recovery areas and areas for comfortable viewing during games.

“As we continue to build champions for life and focus on our student-athletes success, we recognize our commitment to providing state-of-the-art facilities for our sport programs,” Yurachek said in a news release. “Our vision of being the best begins on this campus.”

There have been no announcements yet as to projected costs for the project or an estimated completion date.

This new facility is the third officially announced project in a series of renovations and reconstruction projects for UH athletics, which began with the deconstruction of Robertson Stadium, making way for TDECU Stadium, the new home of Cougar football.