The evolution of romance in the digital age 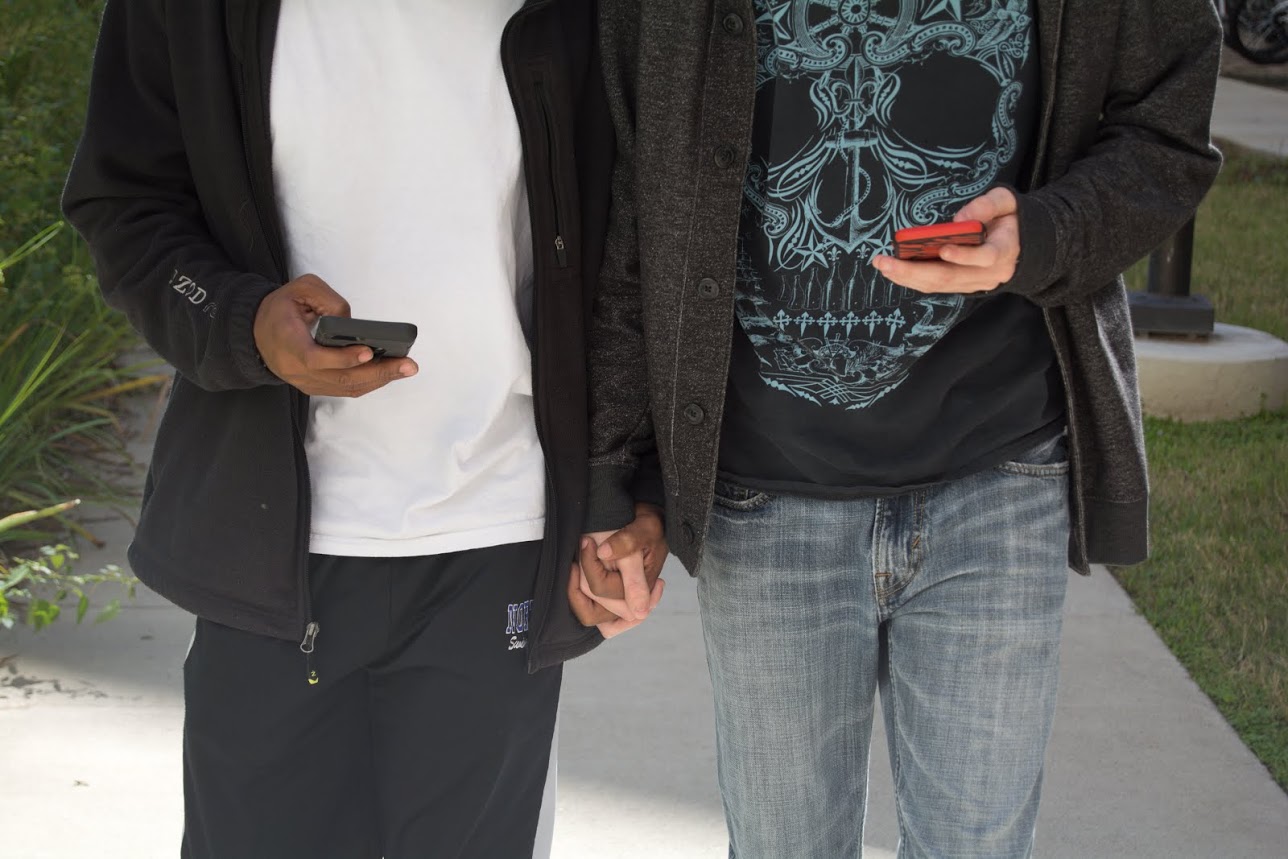 Most teens claim that social media helps them feel connected with their partners. | Justin Cross/The Cougar

Never has talking become easier since the rise of the digital age. As technology advances, the quality of one’s romantic life tends to change as well.

On one hand, connection feels much easier. But on another hand, we disconnect on another level.

Is connecting still the same, or is it evolving?

Comedian Aziz Ansari, in his book “Modern Love” said, “Much of the frustrating situations explained by today’s singles seem unique to our time and technological setting…[like] not hearing back on a text…Agonizing over what really is your favorite movie for your online dating profile.”

With each tiny aspect of our nature open for judgment, people are not only expected to maintain acceptable appearances in public but also in the digital world.

According to the Pew Research Center, 65 percent of teen boys claim that social media helps them feel connected with their partner’s life, whereas just 52 percent of teen girls felt the same way.

Decades ago, people were limited in their means of signaling attraction. Their methods might have included passing notes or openly flirting. But today, through the digital world, one can signal attraction by either liking or commenting on their crush’s statuses.

Pew Research Center says that 47 percent of teens have expressed attraction through these methods.

It is evident that social media is an important outlet for communication. As the usage increases, people are increasingly viewing social media as a means to build a closer and more emotional relationship with their partners. Forty-four percent of teens believe it helps them feel emotionally closer to their significant other.

Genuine connections, however, might come from more than just words and pictures on a computer screen. They can come from shared moments of laughter, sorrow, enjoyment and even pain, but most importantly these interactions must be personal.

This doesn’t necessarily mean that social media outlets hinder one’s ability to bond. It simply means that unless basic characteristics of connection are met, one must not depend on the digital world to forge a relationship.

If two people are able to successfully connected on a personal level, digital advancements can certainly help sustain the bond.

“Right now, a guy I’m talking to lives somewhere else,” said psychology sophomore Judy Nguyen. “But because of Skype, we are able to see one another, face-to-face. It may not beat human interaction, but it definitely feels more real than a phone call would.”

Technological advancements have not only changed boundaries, but social interaction as we know it. Although these changes have also brought about new norms and unspoken rules, they cannot be used to build sturdy or genuine connections concerning love.

It must be used as a tool to help sustain an established bond, rather than establishing one.