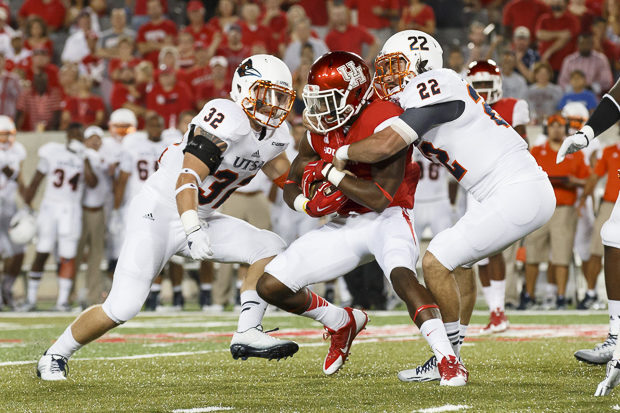 The UTSA game originally scheduled for Sept. 2 will not be played this season. | File photo/The Cougar

Officials from The University of Texas at San Antonio and the University of Houston have decided not to make up the Cougars’ opening game originally scheduled for Sept. 2, team spokesman David Bassity said in a news release.

The game was tentatively scheduled for Dec. 2, unless UH would be playing in the AAC Championship.

The game was originally postponed after Hurricane Harvey hit southeastern Texas, pushing the football team to break from its original schedule and practice at the University of Texas.

Ticket holders should expect a full refund and will get more information on this process from the UTSA ticket office, according to the news release.

Administrators from both universities plan to reschedule the game eventually but did not specify when. The Sept. 2 game was originally part of a four-game series that includes games in 2022, 2023 and 2024, according to the news release.

The Cougars will open their season on Saturday at the University of Arizona in Tucson. The game is scheduled to kickoff at 9:30 p.m. central time.