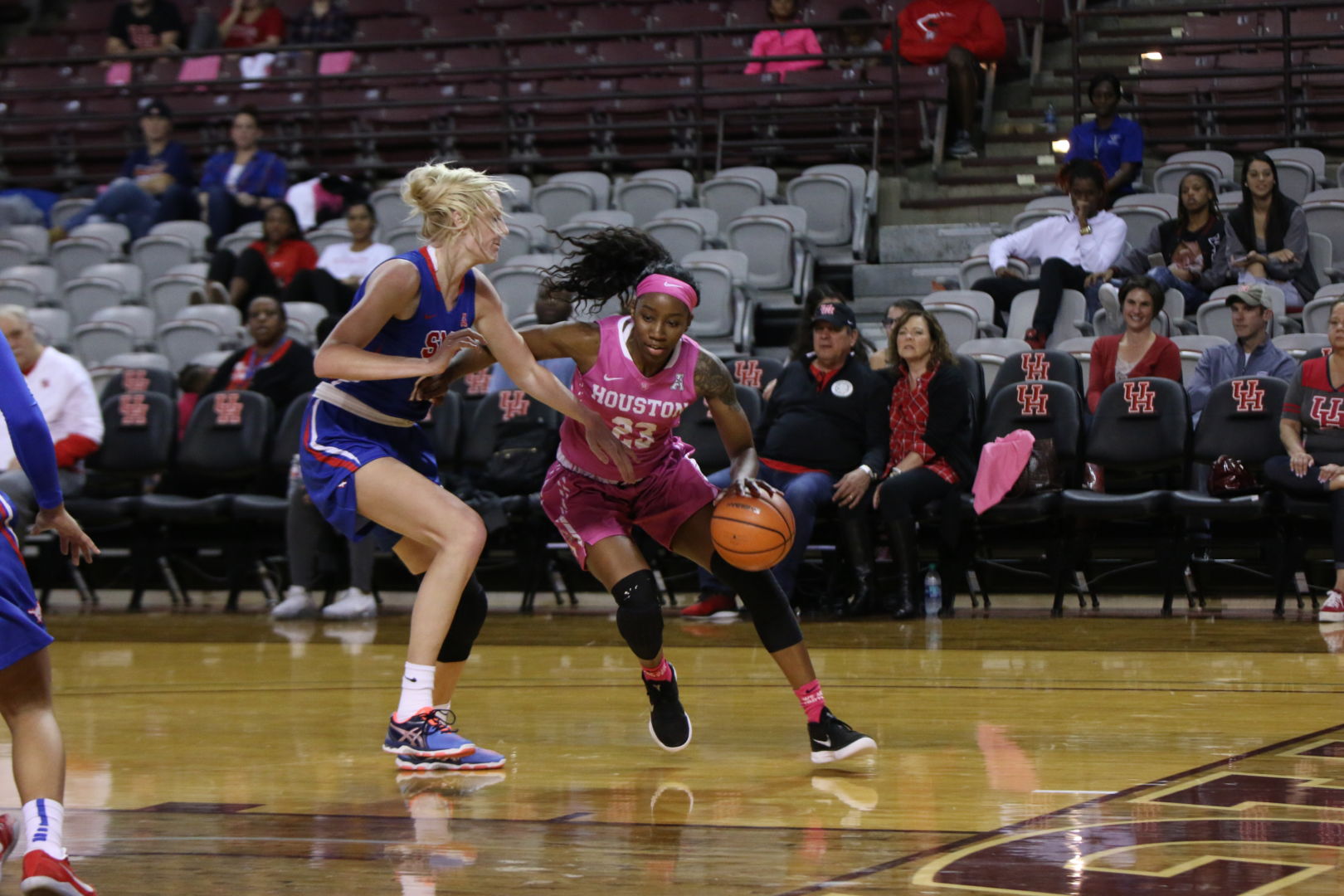 Serithia Hawkins and the women’s basketball team improved their win total by eight from a year ago, leaving much to build on for the 2018-19 season. | File photo/The Cougar

With the loss to the South Dakota Coyotes in the National Invitational Tournament on Thursday, the women’s basketball team’s season is officially over. Despite struggling at the end, the Cougars had a solid season of play, and for the first time in a while there is hope for success in the future.

It started with the emergence of sophomore guards Angela and Jasmyne Harris. How well UH performed in each game was largely dependent on the performance of its two best players. They led the team in points, assists and steals, and they were the team’s anchors offensively and defensively.

Without their efforts, the team likely would not have achieved 20 wins. Their play this year did not go unnoticed, as Jasmyne and Angela were named to the second and third all-conference teams, respectively.

However, basketball is a team game, and the Cougars were able to put a solid product out on the court for every game. The role-players were very effective in each win, especially junior guard Serithia Hawkins. She was a double-double machine as she picked up several throughout the season. She is also the third leading scorer on the team with 384 points.

Sophomore forward Dorian Branch was also a solid performer for the Cougars. She averaged 9.7 points and had the third-most total assists on the team (87).

Junior forwards Octavia Barnes and Myyah West and freshman guard Julia Blackshell-Fair were the only other players to garner more than 200 minutes of play this season.

On paper, the team behind the Harrises appears solid, and for much of the season, it was. But there were too many games where there was little production outside of the Harrises. The role-players will have to take a step forward for the Cougars to reach the next level of success. But the team will benefit from the camaraderie created on the squad, as next year will be the third season the majority will have played together.

For casual fans of women’s hoops, the Cougars’ season was largely unexpected. Their performance last season left much to be desired, as they finished with only 12 wins. This year, the Cougars picked up 11 wins against out-of-conference opponents to start the year but struggled against fellow American Athletic Conference teams.

UH was swept by the Cincinnati Bearcats, went 0-3 against ranked opponents and ended the season on a five-game losing streak.

Overall, the Cougars had a great season that leaves hope for the future. There is room for improvement, but this team definitely took a step forward. The losing streak to end the season left a bad taste, but the significance of winning 20 games will likely overshadow the losses they suffered.