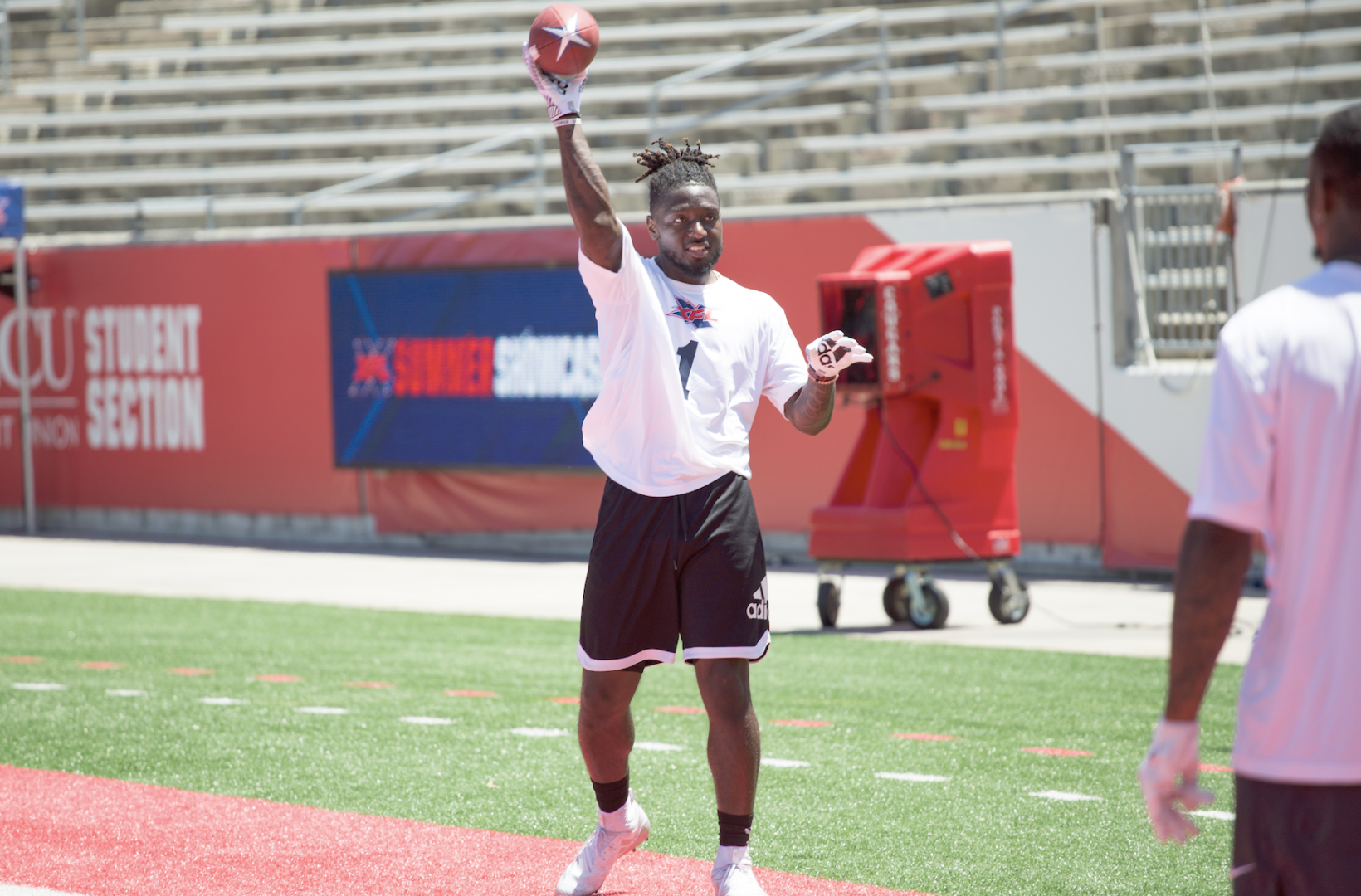 Let us go through the average lifespan of an aspiring professional football player’s career.

You grow up with the game. From Pop Warner to middle school to high school, your mind is stuck on the gridiron and in between the sidelines. If you are lucky, you get recruited and take your talents to the next level, but college is not the end for you.

The dream is to be among the best of the best in the game, and that can only be found in a single place — the NFL, the only professional football league that matters.

For now, at least.

The next few years are usually spent busting your tail in the classroom and on the field in hopes of accomplishing your goals.

Then, once your collegiate career has come and gone, reality blindsides you.

It becomes clear that when NFL commissioner Roger Goodell goes up to the podium in late April to announce draft selections, your name will not be among the ones parting his lips.

Even if a team decides to gamble on you with a late pick, you will probably be unemployed by the end of the summer. Your hopes will be crushed, but you will still want a taste of what it is like.

Enter the XFL, the brainchild of WWE owner Vince McMahon, set to kick off in February 2020. This gives a second chance to players whose sights are still on the pros, including eight former Cougars that performed at the league’s Houston team’s Summer Showcase Saturday afternoon at TDECU Stadium.

The Showcase, similar to the NFL Combine, is meant for XFL hopefuls to show off their skills in familiar drills such as the 40-yard dash, the three-cone drill and 7-on-7s.

“This is a blessing,” said Demarcus Ayers, a former wide receiver for Houston. “Any time you get to learn to be a professional in front of professional coaches and organization members, it’s an honor.”

The Lancaster-native, who was drafted 229th overall in 2016 by the Pittsburgh Steelers before being cut later in the season, was joined by former UH linemen Mason Denley, Marcus Oliver and Damien Parris on the offensive roster of the Showcase.

“The opportunity that we are providing them is a pretty big deal,” said league commissioner Oliver Luck, a former Houston Oilers quarterback and NCAA executive. “It’s big, particularly for a UH kid knowing that they will either be playing for the Houston team or in this stadium against the Houston team.”

Luck’s thought rang remarkably true for the UH alumni who attended, as most took the field for the Cougars together as teammates.

“I haven’t been on this field with my cleats on since I played here,” Ayers said. “It brought back so many memories, catching the ball on the sidelines and being told ‘good job.’”

“I originally knew that one of my other teammates was going to be here, and then I saw everybody else,” Davis said. “It’s like we’re back at practice. We’re back at home.”

“This is our old stomping ground,” Khalil Williams added.

Despite the emotions attached to the city, the University and TDECU Stadium, the past Cougars mean business and know the XFL is their chance to make it to the pros.

“Why not start a new league to give more people opportunities to do what they love to do?” Davis, who totaled 133 tackles in his four years with UH, said.

Although a spot on one of the XFL’s eight teams is not guaranteed, the risk is worth the reward for those who grew up dreaming of professional football.

“This has always been the goal ever since I was a kid,” Ayers said. “Every day I’m going to try and cherish this and be a professional.”