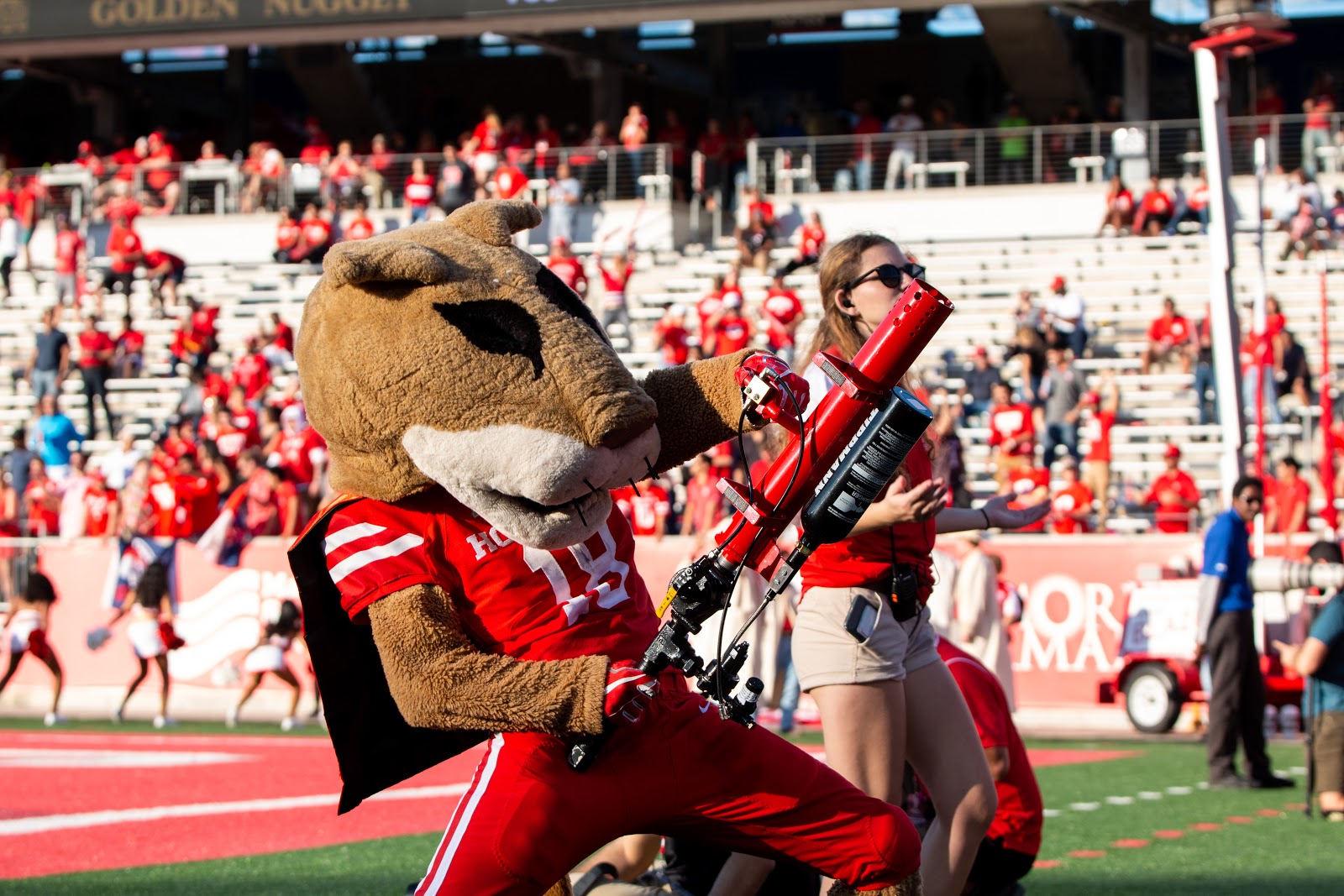 Shasta’s naming is one of the many interesting tidbits of UH traditions and history. | File photo/The Cougar

There is no doubt that the University of Houston is rich in tradition.

From the alma mater to class rings, Houston’s long history has brought with it years of customs.

The same can be said for its athletics. After all, the Cougars’ football team, one of the school’s oldest programs, has been hurling touchdowns since 1946.

Here are some traditions and history to know ahead of your first year at UH:

One of the biggest events during Weeks of Welcome at the beginning of school, the annual Cage Rage preseason pep rally serves as the official kickoff for the football season and athletic year as a whole. Spectators at the occasion, held at TDECU Stadium can expect to see new head coach Dana Holgorsen, athletics director Chris Pezman and the football team riling up supporters.

Fans in attendance last year were treated to a performance by Spirit of Houston, UH’s marching band, a musical act by Houston’s own rappers Paul Wall and Lil’ Keke, a firework show and a large water balloon fight.

Although the exact date for Cage Rage is not set yet, it is an effective introduction to the world of Houston athletics for new students.

It is fourth-and-goal with 30 seconds on the clock. The Cougars are down by six in the biggest game of the year and are in timeout trying to figure out what play will win the game.

Then, the bass of Spirit of Houston and Cougar Brass’ tubas start booming throughout the stadium. It can only mean one thing — Womp Womp is playing.

By far one of the most popular hype songs at the University, Womp Womp has become a staple at UH athletics events.

Start off by spelling out “C-O-U-G-A-R-S” to the rhythm of the horns, then follow up with a “who we talking ‘bout? We’re talking ‘bout the Cougars!” and you have it down.

What better way to greet the away team than to just ignore the fact that it even exists?

To begin this pre-game tradition, pick up a copy of The Cougar at any one of our newsstands on campus on your way to the Fertitta Center for a basketball game.

Visiting lineups are always announced first, so when you hear the unfamiliar names, open up your copy of the paper and start to read. Every time a visiting player’s name is announced, yell “who’s he?”

Once Houston players’ names are called, fold the paper in half, rip it to pieces and throw it up like confetti.

The Cougar has played a large role throughout the history of UH athletics.

Former Washington State Cougars head football coach and professor John W. Bender in 1927 arrived at a mascot-less school. Having become fond of the cougar during his time at WSU, Bender suggested the name The Cougar for Houston’s student newspaper, the first extracurricular activity on campus. From then on, cougars became associated with UH as the school mascot.

But the mascot remained nameless. Then, The Cougar swooped in yet again.

In conjunction with the Alpha Phi Omega fraternity, The Cougar held a naming contest for the mascot in 1947.

Thus, Shasta the Cougar was born, and she has been overlooking the University’s athletics ever since.

The current Shasta VI lives at the Houston Zoo, and students can visit him anytime there and learn more about the history of UH’s mascot.