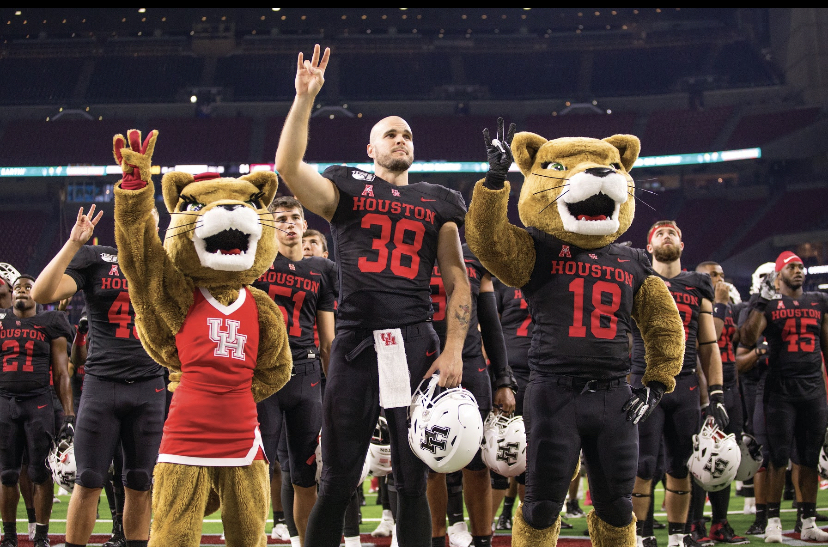 Roy, just a game away from finishing off his college career, joined Kentucky’s Max Duffy and Syracuse’s Sterling Hofrichter as finalists, the Augusta Sports Council, which presents the annual award to the nation’s top punter, announced.

The 30-year-old Australian has had a career year.

He earned the AAC honor after his performance at Tulsa over the weekend.

Against the Golden Hurricane, Roy punted eight times in a 24-14 win Saturday. He averaged 44.4 yards per kick.

He flipped the field all night, booting six inside the 20, including one at the 2-yard line.

Roy hit 50-plus yards three times on the evening, including a 57-yarder in the first quarter.

Roy will close out his college career Saturday at TDECU against the No. 24 Navy Midshipmen at 6 p.m.