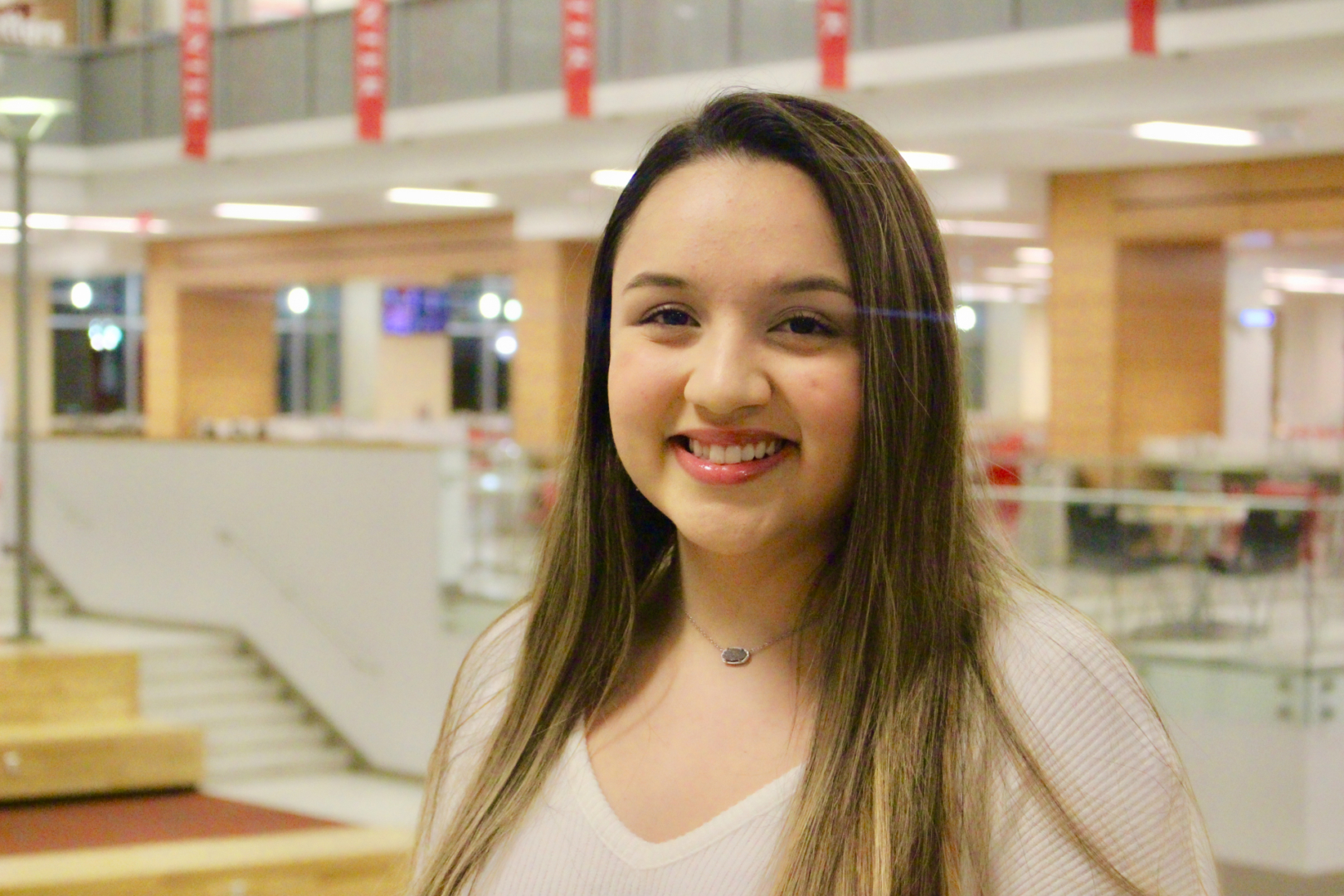 “I feel like having more first-gen students on campus helps to see me in every other face,” said hospitality administration junior Alexandria Martinez. | Donna Keeya/The Cougar

The process of earning a college degree can feel tedious, with added pressure of knowing a small mistake can delay graduation. For first-generation college students, the weight can feel even greater, with family members not always able to help.

“I feel like having more first-gen students on campus helps to see me in every other face,” said hospitality administration junior Alexandria Martinez.

Throughout the U.S. during a six year period, 89 percent of low-income first-generation students leave college without their degree, according to the First Generation Foundation. Their data also indicates the dropout rate of these students is four times higher than their higher-income second generation peers.

“The biggest struggle I’ve faced as a first-generation student is navigating financially,” Martinez said. “No one ever told me about student loans, scholarship disbursements or how the entire financial aid process works. Personally, UH hasn’t given me the greatest experience.”

First-generation students can find difficulty in the FAFSA process by not having other family members who are familiar in the process. First-generation college students often make mistakes and miss out on opportunities while filling for financial aid, according to U.S. News & World Report.

“I believe the ultimate struggle I’ve faced as a first-gen student was having to figure everything out by myself,” said public relations junior Alberto Huichapa. “From applying to colleges to filling out my FAFSA application, it took some work to make sure that I was doing everything right. It was an added stress that many non-first-gen students don’t commonly deal with.”

Despite receiving similar test scores to their peers, some first-generation students can feel academically insecure without knowing others in their family have gone through the higher education system before.

“I don’t feel that I was ever at an academic disadvantage, but rather a social, mental, and financial one,” Martinez said. “Growing up first-gen means not having an educational confidence instilled in you.”

Martinez has used the adversity she’s faced as a source of motivation to lead her in the path to academic success, describing the social stigma against first-generation students that she believes to have overcome.

“Personally, this allowed me to prosper,” Martinez said. “I graduated Valedictorian with an associate’s degree and a 4.0 at 17 years old. It gives you motivation to beat the odds.”