Mills, Sasser continue to shine for Cougars among growing pains 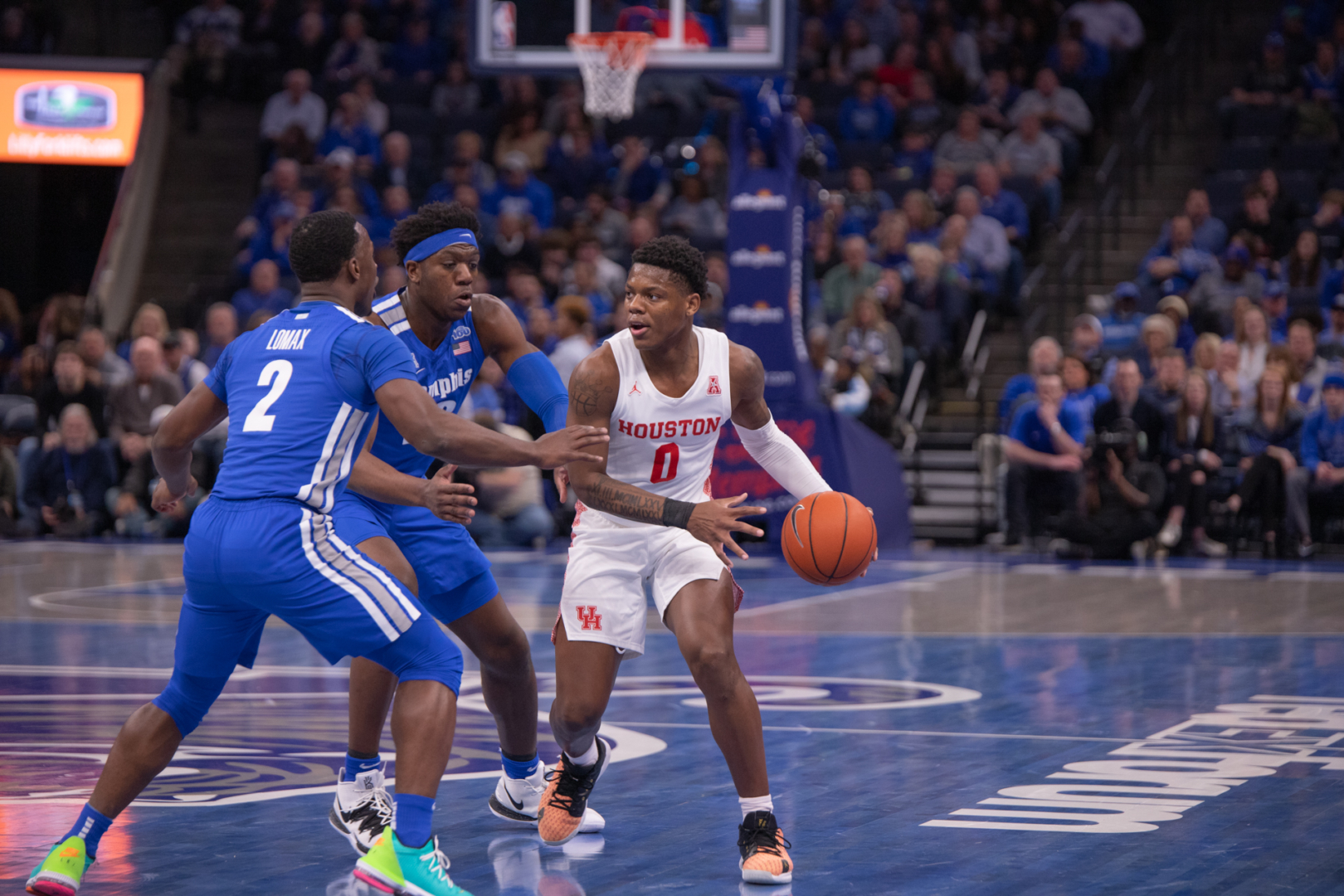 MEMPHIS, Tennessee — The tone of the players coming out of the locker room of the FedExForum was somber and reflective. Many Cougars had their head down after suffering another heartbreaking 60-59 loss to the Memphis Tigers on the road.

Despite standing at the top of the standings in The American for much of the season, losses like the one on Saturday afternoon are a reminder of the team’s youth and inexperience.

“We’re not a great team,” Sampson said. “We never have been. The team that we had last year was really, really good. This team is young. They fought the fight, (but) we have some guys that need to play better, especially when we go on the road.”

The game once again came down to the final shot, and similar to last Saturday’s contest at SMU, redshirt freshman Caleb Mills got the last look, but it did not fall in.

“I was trying to go to the rack to get in the bonus (but the spacing wasn’t there) and that’s the shot I got,” Mills said. “It was a good shot. I just missed.”

Despite the result ending in a loss, Mills and freshman Marcus Sasser excelled for the Cougars again. They combined for 18 of Houston’s 23 points in the first half and finished with a combined 39 points at end of the contest.

For the pair of freshmen, the loss means there is a lot of room left to improve, but they also realize that the hard work they have put in is paying dividends, which just motivates them to want to keep working.

“(Our bond) is very strong,” Sasser said. “We almost do everything together after practice we are shooting free throws together and just get a lot of work in together, so our chemistry on the court is going to be better every time.”

Mills also took time to acknowledge the bond the two have built, and what it means to see Sasser getting more comfortable as a player.

“It means everything to see him doing what he is doing,” Mills said. “It’s a good feeling because we work hard for what we get. Sometimes you won’t always get what you want but we just take it as a loss and move on.”

For Sasser, the team has a lot of mistakes it has to clean up, like the turnovers and missed free throws that hurt the Cougars against the Tigers.

The solution is simple according to Sasser.

“Putting in more work. Getting back in the gym,” he said.