Game day traditions inside and out of TDECU Stadium 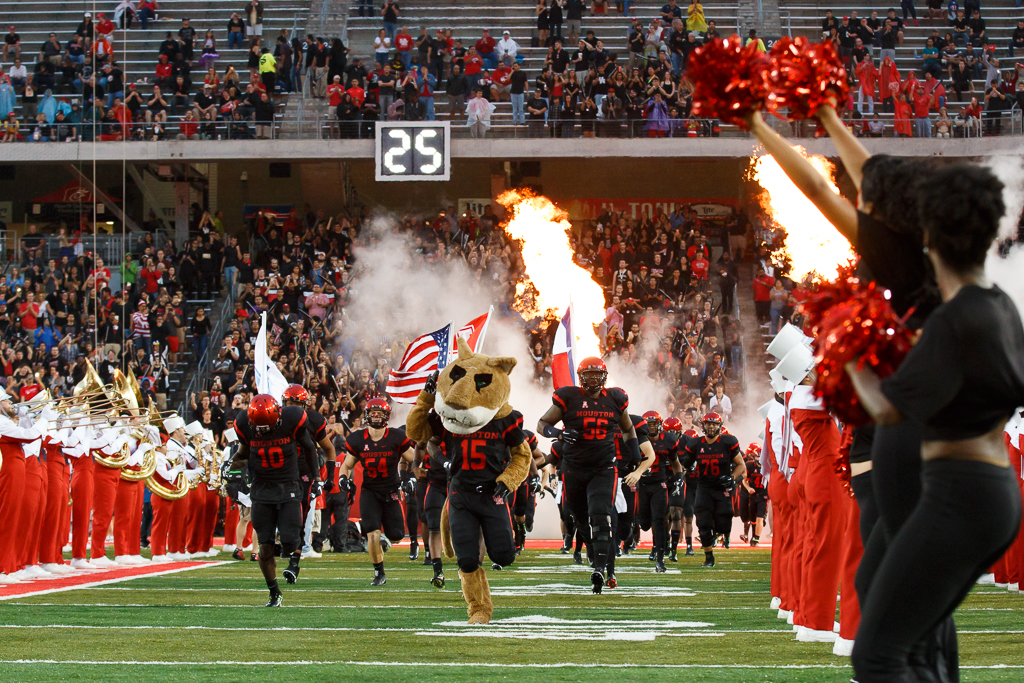 College football game days are nothing short of a spectacle, and to think that it is nothing more than a game couldn’t be further from the truth.

When you catch a first glimpse of TDECU Stadium, not only do you see the home of the Houston football team, but the entire Cougar community as well.

Whether it be late Thursday nights or early Saturday mornings, students and alumni make their way to TDECU Stadium to support their beloved Cougars and display the utmost pride for the University.

“Going to the game with friends and family, listening to the fight song on the way to the game and touching the cougar statue outside of TDECU Stadium are just a few of my favorite things about game days,” Houston alumnus and Coogston member Peyton Hill said. “The first game is always the best because after (that), it feels like the season just flies by quickly … so we (try to) soak it in.”

Before even entering TDECU Stadium, it’s impossible to miss the atmosphere of the tailgates and activities that take place outside the venue.

From the endless grills and tents to the loud, exciting music all the way to the sea of scarlet red and white from everyone coming to support the team, there is nothing but Cougar pride and tradition when it comes to Houston football game days.

We reached out to Coogston to ask several members and UH alumni about their game day experiences.

“The band playing the Houston songs as well as the fans at the game all wearing the same colors and showing pride for the school is a really great tradition,” Coogston member Brandon Gonzalez said.

Cougars of the past and present come together and enjoy the pregame festivities and get to catch up and spend time with other fans.

“What stands out to me is being able to be with friends from when I was at the University,” UH alumnus and Coogston member Dan Bazan said. “I consider them family cause the games always seem like a reunion, seeing how everyone has grown since we were at the University.”

Just before the opening kickoff, all the students, alumni and fans head to the gates to take their seat and watch the Cougars run out of the tunnel and out onto the field.

From the traditional fight song and alma mater to the loud “Whose House, Coogs House” chant and upbeat “Womp Womp,” Houston has its unique, prideful chants and songs that never get old amongst its fans.

“’Whose House, Coogs House’ would be my favorite,” Houston alumnus and Coogston member Ken Phipps Jr. said. “Just how enthusiastic the chant is and how it brings everyone together in that spirit is what makes it special.”

Houston football games create memories that students and alumni carry with them for the rest of their lives as they indulge in the traditions, the pride and what it means to be a UH Cougar.