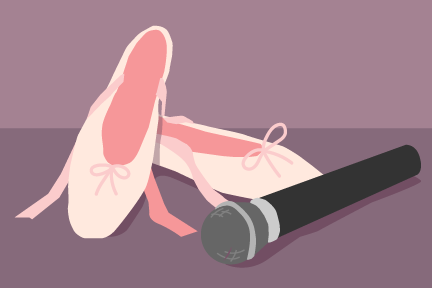 For some majors, an online transition can be relatively smooth, but for others, in-person classes is how they are able to showcase what they have learned.

Students of the McGovern College of the Arts have brought their performances and showcases onto a digital platform since social distancing ensued at the end of the spring semester.

For graduated dancers such as Jessica Figueroa, the feeling of dancing online for the final semester was much different than years past.

“There was no longer the adrenaline rush before going on stage, I didn’t feel nervous or excited,” Figueroa said. “It just happened and it came to an end.”

Figueroa participated in the UH dance program for the past four years and her last semester going virtual affected her physically and mentally, she said.

“The reason why we perform is to entertain an audience, and what makes artists love performing is the audience’s response and energy,” Figueroa said. “The lack of an audience definitely made the performance not feel like a performance.”

What Figueroa mentioned as a bright side of the situation was reaching a bigger audience with this new platform.

Management information systems senior Mia Pham had a similar take when it came to making her dance performance video.

Pham has been performing in the arts program for three years now and was assigned a video project to perform some of the choreography she learned before the semester ended.

“I decided to just film in my backyard (and) I got my brother involved, having him film for me,” Pham said. “Overall, though I didn’t get to perform in front of an audience, I got to discover a new love for video filming (and) editing.”

A large difference between performing on stage and over video is if a mistake is made, you can film the video again; there is more pressure in an on stage performance even if the intensity is not the same, Pham said.

Mary Catherine McReynolds graduated from the dance program at UH in the spring, having to spend her last performances as a student in the program on a virtual platform.

“My previous experience with performing has been very drenched in camaraderie and physical contact with a group of people I have spent hours upon hours rehearsing with,” McReynolds said.

“Performing on video was different in that it was a much more introspective and intimate way to approach a performance. Just me, a small space and a friend with a camera that could zoom in or out and change focus in a way that can’t be done on a traditional stage.”

With live performances transferring to video, the dancers involved use skills other than just those related to their performances.

McReynolds said not only did she plan out the choreography for her movement, but also made her own sound score and edited the video together after she had her roommate film it for her.

McReynolds said she has had classes that require video assignments before, as well as had a whole class dedicated to it in the past, so the shift online was not that difficult.

“I typically do most of my performances on stage, but (dancing) for film is a growing part of the field and I do have some experience with that area of performance as well,” McReynolds said.