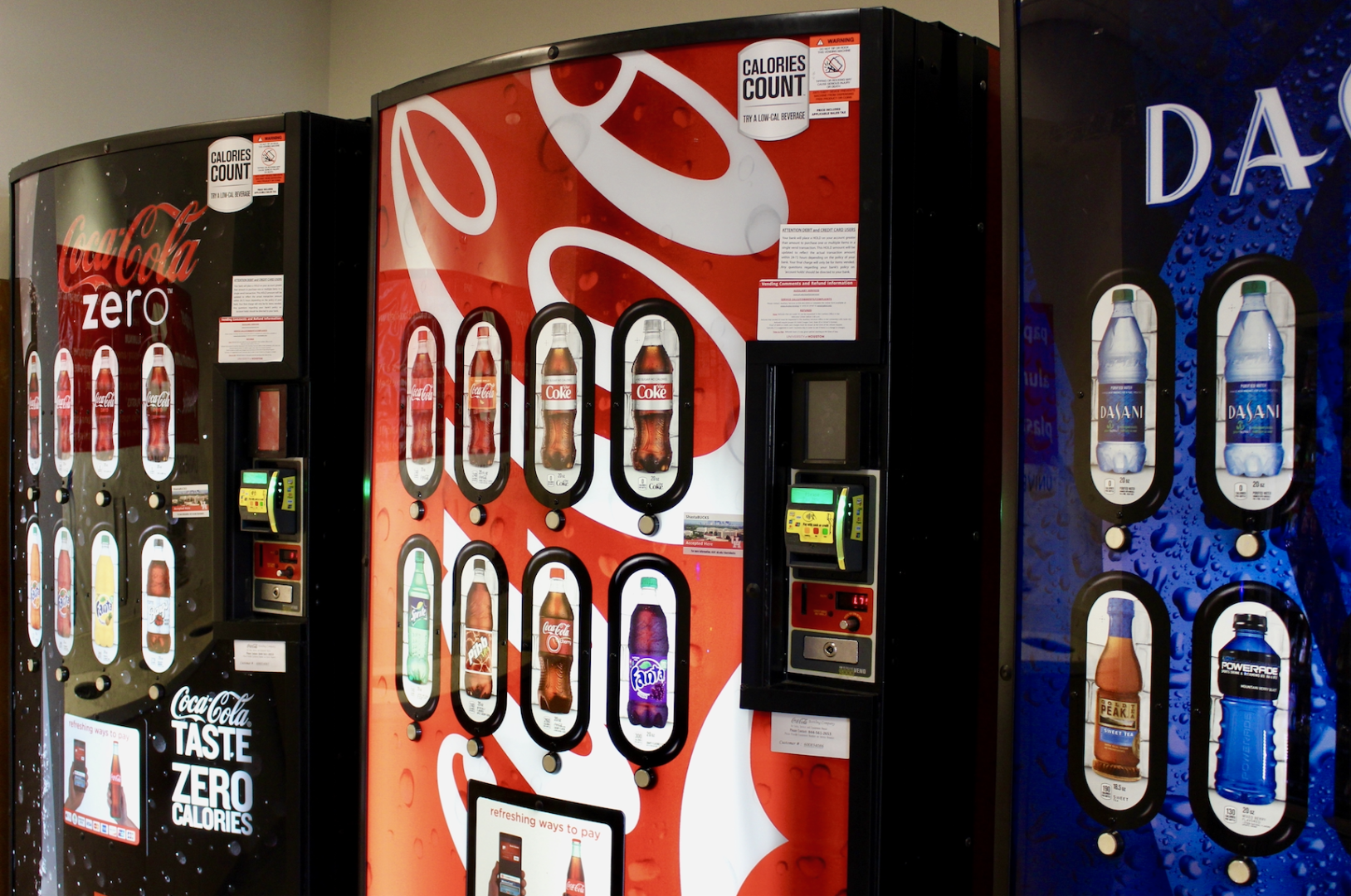 Coca-Cola was the UH system’s cold drink provider for ten years prior to the contract expiring in April 2020. | Donna Keeya/The Cougar

Following a 10-year exclusive contract with Coca-Cola, Dr Pepper products are now available for purchase at the University.

After the initial contract expired in April, the University decided to renew its campus pouring rights with Coca-Cola, however, it created an exception for Dr Pepper products after popular demand for them.

“Based on feedback from the University community and specifically the Food Service Advisory Committee, there was a desire for the availability of Dr Pepper,” said program director of UH Auxiliary Services Matt Prasifka in an email.

“There were no complications on this exception, but there are limitations on marketing and quantities available,” he added.

Despite some requests for Dr Pepper products to be sold, other students don’t have strong feelings about having the beverage on campus.

When deciding who to grant pouring rights to, the University went through a detailed process, considering companies other than Coca-Cola, which ultimately decided was the best fit.

“The University of Houston System went through a competitive bid process where interested companies responded to the Request for Proposal (RFP) for Beverage Pouring Rights,” Prasifka said.

“The respondents’ proposals and presentations were reviewed and evaluated by a committee, and it was determined that Coca-Cola provided the best proposal.”

The decision to keep Coca-Cola as the campus beverage provider considered multiple different campus demographics, including students. In the past, the University has partnered with Coca-Cola to serve students through the Coca-Cola First Generation Scholarship.

“Coca-Cola was selected by a committee consisting of representatives from UH athletics, students, faculty, staff and administrators,” Prasifka said.

“The decision was based upon multiple factors including sustainability initiatives, in-kind product donations and scholarship contributions.”

There are a limited amount of beverages not owned by Coca-Cola sold on campus, including Starbucks coffee and Chick-fil-A brand lemonade.

UH community members are allowed to have and drink non-Coca-Cola products as long as they don’t sell or share them with others.

“There are very limited exceptions to non-Coke products permitted on campus and are related to retail locations that carry specialty beverage products,” Prasifka said. “In addition, individuals may choose to consume non-Coke products for their personal use provided that they do not sell or distribute to the campus community.”