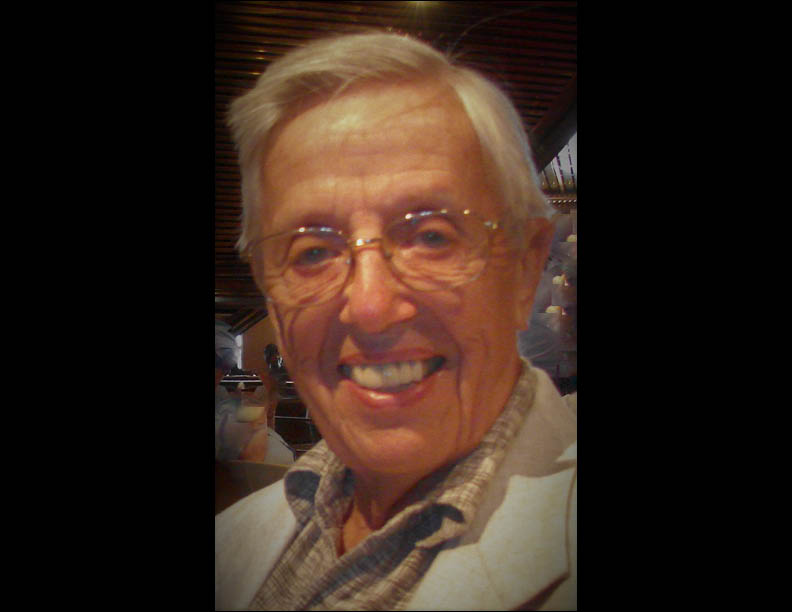 Courtesy of the Valenti School of Communication

Theodore Emery Stanton was a dedicated newsman and teacher and beloved husband, father and grandfather. He passed away after a long illness on Sept. 10, 2020, at his home in Houston with his wife, Susan, and stepdaughter Laura Butcher by his side.

His newspaper career took him from the Caller-Times in Corpus Christi, Texas, to the Wall Street Journal in New York City, where he worked as a reporter and editor, and as the first editor for the Dow Jones Broadcasting Service. He left the Journal after 13 years in 1970 to become the managing editor of the Daily Idahonian in Moscow, Idaho. During his 12-year tenure at the Idahonian he also taught journalism classes at the University of Idaho and took a mid-career sabbatical to teach at the University of Houston.

He took up teaching full time at the University of Houston’s School of Communication in 1982, where he taught for 25 years until his retirement in 2007.

Throughout his life he loved to play tennis and basketball and rode his bike to work for years at the Daily Idahonian and at the University of Houston. Everywhere he went he created a warm circle of friends and colleagues.

At UH he taught classes in reporting, journalism law and ethics, and opinion writing, and he was the adviser for the student newspaper, The Cougar. For years he ran the internship program for students in the School of Communication and helped hundreds of students launch careers in media across Texas and the United States. On his retirement, many former students wrote of his impact on their lives and careers, including Texas State Rep. Rick Noriega, who introduced a resolution honoring his service into the Texas state records.

The Association for Education in Journalism and Mass Communication awarded him the Robert P. Knight Award for Multicultural Recruitment for launching the Houston Chronicle-University of Houston Summer High School Journalism Workshop, which he led for 17 years. It brought high school students from across Houston into the Chronicle newsroom for four weeks in the summer to take classes from professional reporters, editors and photographers, and produce their own daily paper.

In addition, he created a First Amendment Workshop that assembled 500 high school and college students with 50 journalism professionals for a round table discussion of First Amendment issues.

During his teaching career, he was honored by UH with the George Magner Award for Excellence in Undergraduate Education. The Houston Press Club named him the 1996 Outstanding Journalism Educator. In 1998 he was given the Liberty Bell Award from the Houston Young Lawyers Association to honor his community service

Ted was born in Norwalk, Connecticut, on Nov. 16, 1929, the son of Sanford E. Stanton and Maurie (Culhane) Stanton, and grew up in the Queens neighborhood of Forest Hills. His father was a newsman and theatrical producer and his mother had been a stage performer under the name Maurie Madison. He graduated from Colgate University in 1951 and earned a master’s degree in journalism from Columbia University in 1952.

He volunteered for the U.S. Army in 1952 and served as an Information Specialist with the Third Infantry Division in Korea, where he was awarded the Korean Service Medal with two Bronze stars. He also served with the Fourth Armored Division in Fort Hood, TX.

After being discharged from the Army he went to work at the Corpus Christi Caller-Times in Texas where he married fellow reporter Georganna Mitchell in 1956. They moved in 1957 to Staten Island, New York, where he joined the Wall Street Journal, and raised four children, Robin, Kevin, Michael and Kathryn. In 1970 they moved the family to Moscow, Idaho, when Ted became managing editor of the Daily Idahonian. On the death of Ted’s sister, Flora Mae Corrigan, Ted and Georganna also took in their niece and nephew, Katy and Ray Corrigan, as part of the family in Moscow.

After most of the children were grown, Ted and Georganna moved to Houston in 1982 when Ted began teaching at UH, but they maintained strong ties to Moscow, where their daughter Kathryn lived. They were married for nearly 40 years until Georganna’s death in 1995.

In 2000, Ted married Susan Butcher and the two enjoyed 20 years of love and companionship. Together they traveled the world and the United States, visiting state and national parks from Acadia National Park in Maine to Big Sur in California. They made homes in Houston and Durant, Oklahoma, where Ted wrote for the Durant Democrat in his retirement. They returned to Houston in 2017. Susan cared lovingly for Ted in his final illness, enabling him to remain comfortably at home for the last two years of his life.

The family said no services are planned.