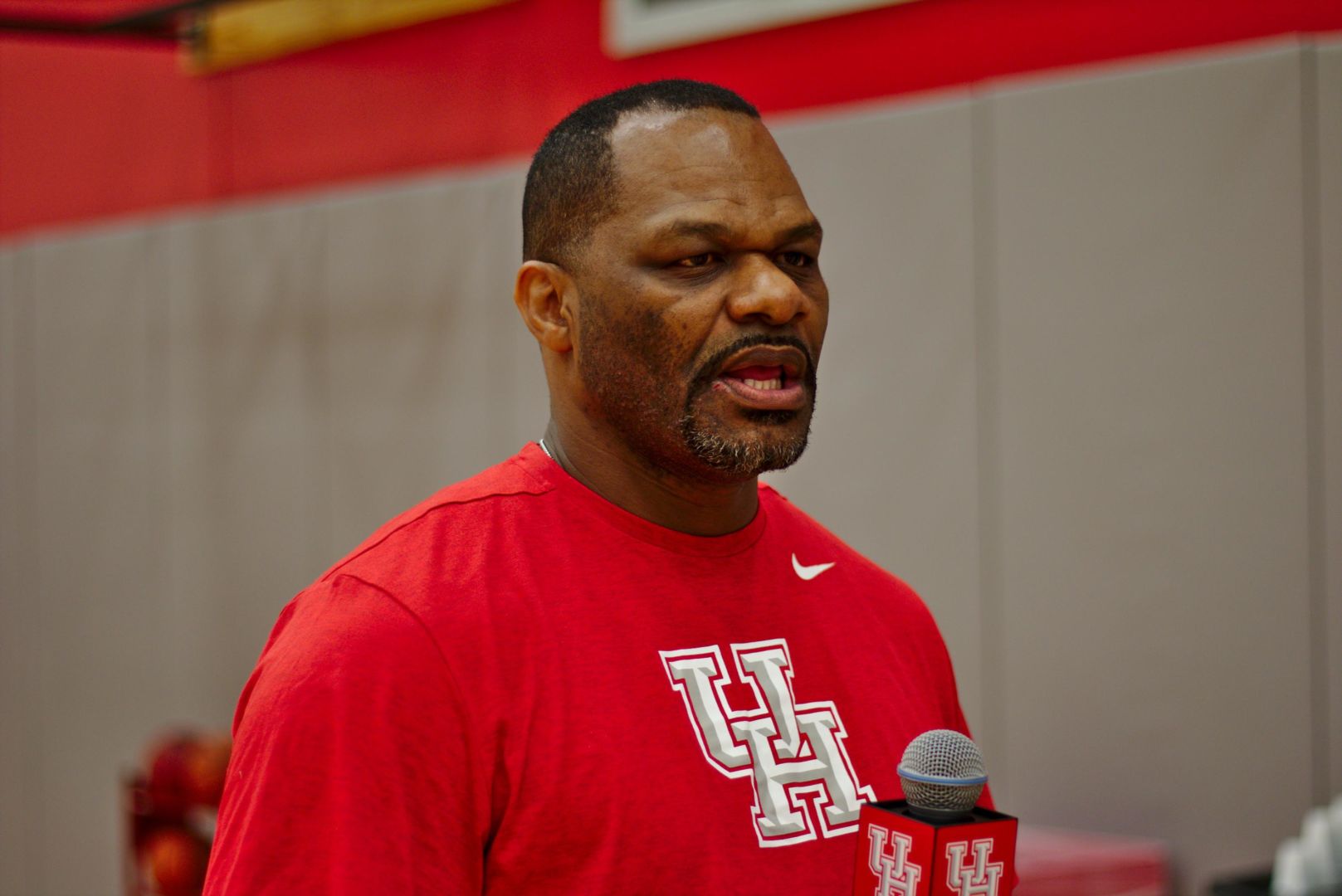 Despite the long, escalating, melancholic year that 2020 has been, it has been the exact opposite for the UH women’s basketball team.

Since the summer when the University hosted a series of Zoom conferences with fans, head coach Ron Hughey and his team has spread that this season will be a redemption tour after a 12-19 campaign in 2019-20.

One of the key reasons for UH’s optimism is because of freshman guard Laila Blair, who along with a plethora of other new faces, will wear a Houston jersey for the first time this season, and last Wednesday, Hughey gave her as high of praise he possibly could.

“She’s gonna have a tremendous career here,” Hughey told reporters via a Zoom meeting. “She’s on a path (where) the sky’s the limit for her … Chandi Jones sky-high.

“She’s the one that can blow this University up.”

Now, for those who may not know of Jones, she is arguably the best women’s athlete to ever compete for the Cougars, and the list of her accolades makes a compelling case in favor of it.

During her time with UH from 2000-04, Jones scored 2,692 career points. In 2003, she averaged 27.5 per contest in route to winning the NCAA scoring title, and a season later led the Cougars to a No. 9 ranking in the AP poll and an NCAA tournament game win.

She was named the Conference USA Female Athlete of the Decade and was the No. 8 pick in the 2004 WNBA Draft.

While Blair has much to do before she lives up to Hughey’s ceiling, she has begun to show the Cougars what she is about in person.

“When she carries that focus over to the basketball court,” Hughey said, “she is tremendous.”

Blair is constantly in the Cougars’ facilities working on a way to get better the head coach said.

“She’s opening up the building and closing (it),” Hughey said.

While Houston is still following coronavirus guidelines, which has the team doing everything in stations and small groups, and will not be allowed to hold an official practice until Oct. 14 after the NCAA announced the start of the 2020-21 season for Nov. 25, the 5-foot-7-inch guard has made an impression.

Hughey said that Blair has worn out the HomeCourt app, which the Cougars have used so the players can record their own progress during sessions by measuring their shots, tracking their shooting percentages, shot arc, release time and other things.

“With the (new additions) that will now be eligible to play, I’m just excited because I’ve seen what they can do,” senior guard Julia Blackshell-Fair said back in June during the team’s Zoom Coaches Caravan session.

While Blair averaged 24.5 points per game, 5.5 rebounds and 4.5 assists her senior year at Waller High School, it will be intriguing to see what mark she makes at UH.