‘I think that we did what we wanted to do,’: UH’s defense dominant in win over Tulane 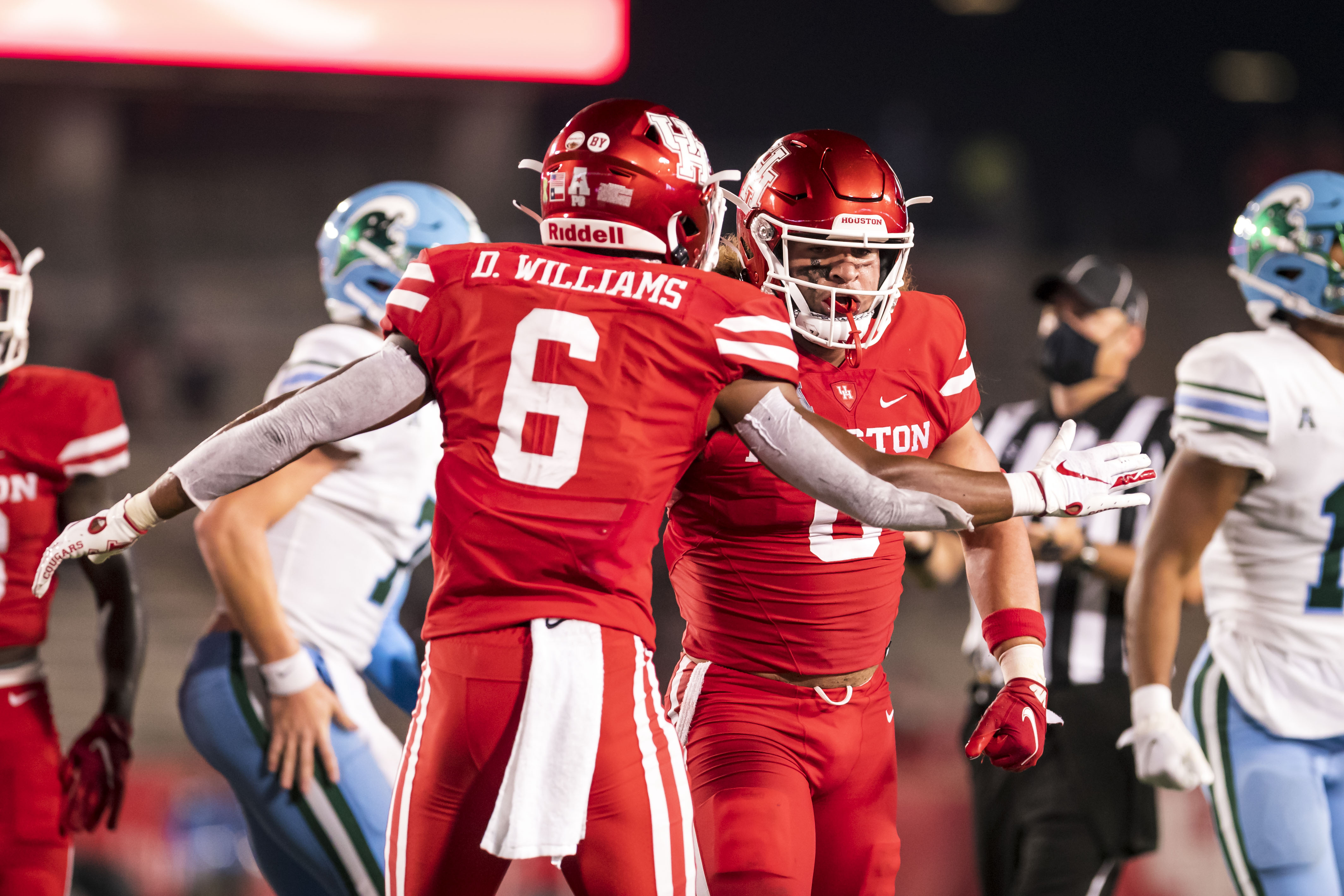 The UH football team went on a wild ride on Thursday that started in a straight free fall after committing three first-quarter turnovers, which quickly let Tulane build a double-digit lead.

However, the glue that held the Cougars together was without a doubt their defense that played dominant for numerous stretches and did not allow the Green Wave to run off and hide early, which has left the coaching staff and the unit itself excited for what they can do in 2020.

Earlier in the week, Houston’s defense knew that it was going to have to play strong to win, especially against Tulane’s rushing attack, which was No. 1 in the American Athletic Conference entering Thursday night, but its performance made the Green Wave one-dimensional and there was rarely a point where Tulane’s offense seemed confident in what it was doing.

Houston did not allow Tulane to convert on a single fourth-down conversion on three tries and held the Green Wave to only four third-down conversions out of 16 attempts.

As for Tulane’s rushing attack, it was almost non-existent too. The Cougars held the Green Wave to only 70 rushing yards on 45 carries, which was also the first time all season that Tulane did not have a 100-yard rushing performance as a team.

“It shows our gap integrity,” Stuard said. “That shows us that we (were) ready for those formations. They had nowhere to run. They had no choice but to run through us and that (wasn’t) going to happen.”

Houston’s stellar defensive performance did not just rely on a couple of individuals either. It was a total team unit, which head coach Dana Holgorsen touted about after the contest

“We just kept rotating fresh people in there. That looked great,” Holgorsen said. “We were able to play four different linebackers, had two safeties go down, and two other safeties went in and played good.”

Thursday night’s performance against the Green Wave was a complete script change from a season ago when the Cougars statistically had one of the worst defenses in the AAC.

They gave up the second-most yards per game and were 10th in interceptions in the conference, however, the team’s defensive unit wasn’t surprised at all by their performance.

When asked, Stuard said that he knew how talented and deep the defense was last season when he saw all the players in the scout team during practice, and he was not alone with this sentiment.

“I’ve always seen it,” senior defensive lineman Payton Turner said. “It was finally nice to do it in front of a live audience.”

Now with their first game behind them, the Cougars have the film to see areas they still need to improve on, but also have their goals high for 2020. If they can string together the dominant performance that they had from the second quarter onward for most of the season, they will be a big problem in the AAC.

“(Houston) can compete for a conference championship,” Turner said. “That’s the goal obviously.”