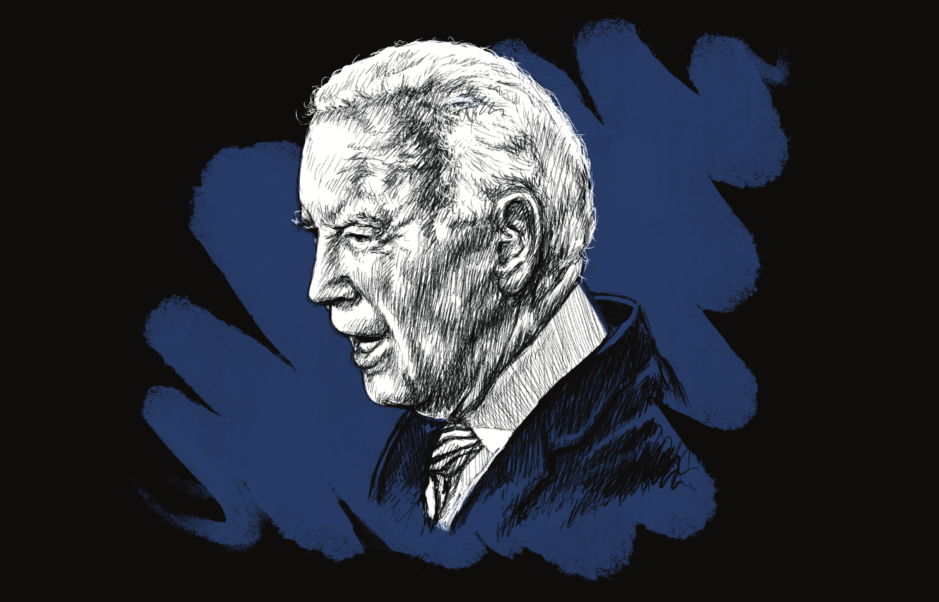 President Joe Biden had his inauguration ceremony on Wednesday and emphasized the necessity for national unity in his first presidential address to the nation. | Renee Josse De Lisle/The Cougar

President Joe Biden was sworn in as our nation’s 46th president on Wednesday at an inauguration ceremony that looked a little different than celebrations of years past.

A smaller crowd and increased security personnel brought the ongoing pandemic and the memory of the Jan. 6 Capitol riot into sharp focus.

“Concerns about both security and the coronavirus were certainly quite evident,” said political science professor Elizabeth Simas.

“However, I think that the security concerns were less noticeable or glaring than they would have been were it not for the pandemic … Even if the Capitol riot had not occurred, the inauguration would have been much smaller and socially distanced anyway.”

For some, like College Democrats social media director Ivan Duran Puerte, the inauguration ceremony marks an achievement for the nation.

But for others, including finance senior Kenneth Rivera, Biden’s inauguration ceremony meant “almost nothing.”

“(Biden’s) an improvement over (Donald) Trump, but he’s far from what we asked for,” Rivera said. “A compromise, to say the least.”

Biden emphasized national unity in his inauguration speech, urging Americans to come together to tackle challenges facing the U.S.

Biden’s inaugural address came as a stark contrast to former President Trump’s in 2017.

Trump’s inauguration speech portrayed America as a nation in jeopardy, plagued by what he termed “American carnage.” Biden’s address acknowledged the nation’s challenges, but focused on the U.S.’s resiliency in the face of adversity.

“Through a crucible for the ages, America has been tested anew and America has risen to the challenge,” Biden said. “To overcome these challenges – to restore the soul and to secure the future of America – requires more than words. It requires that most elusive of things in a democracy: unity.”

Biden noted the challenge of achieving that unity and specifically addressed those who did not vote for him, stating that “disagreement must not lead to disunion.”

An end to the “uncivil war”

Biden did not shy away from addressing the violence that occurred at the Capitol two weeks before the inauguration.

“We must end this uncivil war that pits red against blue, rural versus urban, conservative versus liberal,” Biden said. “We can do this if we open our souls instead of hardening our hearts. If we show a little tolerance and humility.”

Biden added that the nation is facing “an attack on our democracy and on the truth,” and invited people to rise to the challenges presented by the coronavirus, inequity and the climate crisis.

Biden underscored the need for a bold approach to the hurdles the nation faces to bring about change.

“It is a time for boldness, for there is so much to do,” Biden said. “And this is certain, we will be judged, you and I, for how we resolve the cascading crises of our era. Will we rise to the occasion?Will we master this rare and difficult hour? Will we meet our obligations and pass along a new and better world for our children? I believe we must and I believe we will.”

After the inauguration, Biden signed 17 executive orders that dismantled Trump administration policies on immigration, climate change, racial and LGBT equity and the economy.

This included adding support for the Deferred Action for Childhood Arrivals program, reentering the U.S. in the Paris climate accords and ending the so-called Muslim ban, among others.

“The world is watching today. So here is my message to those beyond our borders: America has been tested and we have come out stronger for it,” Biden said. “We will repair our alliances and engage with the world once again. Not to meet yesterday’s challenges, but today’s and tomorrow’s.”