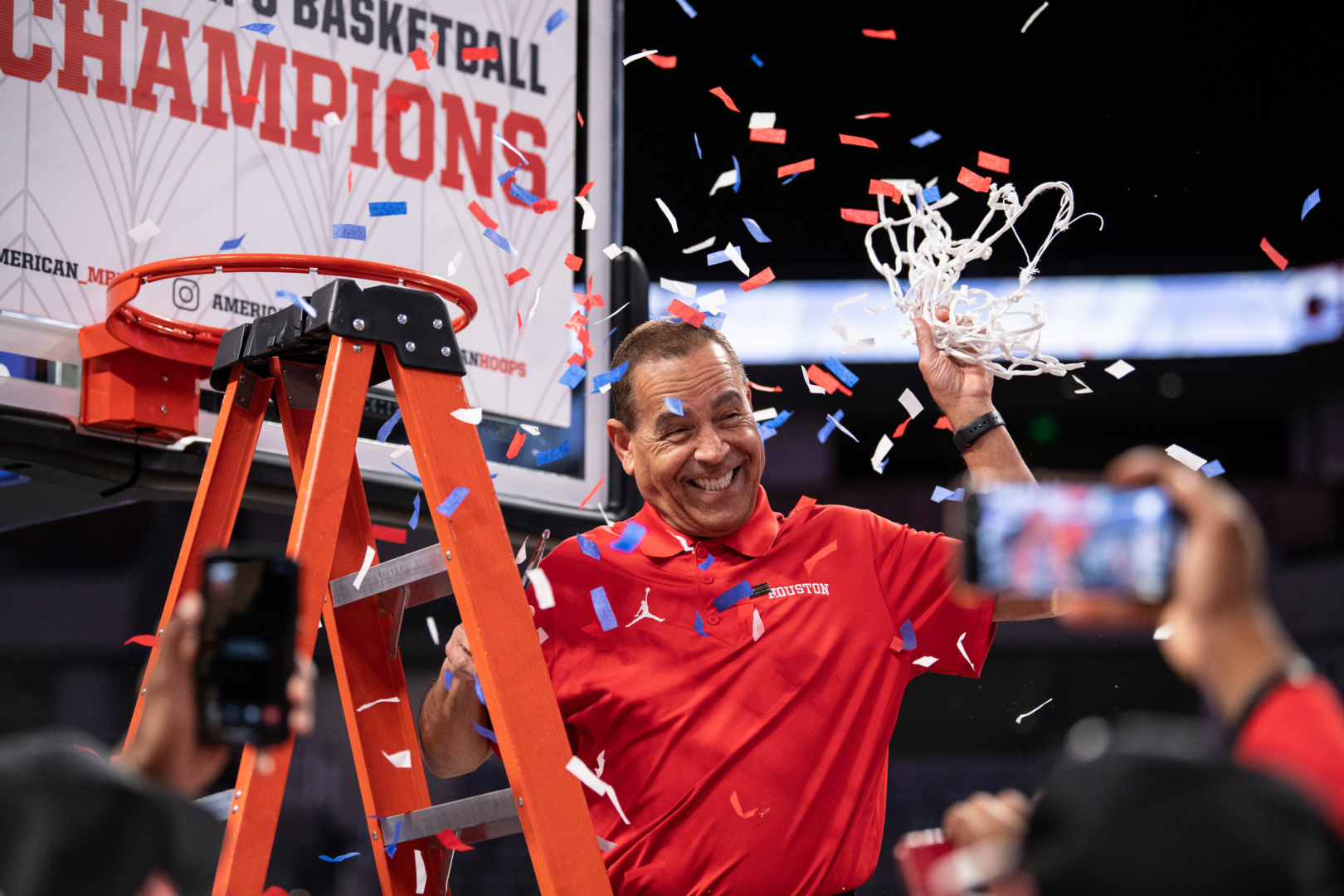 The 2020-21 season was a historic one for Houston basketball. Not only did the Cougars put together their sixth consecutive 20-win season, but UH won its first conference tournament title since 2010 and earned a No. 2 seed in the NCAA Tournament, its highest seeding since 1984.

But all these accomplishments mean nothing in March, as every team is given a blank slate. History has proven that anything from a 16th seed knocking off the tournament’s overall top seed to an eight and 11th seed both making the Final Four in the same year can happen during this month of madness.

While UH certainly has momentum in its favor after rolling through the regular season and American Athletic Conference Tournament, the Cougars have to do three things if they are to make a deep run in the Big Dance.

Despite not having a single-player on the roster taller than 6-foot-8-inch, the Cougars have been one of the country’s best rebounding teams because of the energy and effort in which they crash the glass.

Led by senior forward Justin Gorham, who emerged as one of the best rebounders in college basketball with nine boards per game, UH ranks No. 8 in the nation with a plus nine-rebound margin per game.

More importantly, the Cougars have the second-best offensive rebounding percentage in the NCAA at 39.5 percent. Controlling the offensive glass is critical for a UH team that head coach Kelvin Sampson has repeatedly described as a second and third shot team.

It is not that the Cougars are not capable of shooting the lights out, but the problem is consistency in terms of shooting as UH ranks 152nd in the country with a 44.41 team field-goal percentage.

Winning the rebound battle, especially of the offensive boards to create second-chance opportunities, will be essential for the Cougars if they are to make it deep into the tournament.

To get out of the Midwest Region, UH will likely have to go through teams like West Virginia and Illinois, who each have multiple players 6-foot-10-inch or taller, so aggressively crashing the glass will be even more key for the undersized Cougars to create more scoring opportunities.

Marcus Sasser could not miss to begin the 2020-21 season. The sophomore guard scored double-digits in 12 of his first 15 games to open the year, including hitting three or more 3-pointers in nine of those games.

But Sasser cooled off greatly in UH’s final six games of the regular season, averaging just over eight points per game and shooting an extremely low 15.8 percent from beyond the arc.

The Cougars have an elite scorer in junior guard Quentin Grimes, who averaged 18 points per game and shot 40.8 percent from 3-point range on his way to being named an All-American and being named the AAC Player of the Year.

Grimes will likely be UH’s go-to guy during crunch time in the tournament, but one scorer is not enough for a team to play late into March and early April. Sasser, who has the ability to be a deadeye marksman, must be that second scoring option for the Cougars.

The good news for UH is that Sasser appeared to break out of his slump in the AAC Tournament, as the 6-foot-1-inch guard averaged 14.66 points and shot 34.78 percent from deep.

The Cougars are hoping that this is a sign that Sasser has returned to his normal sharp-shooting self and that his scoring will help propel UH through the Midwest Region.

3. Stick to its roots

It is pretty simple. Anyone who does not play defense will never see the court on Sampson’s team because everything starts on the defensive end of the floor for UH.

From always being in a position to take a charge to being the first one on the floor when the ball is loose, Sampson preaches doing all the little things right on defense and it has paid off. UH boasts the NCAA’s No. 2 ranked scoring defense giving up just 57.9 points per game.

Senior guard DeJon Jarreau is the heart and soul of the UH defense and sets the tone each and every game for the Cougars.

And even though UH is not the biggest team in the country, there are several capable shot blockers on the roster including senior forwards Brison Gresham and Fabian White Jr. along with redshirt freshman forward J’Wan Roberts.

Sticking to their roots as a tough and physical defensive-minded team is essential to the Cougars’ success and it will play a bigger and bigger role the deeper they go into the tournament.

Although cliché, “defense wins championships” could not ring any truer for this UH basketball team, if the Cougars are to bring home the first national title in program history, it will start on defense.