After long season, UH just a win away from Final Four UH head coach Kelvin Sampson in the Sweet Sixteen round of the 2021 NCAA Division I Men’s Basketball Tournament held at Hinkle Fieldhouse on March 27, 2021, in Indianapolis, Indiana. | Photo by Jamie Schwaberow/NCAA Photos via Getty Images

When the Houston Cougars step onto the court to play against Oregon State, it will have been 13,518 days since it last played in an Elite Eight matchup.

Back then, Akeem Olajuwon, Michael Young and Rickie Winslow, among others, led the Cougars into the regional final and got the team all the way into the NCAA Tournament Championship Game against Georgetown.

Now, 37 years later, the Cougars have returned. A journey that saw UH go through seven different head coaches, which included the final two years of Guy V. Lewis’ coaching stint with the program and current coach Kelvin Sampson arriving in 2014.

“Just think of all the people that have come and gone since then,” Sampson said after UH’s Sweet Sixteen win over Syracuse. “What happened 37 years ago … that was tremendous. That was great. That’s one of the great teams of all time.”

Sampson isn’t good at living in the moment, at times to a fault, as his mother used to tell him. He struggled to find the words to process what the Cougars had accomplished on Saturday.

The stern Sampson said he had been so lasered in on beating Syracuse that he did not think about the historic ramifications. While he knows the program is achieving success it only saw during its glory days, he wants the focus to be on the present as well.

When Sampson first arrived at UH, the glitz and glitter of the Phi Slama Jama days were a distant memory. The basketball facilities at the University were in bad condition, and according to the head coach, the apathy for the program was strong.

But that was no deterrent for Sampson. In fact, it made it more appealing.

Sampson had a vision, and he just needed to make sure the administration at the University was on board, too.

It is why when he went out to lunch with Tilman Fertitta, the chairman of the UH System Board of Regents, back before Sampson began any of the changes he envisioned, the UH head coach needed to see Fertitta show his commitment.

Once Sampson saw that Fertitta was hooked on his vision and had his support, along with the school’s athletic director at the time Mack Rhoades and others, Sampson went to work.

Now several years removed from the days of walking around campus with the Spirit of Houston, the marching band and a bullhorn to convince people to go see the men’s basketball games, the program finds itself a win away from getting back to the Final Four. 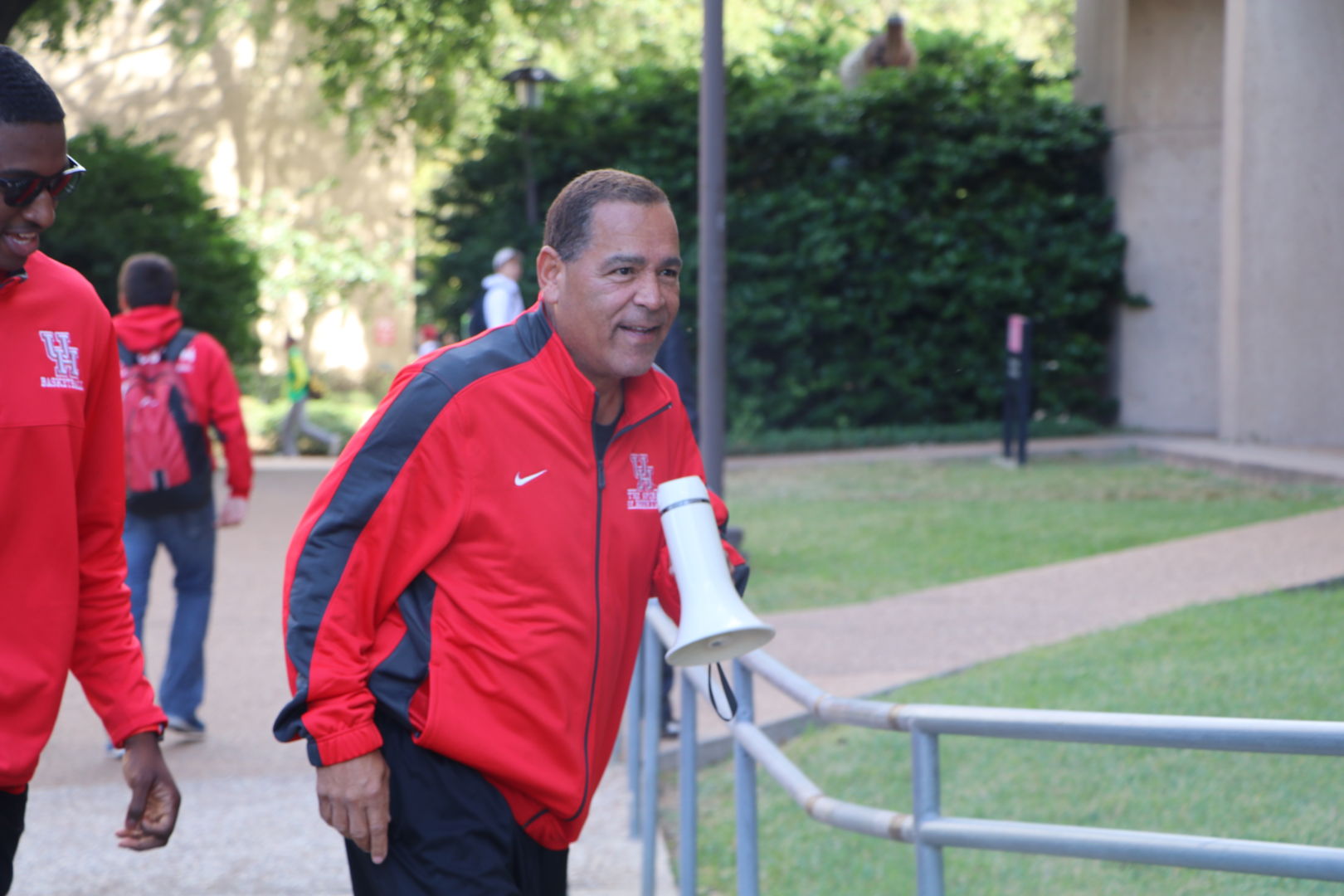 While this current iteration of the Cougars isn’t known for their flashy dunks and run and gun offense, they do have their own identity.

It’s no surprise it is similar to Sampson’s personality. This version of UH loves being a blue-collar type of team. It wears opponents out, and not all 40 minutes on the court will look pretty, but that is something the Cougars prefer. The messier the better.

“It means a lot because basketball here at the University of Houston had a little fall off from getting to a national level,” UH senior guard DeJon Jarreau said on Sunday afternoon. “(We’re) trying to follow in their footsteps what they did back in the 80s, just trying to keep it going, trying to keep the excitement back to the city and the University.”