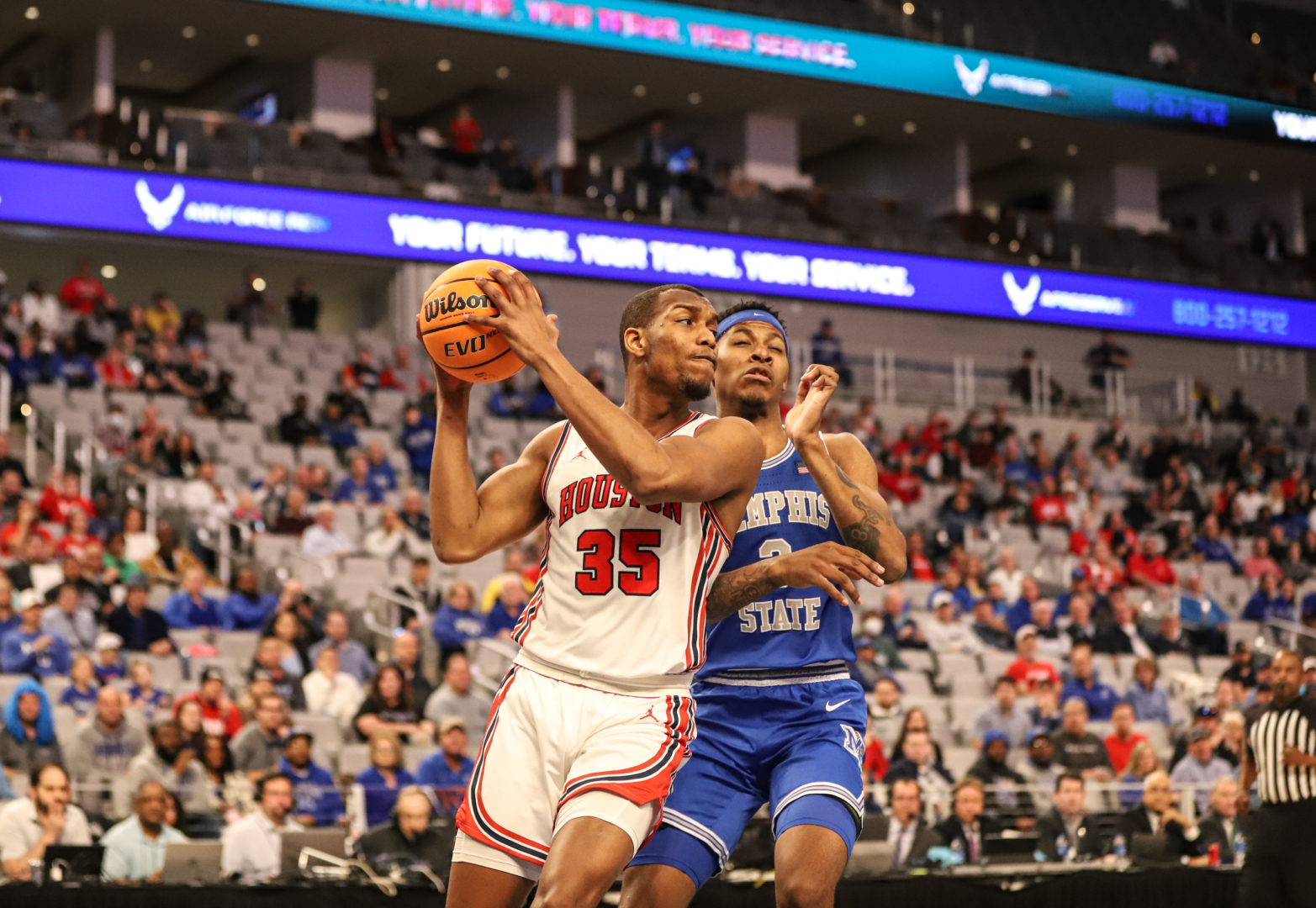 FORT WORTH — Top-seeded UH clinched back-to-back American Athletic Conference Tournament titles with a 71-53 victory over No. 3 Memphis on Saturday.

A fast-paced, physical start to the game between both teams saw graduate guard Fabian White Jr. score the first two buckets of the game for the Cougars.

Two fouls inside the first four minutes for sophomore guard Jamal Shead pulled him out of the game, yet the Cougars only trailed 5-4 at the first timeout of the first half.

Graduate guard Taze Moore stepped up and produced a 6-0 on his own to hand the Cougars a 10-5 lead nearing the midway point of the first half.

The Cougars continued to play through momentum to extend their lead to 20-11, but the Tigers did not back down early and fought back to cut the deficit to 23-16 with 7:05 left in the half.

White was a force for the Cougars in the first half as he lead all scorers with 14 points.

Moore posted eight points in the first half while senior guard Kyler Edwards had six points.

Despite the 12-point difference at the half, both teams were even on the boards with 18 rebounds apiece while also shooting over 40 percent from the field.

Memphis started off strong in the second half, but UH quickly swung momentum back in its direction with an 8-0 run to stretch its lead to 44-29 with 16:47 left in the period.

The Tigers quickly cut the deficit to eight with momentum starting to sway in Memphis’ direction.

Past the midway point of the second half, both teams continued to trade scores on both ends of the court as UH held on top a 51-44 lead with 7:45 remaining in the game.

UH grew its lead back to 11 with just under five minutes to play held on to its double-digit lead nearing the final two minutes.

Down 14 with two minutes to go, Memphis looked out for the count and went scoreless in the last 3:07 as UH closed out the victory to avenge the Tigers’ regular-season sweep of the Cougars.