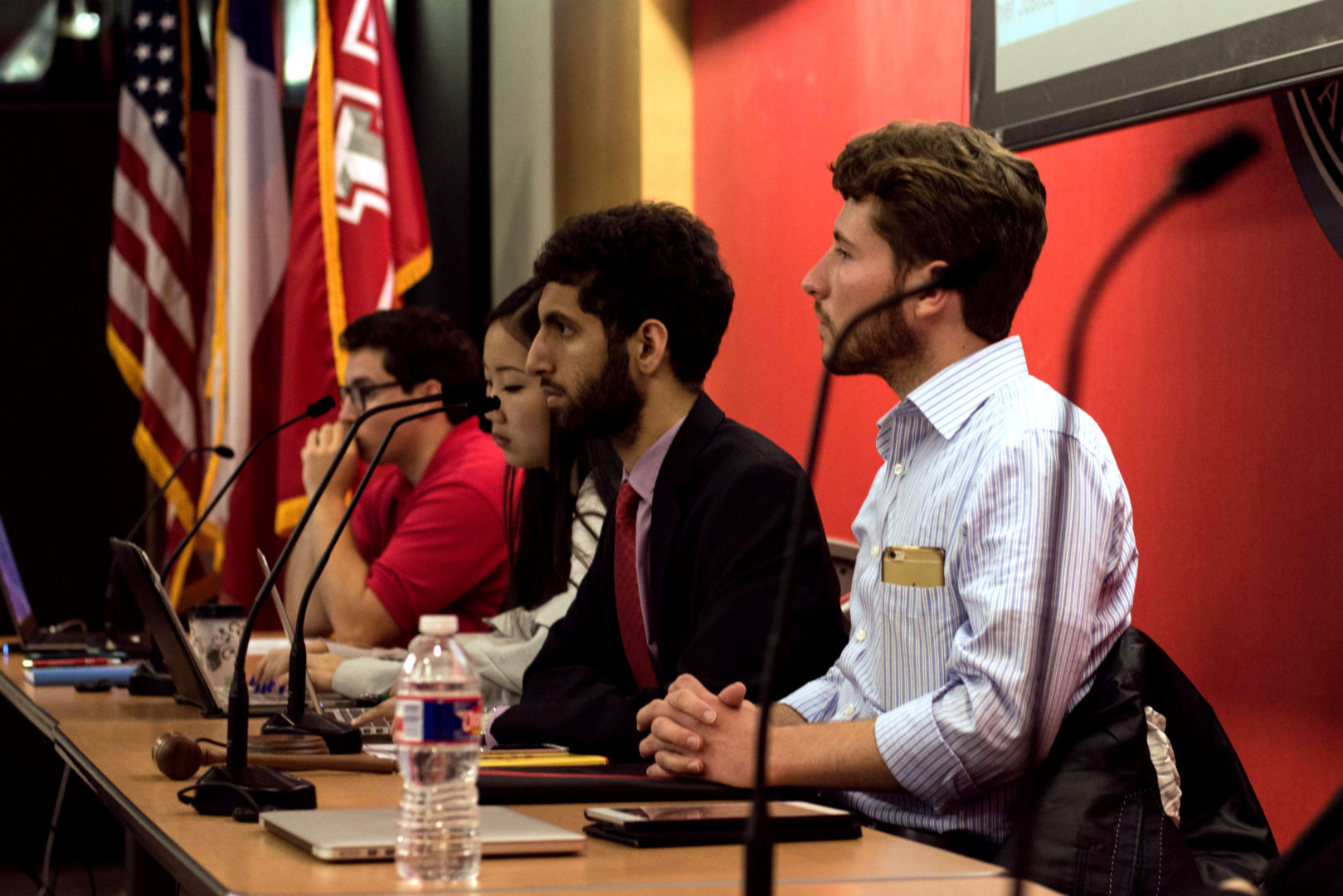 The Student Government Association Senate approved senator appointments in the Bauer College of Business and the Cullen College of Engineering. | File photo/The Cougar

When Student Government Association President Shane Smith was a freshman, he realized something was off with meal plan pricing.

After crunching the numbers, he realized residents were being overcharged for dining hall swipes, and ever since, he’s been a frequent advocate for fair and transparent food service on campus.

At Wednesday night’s SGA Senate Meeting, Smith was approved to serve again on the Food Service Advisory Committee in one of four appointments made during the unusually short meeting. Senators for the Bauer College of Business and the Cullen College of Engineering and a graphic designer for the Executive Branch were also approved.

“The committee has its own problems in the sense that the committee has become an Aramark update committee,” Smith said. When he served as chairperson on the FSAC last year, Smith said he often had to cut short Aramark’s hours-long speeches. “It’s not what it should be, and I don’t think that anybody else will cut them off. I don’t want to waste another year.”

Management senior Sean Glacier, who served as vice president in the SGA at Lone Star College’s North Harris campus, was appointed as a Bauer College of Business Senator. Senators said they liked the diversity he would bring to the Senate as a management major and transfer student.

Newly appointed Cullen College of Engineering senator Jacob McLaney laid out his proposal for a 24-hour study space for his college and plans to work with engineering professors to prevent tests scheduled too closely together. McLaney also argued for his model of leadership.

“A leader is someone who should be in it with everyone. They should be working as hard or harder than everyone,” McLaney said.

Smith also announced the closure of Chinese Star Restaurant, the only family-owned business that takes Cougar Cash on campus, Smith said. Aramark, which operates most other dining locations on campus, may manage the retail location that replaces the small business.

The University plans to send out a survey next week to see what kind of restaurant students want to see in its place, Smith said.

Smith mentioned a proposal from the Division of Administration and Finance that would allow students to spend Cougar Cash on alcoholic beverages. He said the proposal was introduced mainly so students could purchase alcohol at sporting events on campus.

“We were able to register over 500 voters, which was really successful and a lot more than I had expected originally,” Catlettstout said.

During his presidential report, Smith announced the creation of four new SGA task forces. He said they will focus on transfer orientations and campus tours, food quality, international student life and campus diversity. Task force involvement will first be open to current SGA members, with the potential to become available to the rest of the student body.