Cougars remain No. 6 in AP Poll despite big win 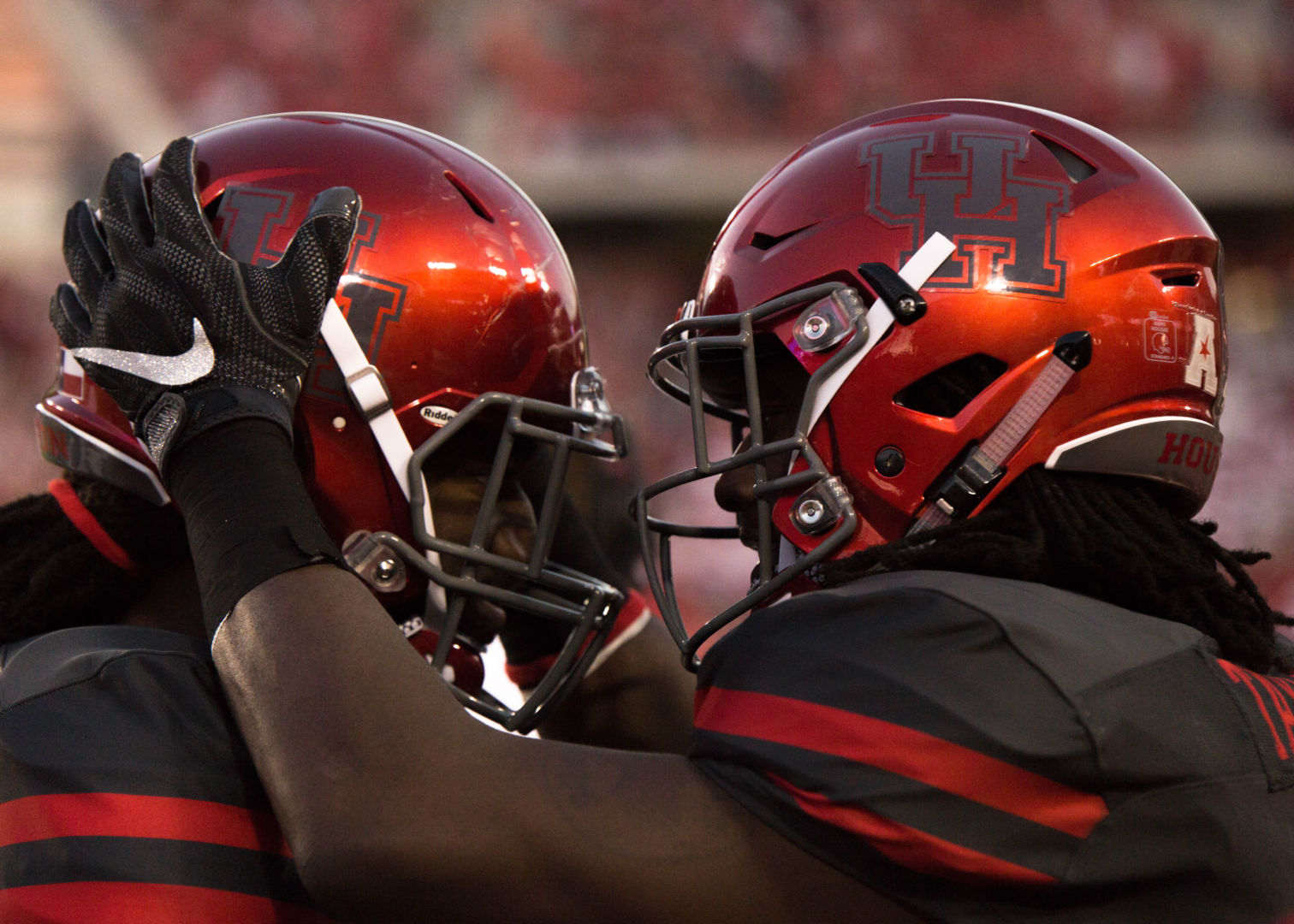 The Cougars celebrated with a big win on Thursday, but it wasn’t enough to move them up in the latest edition of the AP Poll. | Ajani Stewart/The Cougar

In the latest round of the AP Poll Top 25 rankings, the Cougars remained sixth despite one team in the top five losing.

The University of Alabama and Ohio State University remain in the top two spots after both teams won their respective games by a large margin.

The Cardinals moved to No. 7 after their defeat and are the highest-ranked one-loss team. As of now, the team is the sole remaining ranked opponent that UH will play.

University of Washington, who came out of Friday with a convincing 44-6 win over former No. 7 Stanford University, jumped the Cougars and moved into the No. 5 spot. Stanford dropped to No. 15.

Making a statement of their own, the Cougars atoned for their sole loss last season with a 42-14 victory over the University of Connecticut Huskies.

In the new rankings, Washington and Houston are separated by just one point.

The Cougars remain the top-ranked team in Texas for the fifth week in a row despite the stagnation. Texas A&M University is second in Texas and comes in at No. 8 in the latest poll after pulling out a 24-13 win against the University of South Carolina.

Wisconsin, Stanford, Florida State and the University of Utah all moved down in the poll after losing Saturday. They moved down to No. 11, No. 15, No. 23 and No. 24.

The University of Oklahoma re-emerged at No. 20 after dropping out of the poll the previous week.

No. 21 University of Colorado, No. 22 West Virginia University and No. 25 Virginia Tech also made their first appearances in the AP poll this week.