Cougars’ keys to success a quarter way through 2019 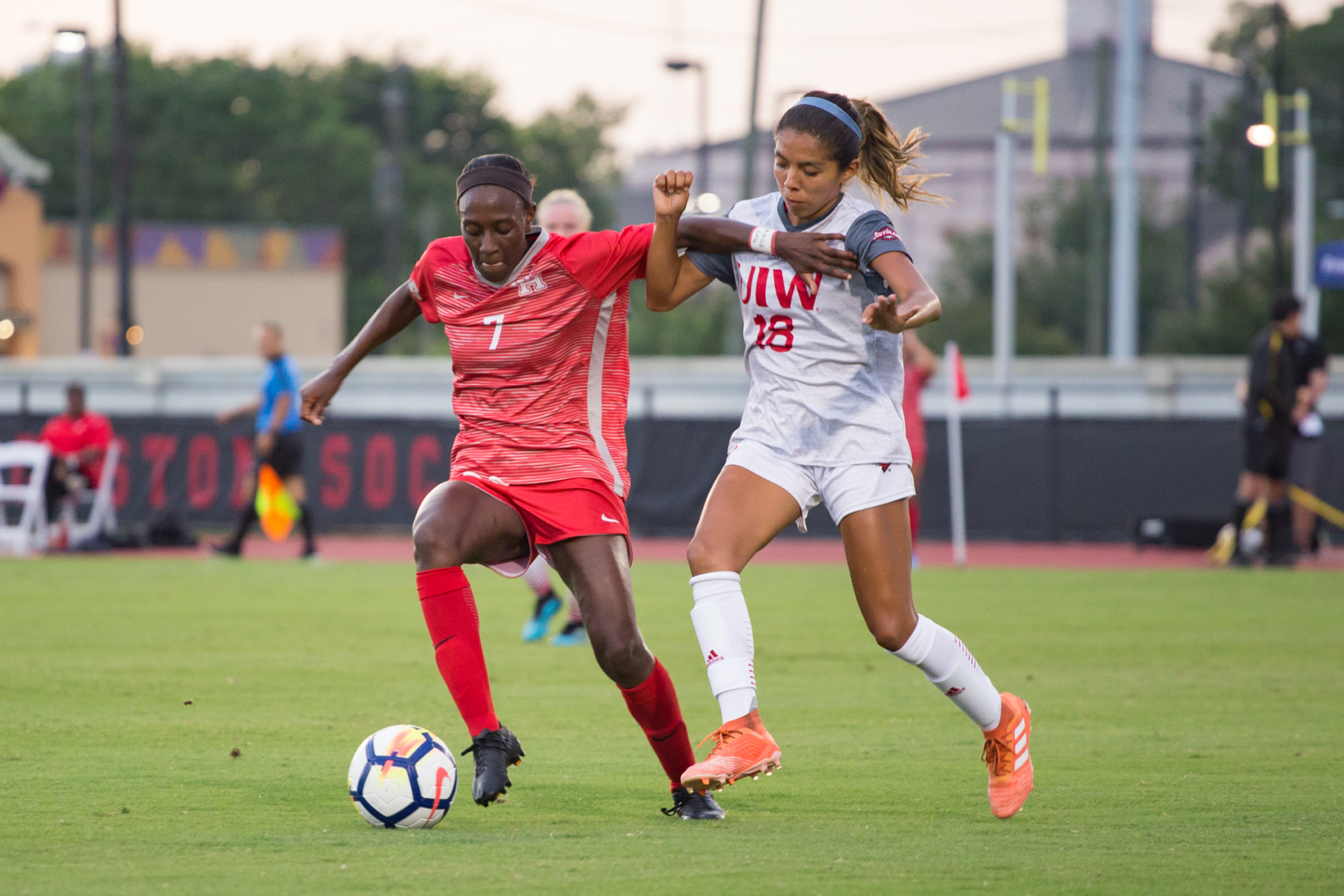 With a quarter of the season already in the books for Houston, the Cougars do not look like the best team they can be.

Led by head coach Diego Bocanegra, UH has lost four tough games on its schedule, which is halfway through its non-conference portion.

While the Cougars have not been the hottest team in their first few games, Houston has potential to improve with some changes.

One of the biggest issues for Houston in the season so far has been its lack of production on offense.

The Cougars have the means to score — they have put up 42 shots on the season to their opponents’ cumulative 41 and 20 shots on goal to their adversaries’ 22. They cannot, however, find the back of the net when it matters most.

Houston has had good offensive outings in the season, namely its 3-0 win versus Sam Houston State and 3-1 victory over Incarnate Word, but it has been lackluster in others, such as its shutout 3-0 loss to Rice in the second game of the year.

Veteran players must step up.

Junior midfielder Mia Brascia and senior forward Desiree Bowen, who in 2018 combined for over a third of Houston’s goals, have both scored none in 2019 despite leading the team with seven and five shots, respectively.

Houston must also look to another aspect of its game.

When looking at the Cougars’ stat sheet for the season, most, like the shots and shots on goal, are pretty on par with opponents.

But one sticks out — the fouls.

Houston’s opponents have committed 27 fouls through the six games the Cougars have played, but UH has recorded 42, a big enough difference to cause losses.

The biggest example of this in 2019 was Houston’s Friday night loss to Cal State Fullerton, a game the Cougars lost because of a Titans penalty kick goal.

UH had led the game heading into the first half after goals from senior defenders Nolin Packer and Julissa DePaoli put Houston up 2-0, but a foul in the 51st minute inside the box by the Cougars and subsequent score by the Titans led to a CSUF comeback.

The penalty was the difference for the Titans, as they won 3-2.

In their next game, the Cougars again lost because of a penalty.

Houston and UC Riverside were tied heading into the second half of their Sunday afternoon matchup, but a foul late in the game gave the Highlanders the 1-0 win.

If Houston can control the amount of fouls it commits, the team, specifically its goalies, will benefit.

Senior goalkeeper Samantha Cude and redshirt freshman goalkeeper Koral Hughes have split time guarding the net for the Cougars, but the two are often overwhelmed by opponents’ offense, leading to scores that Houston’s attack cannot keep up with.

A good example of this is the game against the Owls. In a sequence led by Rice junior defender Mijke Roelfsema after a Houston foul, Owls senior midfielder Erin Mikeska broke through the defense and scored a header for the first goal of the match.

Cude, who started that Aug. 25 matchup, only nabbed one save that night.

Although she fared well in the game against the Titans, tallying two saves, Hughes has also found trouble protecting the goal.

Houston’s season is still young, but, as with any sport, the year can quickly slip away if the proper changes and improvements are not made.