State of the AAC: Memphis earns monumental victory over SMU 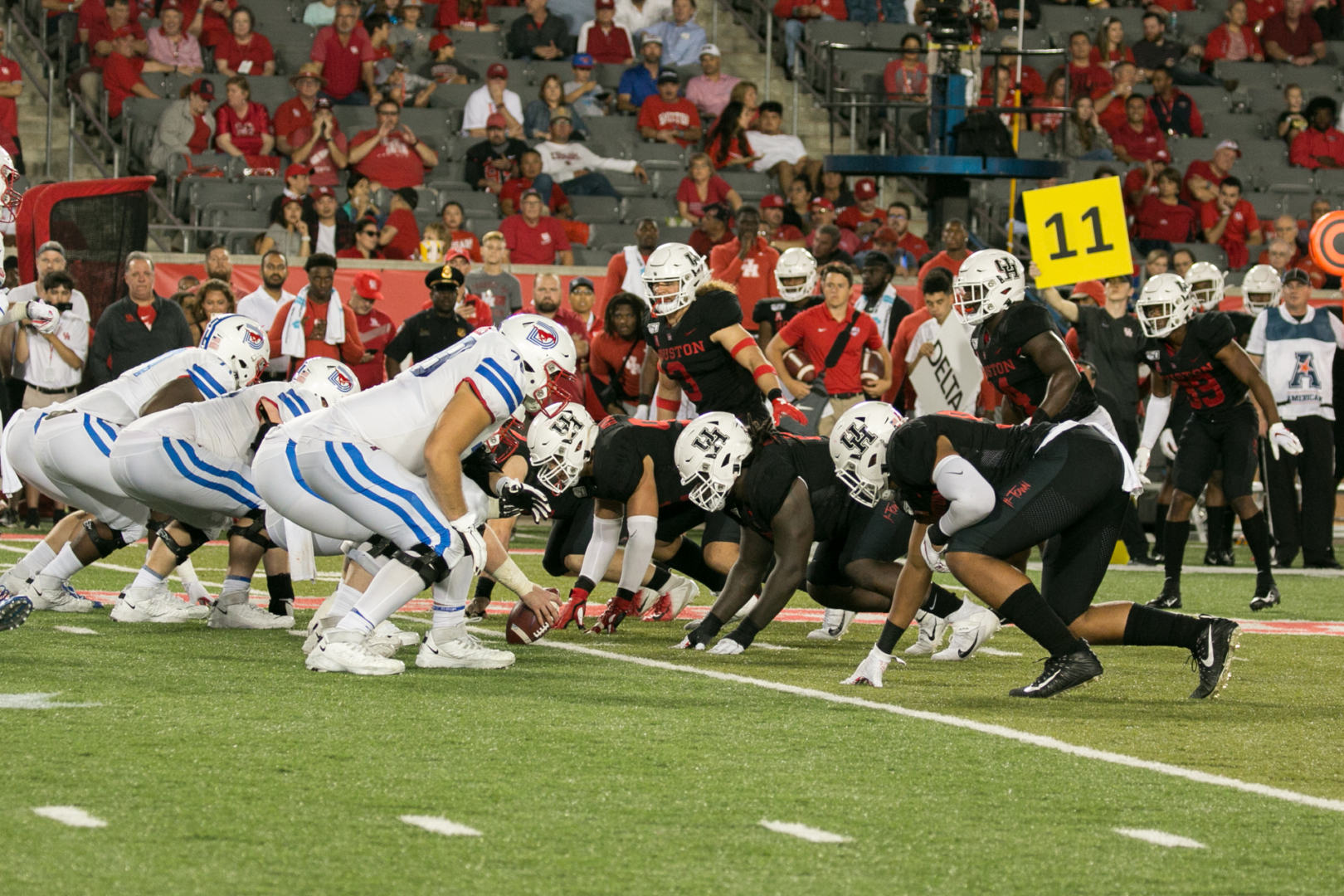 The SMU and Memphis matchup was the highlight of the weekend as Memphis squashed SMU’s hopes of continuing their undefeated conference play.  | Katrina Martinez/The Cougar

Saturday’s showdown in Memphis between two of the American Athletic Conference’s heavyweights was all one could hope for from a College GameDay match.

Then-No. 15 SMU and No. 24 Memphis combined to score 102 points, tally nearly 1,100 yards and score eight touchdowns in the second half.

In the end, the hosts, in front of a sellout crowd of 58,325, toppled the Mustangs 54-48, making the race for the AAC West a thrilling three-team battle as the season winds down to its final weeks.

Memphis (8-1, 4-1), now No. 19 in the nation, was led by a monumental outing from senior receiver Antonio Gibson, who tallied 386 total yards and three touchdowns.

Gibson was extremely efficient against the Mustangs as he averaged 53 yards on his three kick returns, 21.7 yards on his six receptions and 32.3 yards on just three carries. The Georgia native’s 25.3 yards per catch are the most in the conference.

Gibson’s prolific showing was not the only high-octane offensive occurrence in the top-25 matchup, however, as the quarterbacks for both teams lit up the scoreboards as well.

Buechele leads the conference in passing yards with 2,781, while White’s 2,511 yards put him at third.

Following the Tigers’ victory, Memphis, SMU and No. 25 Navy (7-1, 5-1) all sit with one loss in AAC play. Memphis defeated Navy earlier in the season, and SMU and Navy are set to meet on Nov. 23.

Navy returned to the AP Poll for the first time in over two years following its 56-10 rout of UConn (2-7, 0-5). The Midshipmen, the nation’s top running offense, accumulated 573 yards against the consistently-struggling Husky defense.

Four hundred and eight of Navy’s yards came on the ground in Friday’s game, with senior quarterback Malcolm Perry leading the way with 108 yards and two touchdowns.

Malcolm was one of four Midshipmen to record a rushing touchdown, as sophomore fullback Jamale Carothers found the endzone three times and junior fullback Nelson Smith and freshman quarterback Perry Olsen each recorded one of their own.

Perry also completed three of his six pass attempts for 165 yards, his most of the season, and another touchdown.

No. 17 Cincinnati (7-1, 4-0), the other ranked AAC side, managed to hold its lead in the AAC East thanks to graduate transfer Sam Crosa’s 32-yard field goal as time expired, leading the Bearcats to victory over ECU 46-43.