About half of UH football seniors to return in 2021, Dana Holgorsen says 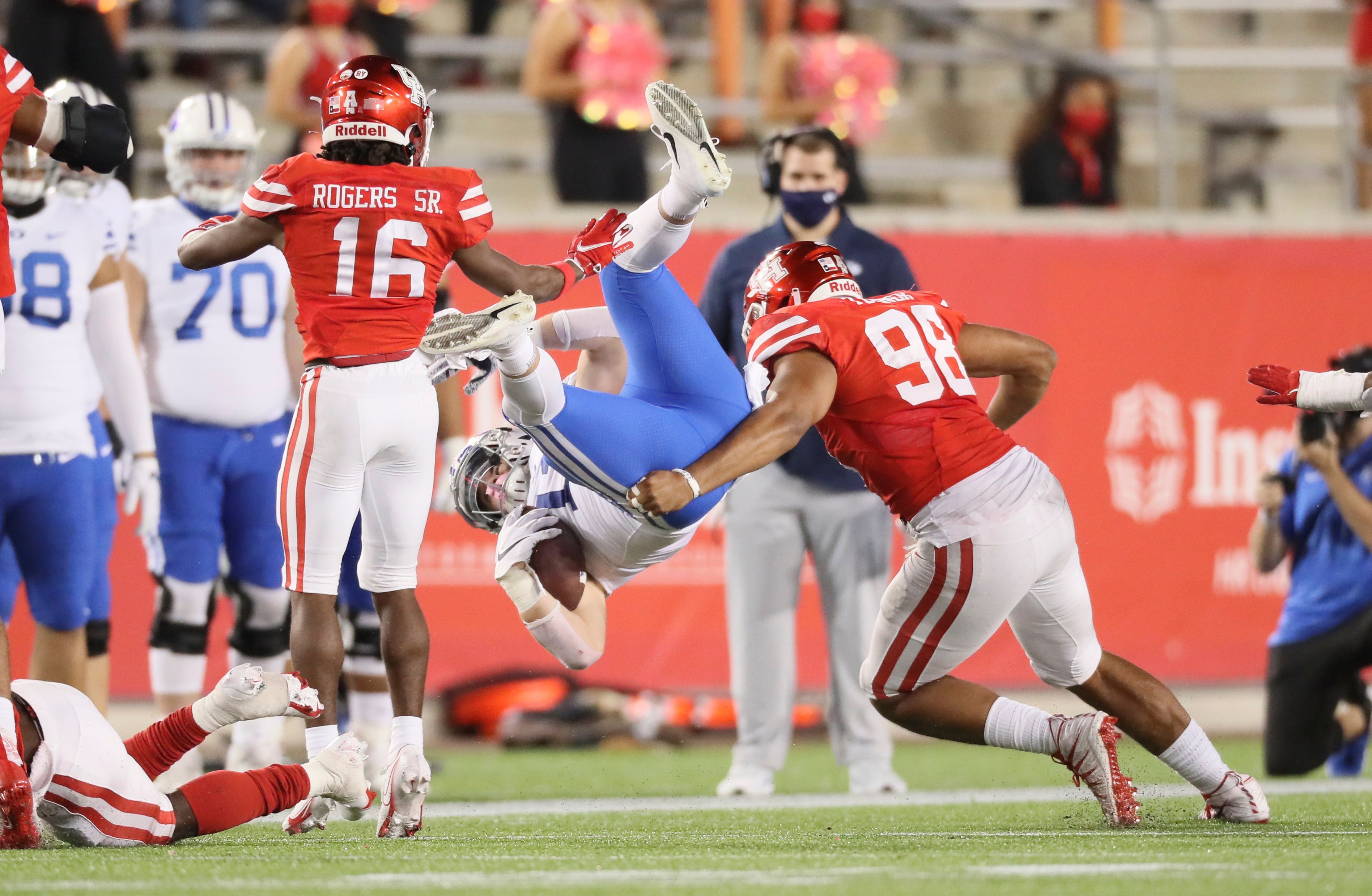 UH defensive lineman Payton Turner is one of the team’s seniors that will not return in 2021. Coach Dana Holgorsen said more seniors have told him of their plan to not return to the Cougars. | Courtesy of UH athletics

In a year that has been like no other, all college football athletes will not have the 2020 season count against their eligibility due to the COVID-19 pandemic.

The Houston football program currently has 21 seniors on its 2020 roster and head coach Dana Holgorsen said he has started to have conversations with some of these student-athletes about their futures.

“Conversations are happening right now,” Holgorsen said Thursday evening on his weekly radio show. “… We’re having those conversations and we’ll continue to have them after the bowl game.”

Earlier in the week, senior linebacker Grant Stuard and senior defensive lineman Payton Turner both announced that they were going to forgo UH’s bowl game to focus on preparing for the 2021 NFL Draft via their Twitter accounts.

While Stuard and Turner are the only two UH seniors that have officially announced that they will not be returning for the 2021 season, Holgorsen did say he knows a few more guys who have already decided to leave the Cougars after the end of this season but have yet to make a public announcement regarding their decision.

This group of seniors that will not put on the Cougars’ red and white in 2021 includes wide receiver Marquez Stevenson, running back Kyle Porter and offensive linemen Gio Pancotti and Braylon Jones, Holgorsen said on Thursday during his weekly radio show.

Though many of these seniors will not use their extra year of eligibility, Holgorsen said he expects about half of them to return to UH next season.

While Holgorsen has accepted the players’ decisions regarding their futures at UH, he also knows that this list could change as time moves forward and the players have more time to really think about the decision.

“If they said something (regarding their future at UH) they may end up changing their mind anyway,” Holgorsen said. “There’s time (to make the decision of whether or not to return).”