UH men’s basketball rises to No. 6 in latest AP poll 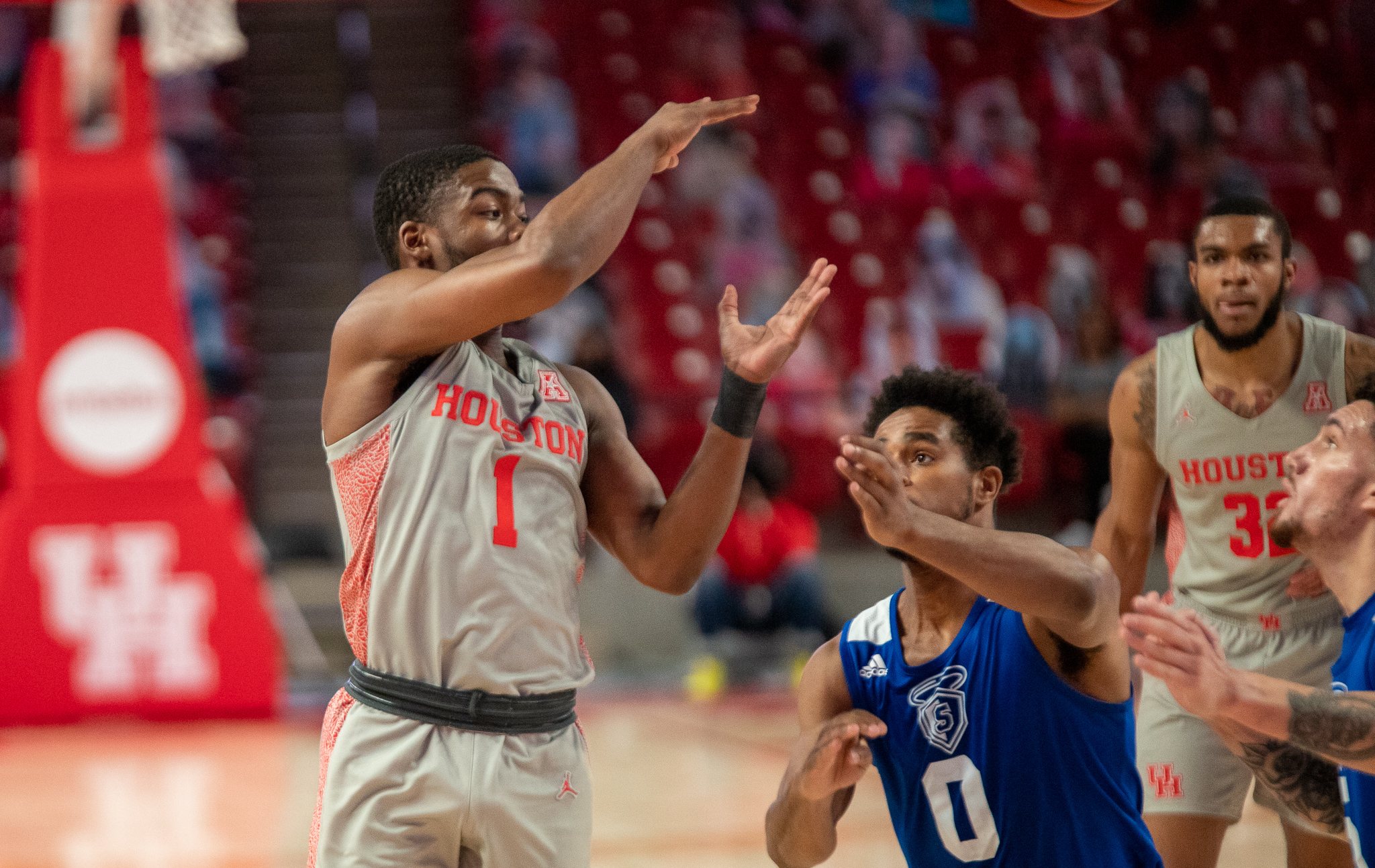 Houston freshman guard Jamal Shead (1) dishes out a pass to a teammate in a game against Our Lady of the Lake at the Fertitta Center. The UH men’s basketball rose in the AP Poll on Monday. | Andy Yanez/The Cougar

The Houston men’s basketball program rose two spots up to No. 6 in the AP Poll on Monday morning following its win against South Florida on Wednesday.

The Cougars (17-2, 11-2 American Athletic Conference) beat the Bulls 82-65. UH managed to bounce back from only its second conference loss to East Carolina.

UH had its game against Memphis that was scheduled for Sunday at Fertitta Center postponed due to COVID-19 issues within the Tigers’ program. The Cougars’ rematch against the Pirates was also postponed due to coronavirus problems within their program as well.

No. 6 UH men’s basketball earned 1,171 points from AP voters in the recent poll, which was a 111-point increase from a week ago. The Cougars had 1,060 points in last Monday’s poll.

The Cougars remain steady in the NCAA men’s basketball NET rankings. Through Feb. 14, UH is the fifth-ranked team in the country.

UH will return to the court on Thursday when it travels to Wichita, Kansas, to take on the Wichita State Shockers. The Cougars are also scheduled to play the Cincinnati Bearcats on Sunday before the next AP Poll is released.