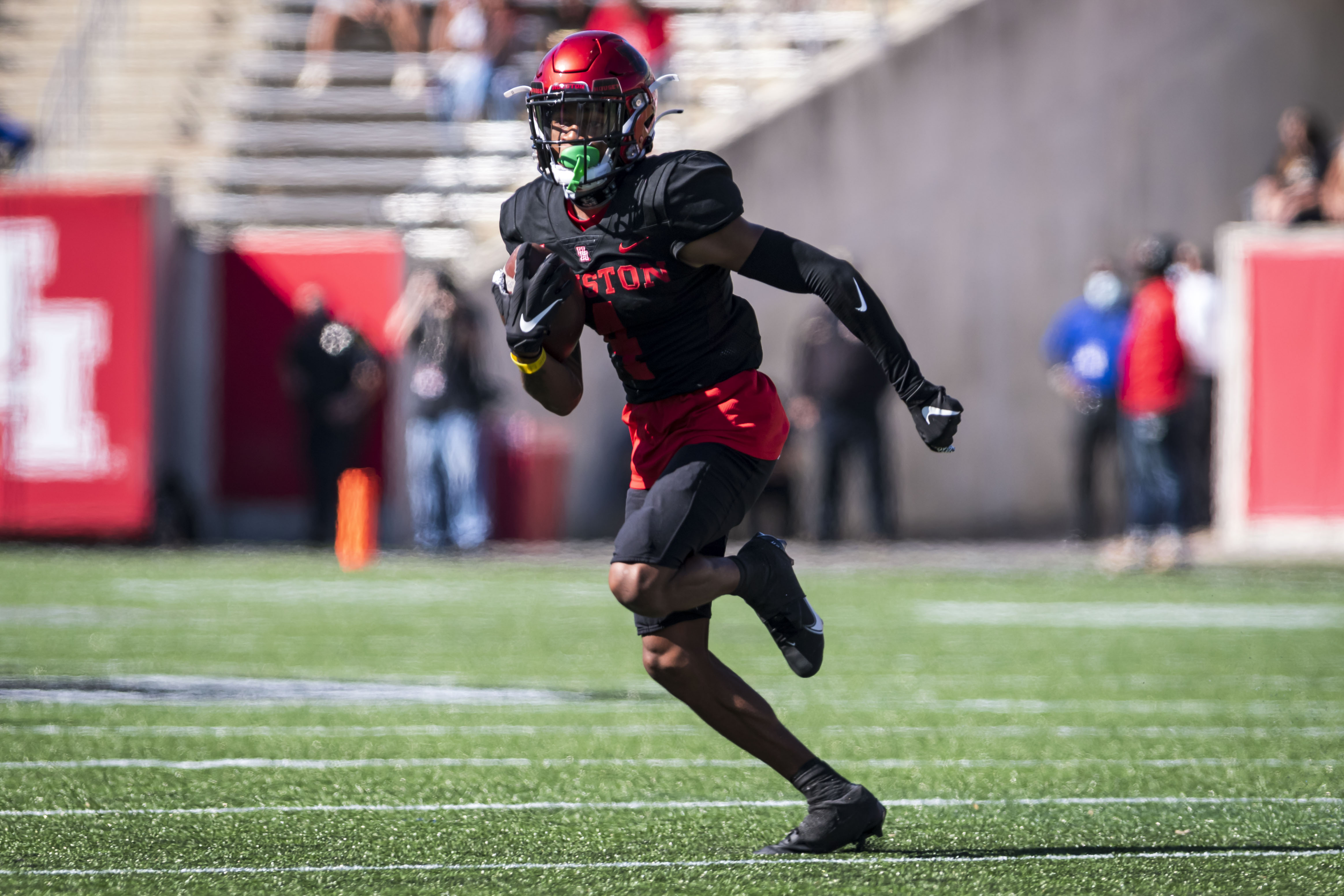 WR Nathaniel Dell looks to assume the number one wide receiver role for UH football in 2021.| Courtesy of UH athletics

The Texas Tech Red Raiders had no problem scoring on Houston in the second half, putting up 31 unanswered points after halftime to take the season opener.

Clayton Tune threw for 174 yards and two touchdowns, but had four costly interceptions that changed the trajectory of the game for the Cougars.

Dell was his leading receiver with seven catches for 80 yards and a touchdown.

Tahj Brooks ran for 134 yards and two touchdowns for the Red Raiders, including a 41-yard touchdown run in the final minute of the game to put the game on ice.

In the final minute of the game the Red Raiders added insult to injury as Brooks took off for a 41-yard touchdown run in what became a lost cause for the Cougars, this was Brooks second touchdown of the game.

The run came after Tune’s fourth interception and made any chance of a comeback unlikely.

The Red Raiders kept their foot on the gas to make it 24 unanswered points after Shough’s three yard touchdown pass to junior running back Xavier White.

The score made it a two possession game with just two minutes left, putting the Cougars backs against the wall.

After Tune was intercepted by senior safety Eric Monroe, UH’s defense did it’s job and the Red Raiders were forced to settle for a 34-yard field goal which was good by senior kicker Jonathan Garibay.

Tune threw two interceptions in the quarter, resulting in the Red Raiders scoring 17 unanswered points to take the lead.

Just 48 seconds after the Red Raiders brought it within one score, Tech tied things up after Riko Jeffers picked off Tune and returned it for a score.

After both teams first drives of the second half ended in punts, junior quarterback Tyler Shough capped off a quick 5 play drive to bring the Red Raiders within one score.

Both scores for Texas Tech have been on the ground.

Tune led the way for the Cougars in the first half, completing 16 of his 21 pass attempts and throwing two touchdowns in the process, Dell was his leading receiver with four catches for 60 yards and a touchdown.

The Cougars defense was alive as well, holding the Red Raiders to just one score while netting two sacks and a fumble.

The Cougars ended the half strong with a 9-yard touchdown pass from Tune to senior wide receiver Seth Green to cap off a 12 play 75-yard drive for Houston.

On the first play of the drive following a Cougar punt, sophomore running back Tahj Brooks scored on a 41-yard sprint to put the Red Raiders on the board.

Following an onside kick recovery, the Cougars marched down field again and scored on a 23-yard strike from Tune to sophomore wide receiver Nathaniel Dell.

Houston opened the game with a 16-play, 75 yard drive that ended with a Clayton Tune 1-yard touchdown run.

UH converted two fourth downs on the drive with Tune’s legs coming up big, rushing six times for 42 yards including the score.