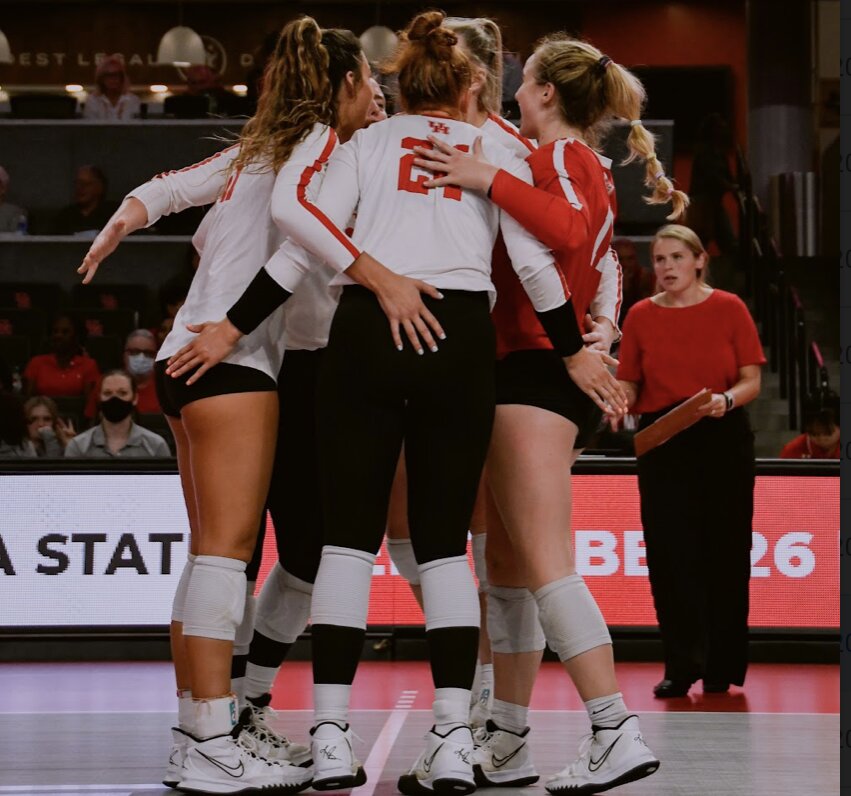 Led by junior outside hitter Abbie Jackson’s 15 kills, Houston volleyball swept Temple on Sunday afternoon in Philadelphia to improve to 13-3 on the season.

UH jumped out to an early 11-6 lead in set one. As the set progressed, the Cougars increased the lead over the Owls to 18-11.

Temple gained momentum with a 4-0 scoring run, but a timeout gave Houston the confidence it needed to push through and seal a 25-16 first set victory.

With hopes to even the match at 1-1, Temple kept UH on its toes for the entirety of the second set. The set went back-and-forth with both teams fighting for the lead.

But UH was unfazed, going on a 3-0 scoring run highlighted by a kill by sophomore setter Annie Cooke to take set two 26-24.

The Owls stayed close with the Cougars to start the third set, trailing 8-7, but UH quickly left Temple in the dust by the middle of set three, increasing the lead to 16-9.

A kill by Jackson furthered UH’s lead to 20-12, ending any hopes Temple had in its comeback effort. UH cruised to a 25-15 set three victory to sweep Temple.

This marked the first time in UH volleyball program had completed a sweep of Temple.