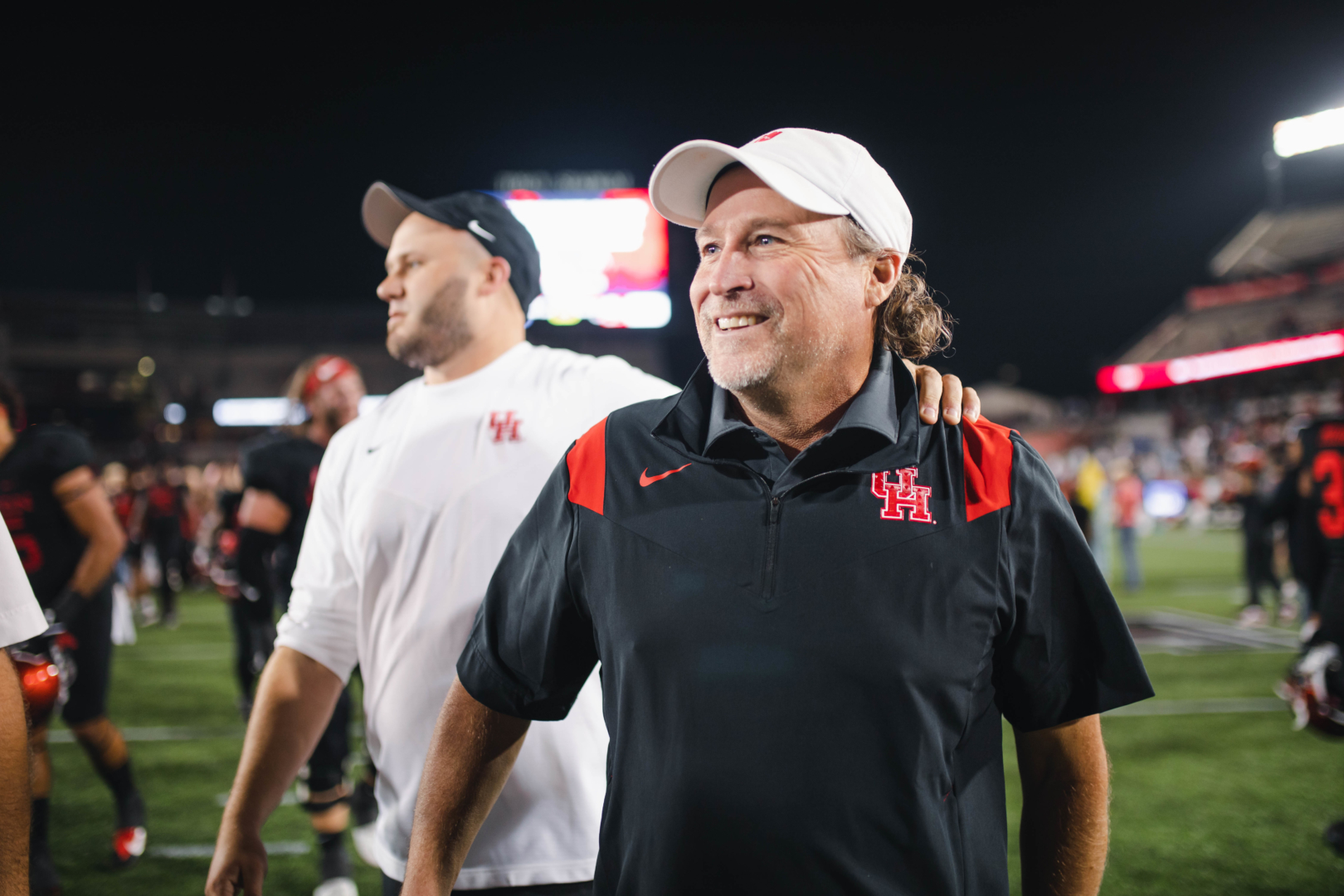 In his first three seasons at UH, Dana Holgorsen has led the Cougars to a 19-15 record, including a 12-win 2021 season. | James Schillinger/The Cougar

Houston football and head coach Dana Holgorsen have verbally agreed to a multi-year contract extension, as first reported by The Athletic on Saturday.

“This is a long-term deal,” Holgorsen told reporters from Houston Chronicle and Fox 26 on Saturday. “I can’t tell you how excited I am to be at the University of Houston. I plan on this being my last job.”

This extension comes after Holgorsen led the Cougars to the program’s third-ever 12-win season in 2021, capped off by a victory over Auburn in the Birmingham Bowl.

Holgorsen is currently under contract through 2023, set to earn $4.2 million in 2022 and $4.3 million in 2023. His contract stipulates that he and UH would rework his deal if the school were to accept an invitation to a Power Five conference, which Houston did when it agreed to join the Big 12 last year.

Holgorsen also is entitled to a $1 million bonus within two years of UH accepting an invitation to join the Big 12.

In his first two seasons with UH, Holgorsen had a 7-13 record as head coach but turned the program around in 2021. Along with the Birmingham Bowl win over Auburn, UH ran the table in its conference slate during the regular season. Houston went on to lose to Cincinnati on the road in its first American Athletic Conference title game in six years.

The details of the contract extension are still being finalized, according to multiple reports.

“Hopefully I’ll be the head coach here for as long as they’ll have me,” Holgorsen said. “Being here for the long-term is important. I’d prefer it a couple of months ago during recruiting. Everybody knows we’re stable and I’m not going anywhere.”