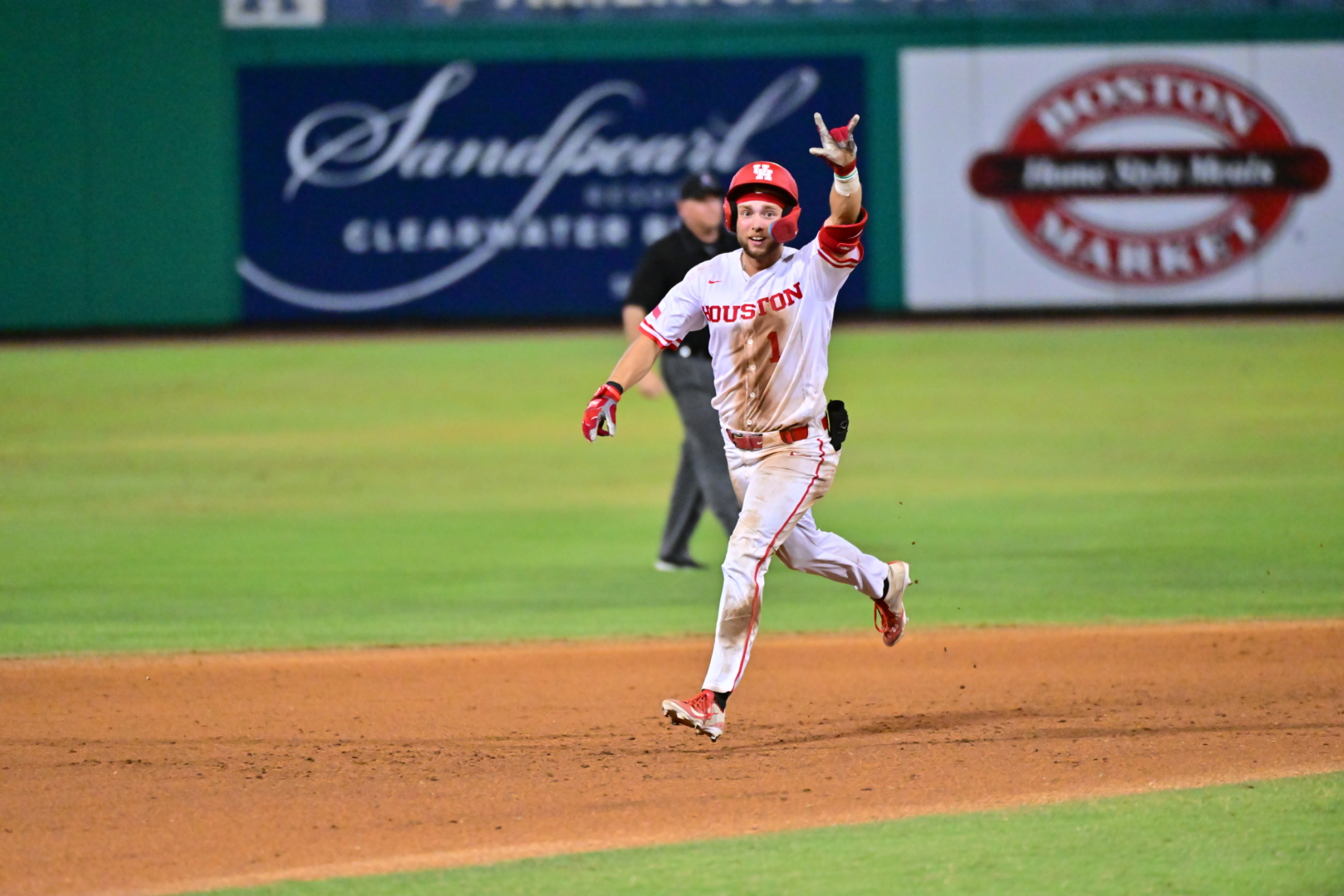 UH baseball second baseman Brandon Burckel led off the eighth inning of the Cougars’ victory over Wichita State in the opening day of the AAC tournament with his first collegiate home run. | Courtesy of American Athletic Conference/Julio Aguilar

A four-hit night from Santiago Garcia and a go-ahead two-run homer from Ryan Hernandez in the seventh inning lifted UH baseball over Wichita State 10-7 on the opening day of the American Athletic Conference tournament in Clearwater, Florida.

“They’re so gritty,” said UH baseball head coach Todd Whitting. “Things haven’t gone our way a lot throughout the season but they just don’t quit and you saw that tonight.”

Garcia, a graduate student who spent 2017-21 at Alabama State, entered the night batting .185 on 27 at-bats but was penciled into the lineup on Tuesday night because Wichita State southpaw Caden Favors got the start on the mound for the Shockers. Garcia delivered in a big way, going 4-4 with three RBIs while scoring three runs himself.

Trailing 3-1 entering the bottom of the third, Garcia sparked a big inning for the Cougars driving in two with his second double of the night. Hernandez followed with an RBI double of his own and freshman left fielder Cameron Nickens capped off the four-run inning with an RBI single.

Wichita State put up three runs in the sixth and another run in the seventh to even the game at 7-7. The Shockers threatened for more but UH junior southpaw Jose Torreabla stranded the bases loaded to keep the game deadlocked.

In the bottom of the inning, Hernandez delivered again. The UH senior first baseman launched a two-run shot to left field to put the Cougars back in front.

Freshman second baseman Brandon Burckel sent the first pitch he saw to lead off the eighth over the left field wall to add insurance. This was Burckel’s first career collegiate home run.

Torrealba closed the door with a 1-2-3 ninth to secure the victory and earn the off-day on Wednesday.

“Not having to play on day two is huge,” Whitting said. “You got to win this first game if you’re going to win this tournament.”

With the win, UH moves into the winners’ bracket and will take on Memphis Thursday afternoon.