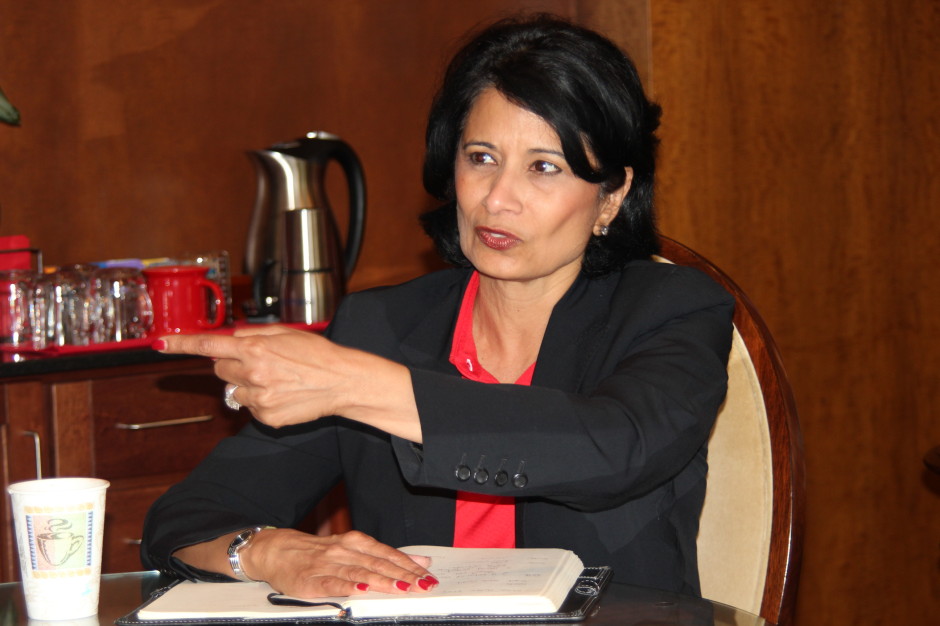 President and chancellor Renu Khator announced an internal audit of the use of $5 million earmarked for academics on its new football stadium on Friday.

The investigation, which was initiated after Khator said she filed an anonymous complaint through UH’s online complaint system, will make sure the University used $5 million in funds to build classrooms for the band.

“We don’t want to leave any doubts at all,” Khator said.

Khator, however, also said a quick administrative review revealed the funding was used correctly at a Board of Regents meeting held at the Athletics Alumni Center on Friday.

The investigation comes after criticisms of the handling of the over budget and yet-to-be-completed TDECU Stadium by Administration and Finance were levied by Student Government Association President Charles Haston.

The stadium once budgeted at $105 million has escalated to as much as $128 million. The stadium’s increased price tag has gobbled funding meant for the renovation of Hofheinz Pavillion, meaning UH will need to fundraise additional dollars to complete the project.

“We have a great group of donors that want this University to be great. Our athletics program to be great. They understand that part of that process is we didn’t do anything with facilities in athletics in 20 plus years,” said UH Athletics Director Mack Rhoades. “And now Hofheinz needs to be addressed. And I know that there will be donors and alums that will help us with Hofheinz as well.”

UH will also create a “system of accountability” with its private partners Aramark and Venue Works, which run events in Hofheinz, TDECU stadium and the Cullen Performance Hall.

This announcement comes on the heels of criticism from student leaders who received higher than expected costs rent parking lots, the stadium’s parking garage and for concessions in the parking area despite a Memorandum of Understanding allowing use of the stadium for an event once per year for free.

“President Khator agreed to honor both the language, and equally as important, the spirit of the MOU. I look forward to working with the President to create a system of accountability that will ensure that the MOU is honored in perpetuity,” Haston said.

Rhoades said it will also bring consistency to the policy.

“You have the stadium and Hofheinz and the Cullen Performing Arts Center and we have two groups that essentially want to use those spaces,” Rhoades said. “So one is internal, and whether it’s students or a different campus organization — let say they want to use the club of the stadium — we just want a policy that’s consistent throughout the process. And then we have the same for all external groups so that there’s no mystery in terms of pricing.”