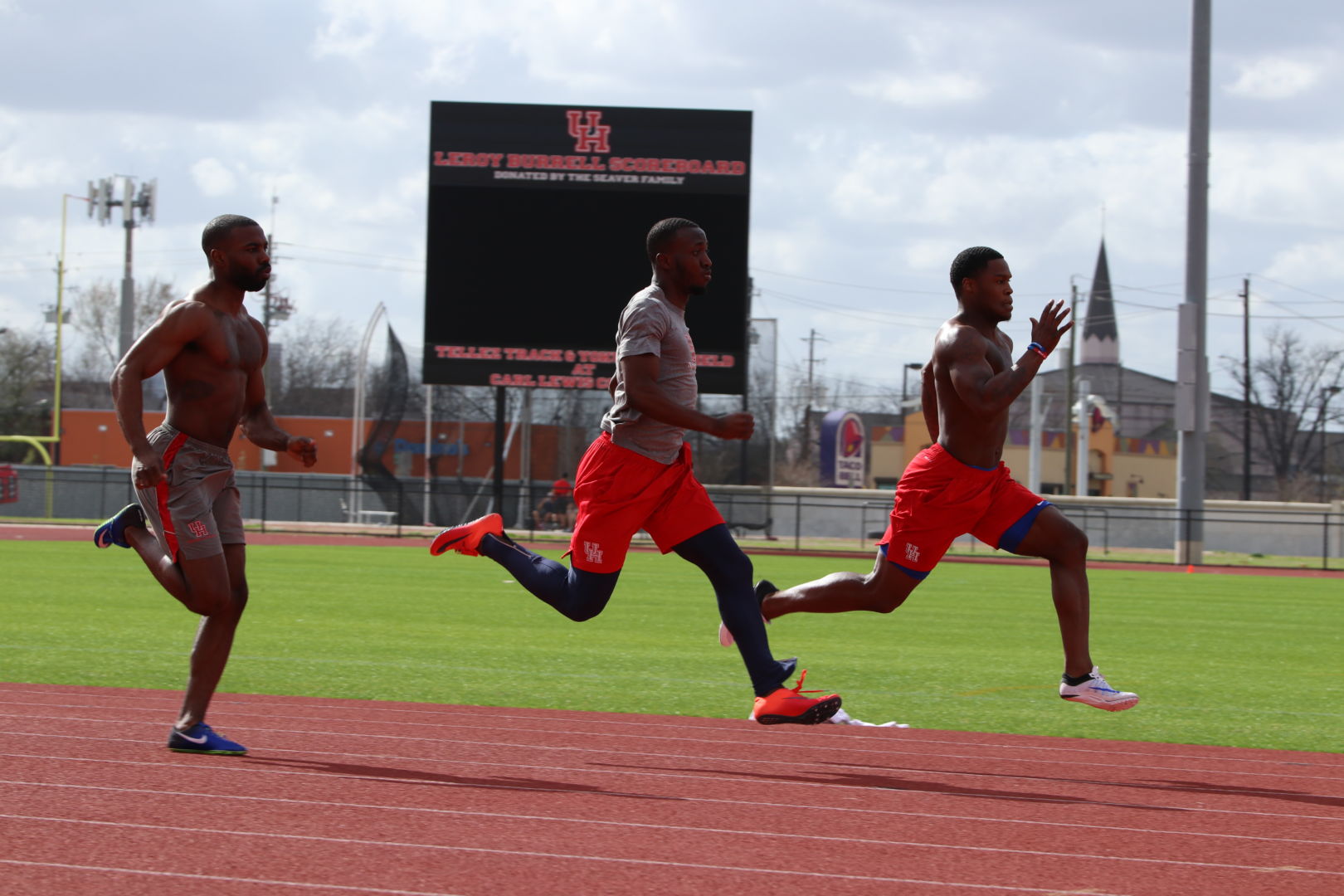 Elijah Hall (right) was one of three Cougars named in the NCAA qualifying list for individual events. Hall will be running in both the men’s 60m and men’s 200m. | File photo/The Cougar

The qualifying list for the NCAA Indoor Track & Field Championships was released Tuesday night, revealing three Cougars and one relay team will be traveling to College Station to represent UH at the championships.

Senior sprinter Elijah Hall has owned top five times in both the men’s 60m and 200m all season long. The results Tuesday night saw no change as Hall punched his ticket to the national championship in both events. His times of 6.58s and 20.51s respectively are the No. 3 and No. 5 times for each event.

One year ago, Hall had times that would have qualified him for both events at nationals, but an injury at the Tyson Invitational that February kept him home. His senior year, Hall has stayed healthy and looks to be a threat for at least one of the two races.

Junior Kahmari Montgomery qualified for the men’s 400m final after running the No. 5 time in the country, 45.53s, at the American Athletic Conference Championship. His time in winning the 400m conference title broke the school record in the process.

Montgomery, a Missouri transfer, had qualified for the indoor championships in the 400m as a freshman but failed to get past the preliminary rounds. Now in a new environment and in a new uniform, Montgomery looks like he has a clear path to the finals.

Sophomore multi-event competitor Nathaniel Mechler had been quiet for most of the season in terms of the national standings. But at the conference championships, he took the heptathlon title for the second year in a row, breaking the school record by scoring 5703 points.

Mechler’s performance shot him up to No. 11 in the nation, securing him a spot at the national championships.

Juniors Mario Burke and Amere Lattin missed out on a return trip to the indoor championships in their individual events. They finished No. 29 and No. 21 in the men’s 60m and men’s 60m hurdles respectively.

The two will be going as members of the qualifying 4x400m relay team. The relay team this year has shown dramatic improvement from the past two seasons, breaking the school record twice and qualifying with the No. 4 time in the country (three minutes, 4.18s).