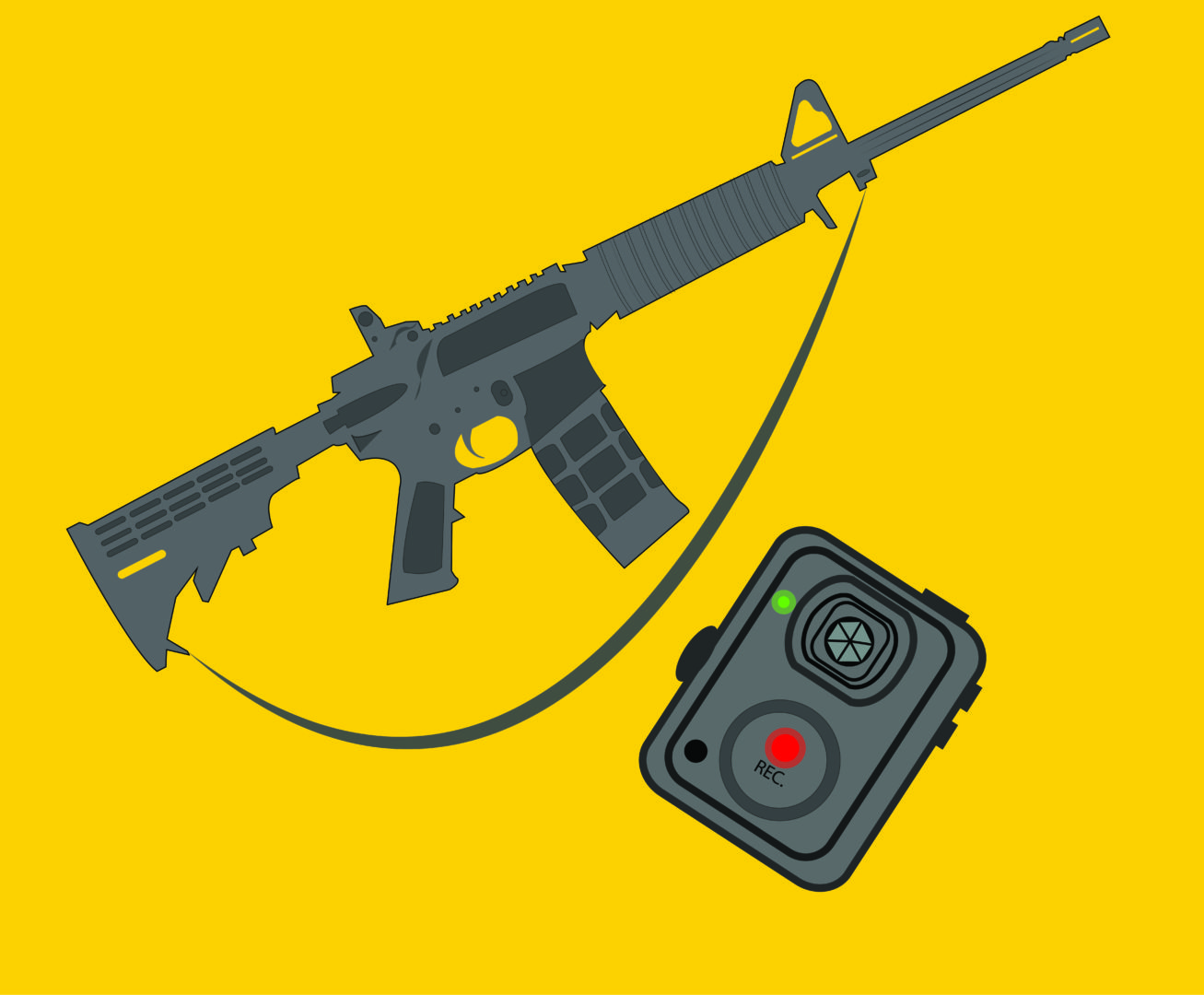 The University of Houston Police Department will roll out rifles and body cameras to upgrade campus security this fall. | Oscar Aguilar/The Cougar

As part of the University of Houston Police Department’s effort to increase campus safety measures, announced in March, plans are in place to deploy rifles and body cameras this fall.

The initial communication came after the UH community reported threatening social media posts from a former student in February. In an effort to ease worries brought by frequent school shootings, the March email updated students and faculty on the department’s ongoing active shooter response training.

“Rifles give law enforcement another tool that can be used in specific circumstances where other tools might not be up to the task,” said UHPD Chief of Staff Bret Collier. “UHPD also received body cameras for all uniformed police officers.”

UHPD didn’t own rifles prior to its recent purchase, Collier said recently.

Officers authorized to use the rifles will first participate in a patrol rifle course and scenario-based training, Collier said. Rifles will be used only during active threat responses, not routine patrols, he said.

Collier declined to elaborate on deployment strategies but said they were in line with those of other law enforcement agencies.

Despite UHPD’s effort to ease the public, some students have reservations about the new security measures.

Cole Patterson, an interpersonal communications junior, said wearing body cameras should be a requirement for police officers, but he isn’t sure purchasing rifles is the correct response.

“(A body camera) illuminates their behaviors that are ethical as well as not ethical,” Patterson said. “I definitely say they should not have rifles, because it incites more fear and more confusion and chaos.”

Patterson worries that even with the training, the rifles may not be used effectively when needed.

In February, an armed suspect was spotted near the athletics district. The suspect was a “black male wearing a gray shirt with black sleeves and black pants,” according to coverage by The Cougar.

Michelle Onwudebe, a corporate communications senior, said rifles could be used to shoot the wrong person in situations where someone else may also fit the description.

“In the situation with what happened on west campus, if they didn’t have the proper description of the guy who was posing the threat, they could’ve just brought out their rifles and started shooting whoever they saw who looked like they were posing a threat,” Onwudebe said.

Antonio Cruz, a spokesperson for UH College Republicans, said UHPD officers receive training on how and when to use their rifles.

“Based off what we know, it doesn’t seem a big deal,” Cruz said. “UH has been a safe campus, and if it continues to be safe, the rifles will never be used.”

Cruz prefers having the rifles and not needing them over the possibility of UHPD not having the correct tools to combat a threat to campus safety.

Tammy Chang, a spokesperson for UH College Democrats, said they expressed concern about the presence of military grade weapons on campus but praised UHPD’s efforts.

“The College Democrats at the University of Houston are confident that UHPD has assessed the specific needs of our community and have done their best to ensure our campus’ measure of safety has stepped up to the standards of the Houston Police Department,” Chang said.

She also said body cameras will encourage further transparency and accountability from the department.

“We prefer not to disclose the number ordered, but we are comfortable with what we will be able to deploy in emergency situations,” Collier said.