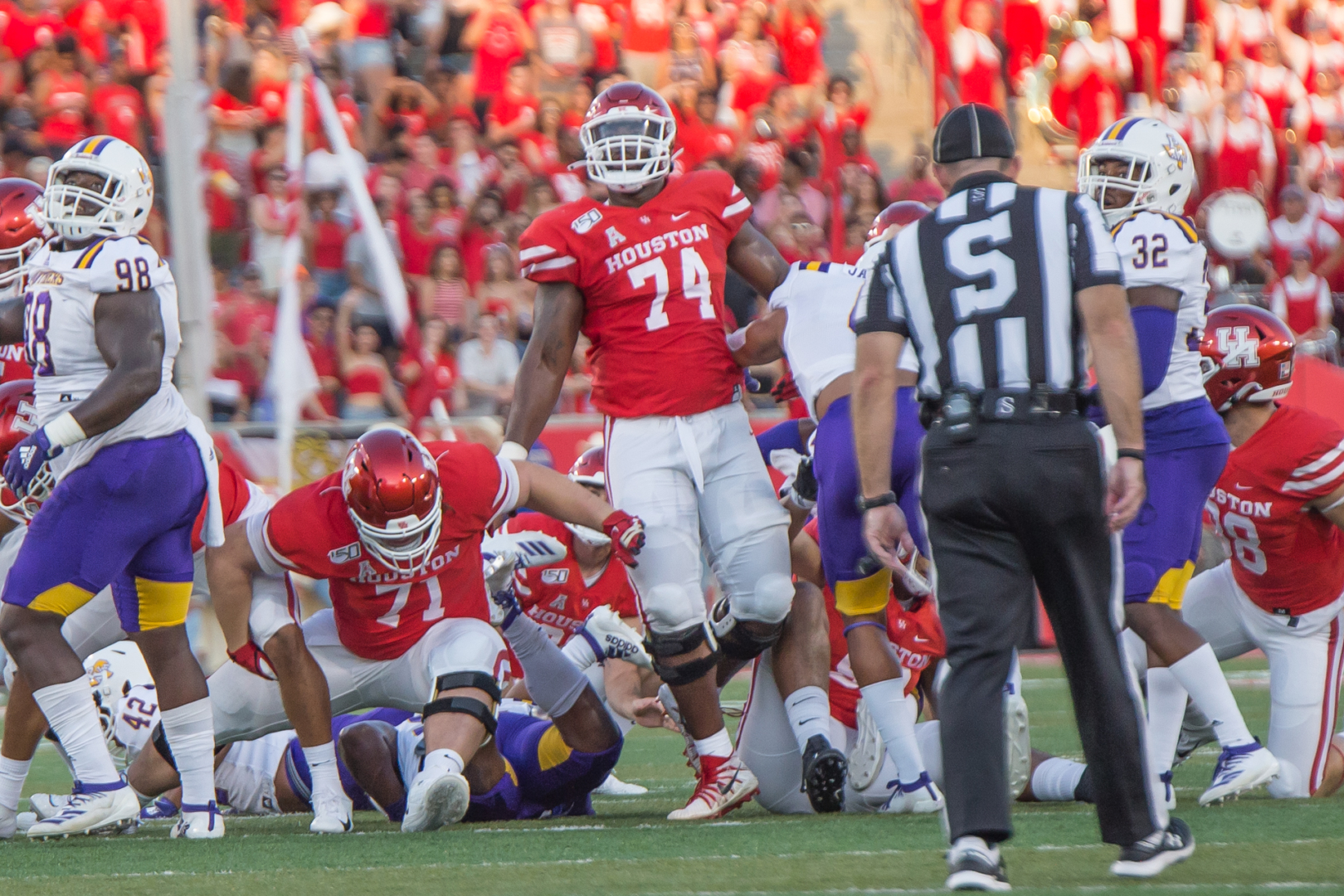 Senior tackle Josh Jones (74), the latest Houston invitee to the yearly Senior Bowl, has started the last 24 games for the Cougars, the longest streak on the team. | Trevor Nolley/The Cougar

Senior tackle Josh Jones, who has made 45 career starts since his 2016 freshman year with Houston, was invited to the 2020 Senior Bowl held in Mobile, Alabama on Jan. 25, UH Athletics announced Thursday afternoon.

Along with the Senior Bowl invitation, the Richmond native was named to the preseason watch list for the Outland Trophy, an award given to the top interior lineman in the nation by the Football Writers Association of America.

A team captain for Houston with the longest starting streak with 24 games on the offensive line, Jones is considered a top-10 NFL prospect at his position.