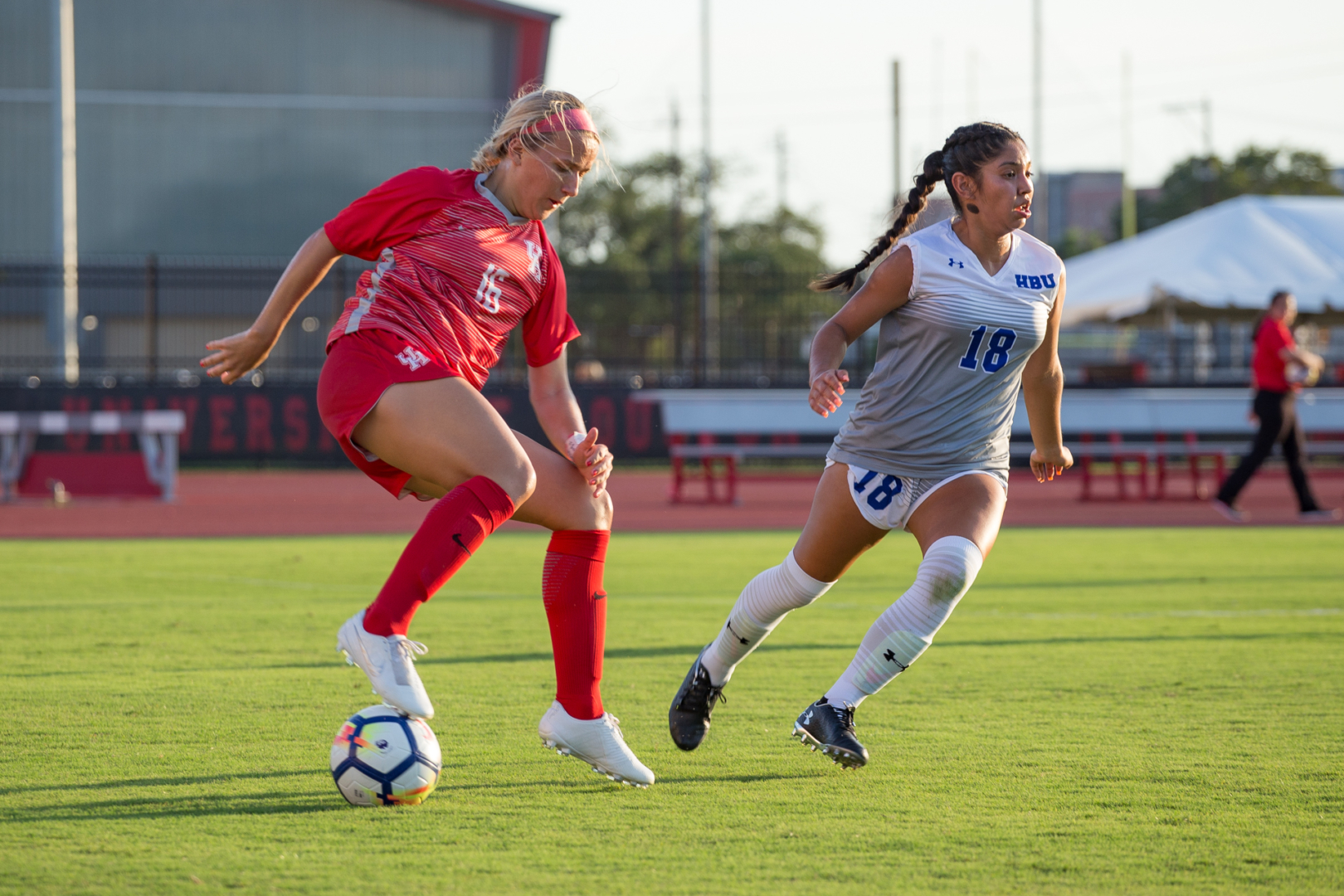 The perfect word to sum up the 2019 season for the Houston soccer program is “almost.”

The Cougars’ season was a few big plays away from looking entirely different as six of their 14 losses were by a single goal, two of which came in extra time.

Despite finishing the campaign with a 6-14 overall record, which includes a 3-6 mark against the rest of the American Athletic Conference, the Cougars had bright moments in 2019 that they will look to build on next season.

Here are The Cougar’s top five moments from the 2019 soccer season:

Bowen set the tone early for the Cougars when she crossed a ball into the box to freshman forward Kennedy Dahlin, who found the back of the net to put the Cougars up 1-0 just 10 minutes into the game.

Bowen then doubled Houston’s lead as she scored from the left corner for her first goal of the season.

Bowen orchestrated all the scoring plays for the Cougars, which all happened in just the first 30 minutes of the match, which helped Houston kickoff the season with a win.

After holding a one-goal lead for most of the match, Stephen F. Austin tied the contest up with a 77-minute goal that forced extra time between the two clubs.

During the added time, junior forward Jazmin Grant became the hero for Houston with a 96-minute goal, her first of the season, that clinched the 2-1 victory for the Cougars.

Grant’s game-winner snapped a four-game losing streak and marked the Cougars’ third win of the season.

After neither Houston nor ECU managed to score a goal during the first 90 minutes of the match, the Cougars found themselves in yet another extra-time match.

The first seven minutes of the extra period was quiet between the teams as neither even fired one shot, but then senior defender Nolin Packer found the back of the net off a corner kick set up that gave the Cougars the 1-0 victory.

Packer’s golden goal marked Houston’s second overtime victory of the season and was the start of the Cougars’ strong end to the year, in which they won three of their final five matches.

Houston dominates Cincinnati in the final home match of the season

The Cougars dominated their final home match of 2019 with a 3-0 victory over Cincinnati.

Bowen got things started for Houston in the first half when she connected on her third goal of the season to put the Cougars on the scoreboard.

Sophomore defender Cassidy Formanek followed up Bowen by scoring another goal off a corner kick that was set-up by junior midfielder Mia Brascia.

Sophomore forward and defender Zionah Browne scored the final goal of the strong team performance when she put the ball in the back of the net off a cross from Grant, who had two assists of her own on the night.

Despite losing the final game of the season in a hard-fought battle against SMU, Houston’s late run at the end of the season helped the team secure a spot in the AAC postseason tournament for the first time in program history.

The Cougars entered the tournament as a six seed and faced the three-seeded UCF, who had defeated Houston during the year 3-0.

In the game, however, the Cougars fell to the Knights 5-0. Despite the disappointing end to the season, the postseason tournament appearance was a strong milestone to pass, which now raises the bar for 2020.