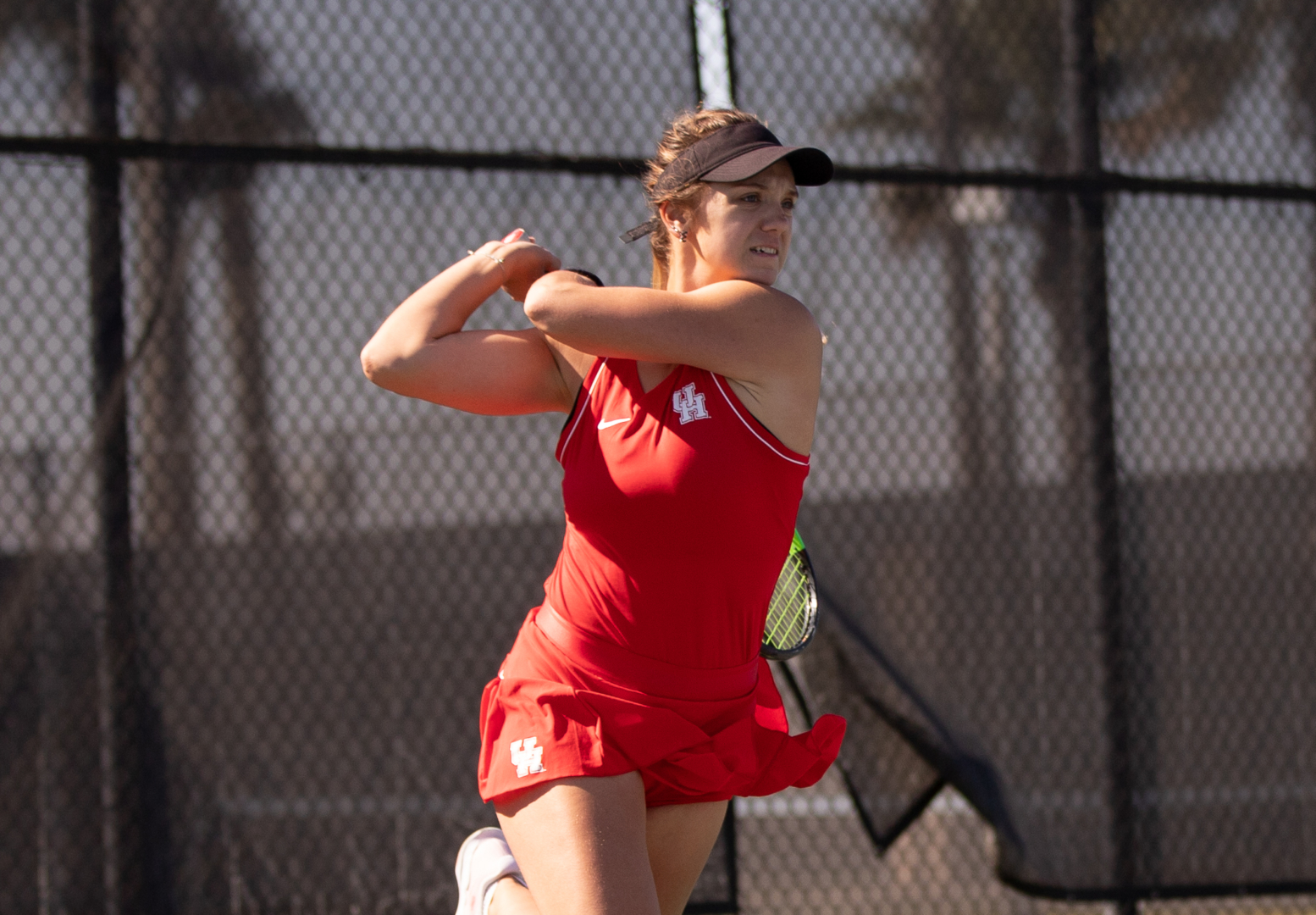 Senior Sophie Gerits was the only Cougar to come away with a win during Sunday’s 4-1 loss against Florida International. | Sean Thomas/The Cougar.

UH tennis dropped a second straight match on the road in Florida, this time falling at the hand of No. 40 Florida International in a 4-1 defeat.

The afternoon kicked off with doubles play and the Cougars got off to a slow start after sophomore Laura Slisane and freshman Maria Dzemeshkevich were immediately defeated 6-1 by the Panther team of sophomore Andreea Velcea and junior Kristina Miletic.

FIU secured the point on the day after UH’s team of senior Sophie Gerits and freshman Elena Trencheva were defeated by the Panther team of freshman Yasmine Kabbaj and senior Basak Akbas in a tight 7-5 battle.

The struggles for the Cougars continued into singles play after UH was only able to come away with one win just to avoid being shutout on the day.

Gerits was the lone Cougar to win a match in singles play, she defeated Miletic 6-4, 6-1.

The 4-1 loss moves the Cougars to 11-8 now on the season and is now the third time this season the UH has lost back-to-back games.