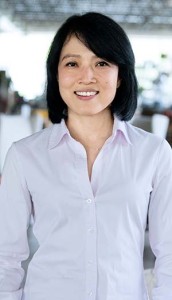 The world of economics has had many issues debating stability and justice, including the big controversy revolving around the battle of the sexes or the idea of gender inequality — an area professor Chinhui Juhn is all too familiar with.

Juhn has researched the field of labor economics, tracking wage inequality’s cause and effect on market outcomes and women’s workforce participation rate from 1969 to 1999, showcasing their slowly increasing earnings while being kept away from white-collar positions within certain industries throughout the decades.

“Women are doing well in economics right now,” Juhn said, “particularly relative to STEM fields. Women do really well in graduate school and as assistant professors in academia, but the numbers get thinner at the senior levels, such as associate and full professors. The work-life balance challenges get severe as women have children.”

Juhn has written more than 30 publications, six of which are recognized by The National Bureau of Economic Research and the International Institute for the Study of Labor, which she joined in September 2003 as research fellow. She is a member of the board for Teach for America, in the Finance Committee for The Menil Foundation, the Program Committee for the Yale Club of Houston and faculty member of UH Friends of Women’s Studies. Her most recent work questions the impact of trade liberalization policies on gender inequality, on which she collaborated with UH professor Gergely Ujhelyi.

“(Juhn) brought this project to me when she and Carolina (another junior colleague at the time) needed a theoretical framework to better understand what could be driving the patterns they were seeing in the Mexican data,” Ujhelyi said.

“We spent many hours discussing what the best modeling approach was, and the end product is a nice example of how theoretical and empirical research in economics complement each other.”

Surveys from her recent studies show distinct preferences from employers involving gender and their use of skill. Since the U.S. experienced trade liberation by NAFTA in 1991, exports recorded a decrease by 5 percent, and imports decreased 13 percent from 1991 to 2001, leading to an increase in trade and jobs, including a higher employment of women in blue-collar occupations.

However, she saw no improvement in white-collar positions, as 26 percent of employers preferred men to take over that spot — 40 percent of those surveyed argued that women didn’t obtain the special abilities a man would offer — against the 0.61 percent of employers who thought women could actually handle a directorial employment. The rest said they were neutral.

“What encouraged me to write about tariff reduction and gender inequality was the availability of data,” Juhn said. “I had access to pretty special, unique, firm, level data. But actually I have begun to appreciate the importance of the question. Trade opening can raise relative incomes of women in some cases, and research shows that money matters. Women are in a better bargaining position in the household when they pull in incomes. Also, they spend more resources on children’s education and health, which is a good thing in the long run.”

Juhn, a Henry Graham Professor of Economics, has worked at UH since 1991, her first job after getting her Ph.D. from the University of Chicago. She got her bachelor’s degree in economics from Yale University in 1984.

“She’s a strong woman who is making a difference in research, policy-making and our community,” said associate professor of economics Aimee Chin, who collaborated with Juhn on two research articles. “Moreover, her research has drawn more attention to women’s role in the economy. Many studies focus on male workers because male labor force participation is relatively high and stable, which avoids missing data problems that might be associated with studying female workers, but this is obviously going to provide an incomplete understanding, and Juhn fills that gap.”