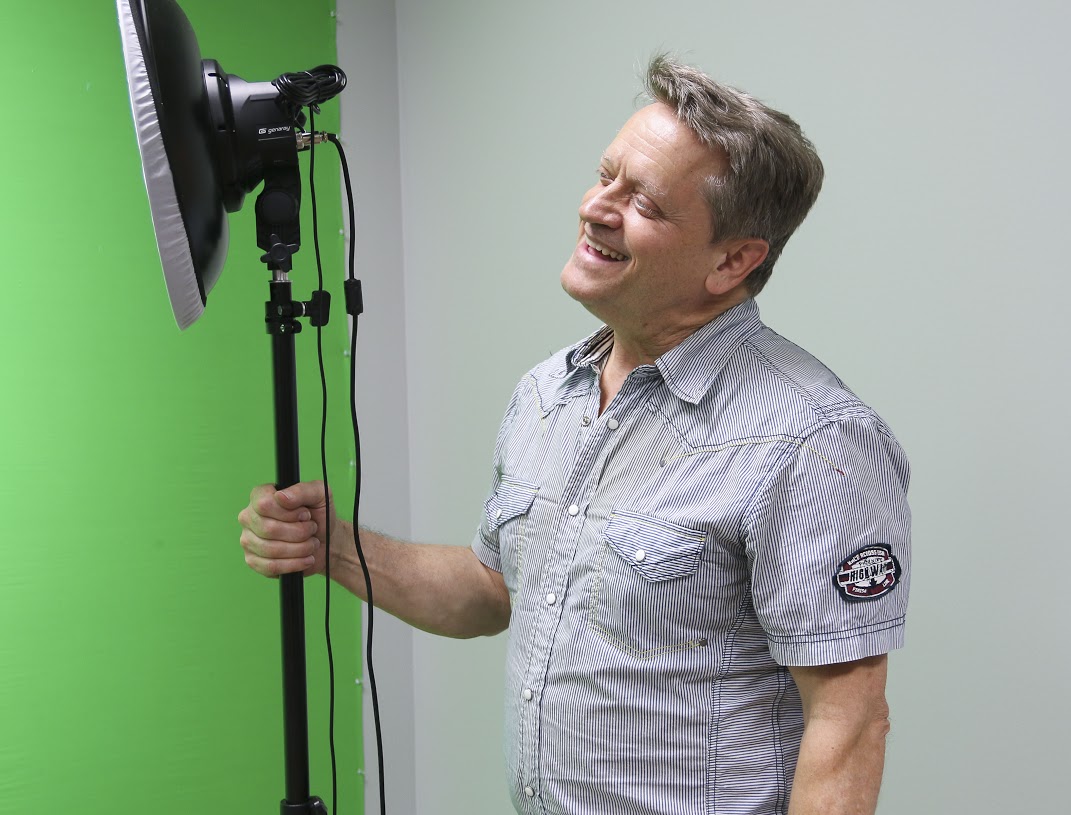 When Phil Snyder took over the role of Disney’s Jiminy Cricket after his predecessor, Eddie Carroll, passed away in 2010, he had rather large, metaphorical — and rather small, literal — shoes to fill.

But, the road to being the famously conscious cricket was not an easy one.

Now, the instructional assistant digital media professor at University of Houston-Sugar Land said he’s thankful for his few years as Jiminy, but was ready to give teaching his full attention.

Digital media junior Daniel La Padula said if students ever see Snyder’s name on the roster for a class, they should sign up immediately.

“He’s always is willing to stop the class,” La Padula said. “That way, if one person is behind, he’ll stop, walk up and show that person how to do it.”

Before graduating from California State University, Los Angeles in 2012, he searched for a teaching job. At the time, he’d already had experience teaching a video class at a middle school, an experience he describes as a good but difficult. He also worked as an adjunct professor at Cal. State, LA.

Long before his nearly four-year run as Jiminy, Snyder had guest roles in various animated series and commercials as a voice actor.

“Ever since I was a kid, I always did voices,” Snyder said. “I had a special gift for doing cartoon and—” his pitch changes to one of helium being sucked from a balloon, “—kinda crazy voices, like that. Things where I could really change my voice around. And no one would ever recognize me.”

Snyder allowed his voice to change drastically with each sentence, his eyes bright and smile wide.

Finally, he landed on the incorrigible and almost incomprehensible character of Donald Duck. He said that when he discovered the laughter his impressions brought to others, he knew he should do something with that.

As a young adult, Snyder made the jump to Los Angeles from Portland, Ore., unsure of what type of show business he was aiming for, but knowing he wanted to reach audiences on a larger scale.

In 1974, Snyder started working at the comedy club, The Comedy Store, but was making only a meager living out of it.

He became a regular performer at The Comedy Store and started auditioning for voiceovers.

Using his closet as his sound booth, a room that he said was, “perfect, totally acoustically dead,” he would set up his laptop, use his microphone, record into Adobe Audition and send his voice — minus any “flubs” — to his agent.

Snyder’s vocal range, combined with his video and production skills, have taken him much farther than any mere cricket could have gone.

He’s traveled to China, Singapore, Saudi Arabia, Malaysia and Taiwan for his comedy tour, as well as his video work with World Vision, an organization working to sponsor and adopt children in impoverished countries.

Snyder has also dedicated a hefty slice of his time to his work as a part-time minister. While in Los Angeles, he worked with a Christian comedy ministry. Through this organization, he toured prisons, bringing his impressions to the inmates.

“Some of the best audiences I’ve ever had have been in prisons,” Snyder said. “They really appreciate that you’ve taken the time to come and be with them, because they know that you’re not getting paid for it.”

In 2010, after some guest work on such shows as Pinky and the Brain, Snyder was chosen as Disney’s new voice of reason for the animated video series Kingdom Hearts Re:coded. But after his move to Houston in 2013, he decided it was time to hang up Jiminy’s old top hat and work on other projects.

One project in particular that Snyder has undertaken is bringing a transmedia course to UH-Sugar land.

Snyder said “transmedia” is big buzzword in communications, as changing technology has called for information to be consumed differently.

“Say I’ve got a story, Little Red Riding Hood,” Snyder said. “So I might tell part of the story, say from the standpoint of Little Red in a book. I might tell the Wolf’s story from another platform, say from animation. Or the Grandmother or the Woodsman, it might be another prospective in a comic book.”

Snyder said it’s about telling a story through multiple platforms in order to get the whole story.

Since its launch in Spring 2014, transmedia courses have doubled in enrollment.

“The reason transmedia has been so successful is because (Coordinator of UH Sugar Land’s Digital Media Program Jerry Waite) saw the writing on the walls as far as print media and how it was being changed,” Snyder said. “Print is not really dead, but it’s transformed, it’s morphed.”

Waite, who was involved in the hiring process of Snyder, used to be a cubicle-neighbor to Snyder and has had the opportunity to collaborate on a few projects.

“I have a younger brother, but (Phil’s) kind of like the older brother I’ve never had,” Waite said. “We almost finish each other’s sentences. He’s a really good guy to have around (and) I think someone was looking out for us when we hired him.”

Snyder credits his wife, who is a transmedia producer, for pitching the idea to Waite. While transmedia is not a new idea, it is an idea that was new to UH.

Snyder’s own YouTube channel, which features “NumBears,” an educational show featuring bears all voiced and edited by Snyder, has over 7 million views.

“I’ve been really happy seeing it get 2-3 thousand views a day still,” Snyder said. “And they’re from teachers, I get feedback from third grade teachers and students saying, ‘Wow, I passed my test today in math in multiplication because of NumBears’. It’s very gratifying.”

Now Snyder keeps busy with a full load of video production classes, but he hasn’t completely left his life of voice-acting behind.

Electrical engineering junior Shriya Bhatnagar is one of Snyder’s students who describes the way he keeps his students always on their toes.

“He has a lot of different voices, so sometimes he’ll just scream out certain sentences to students who are dosing off,” Bhatnagar said. “He knows how to interact with students and keep them participating.”