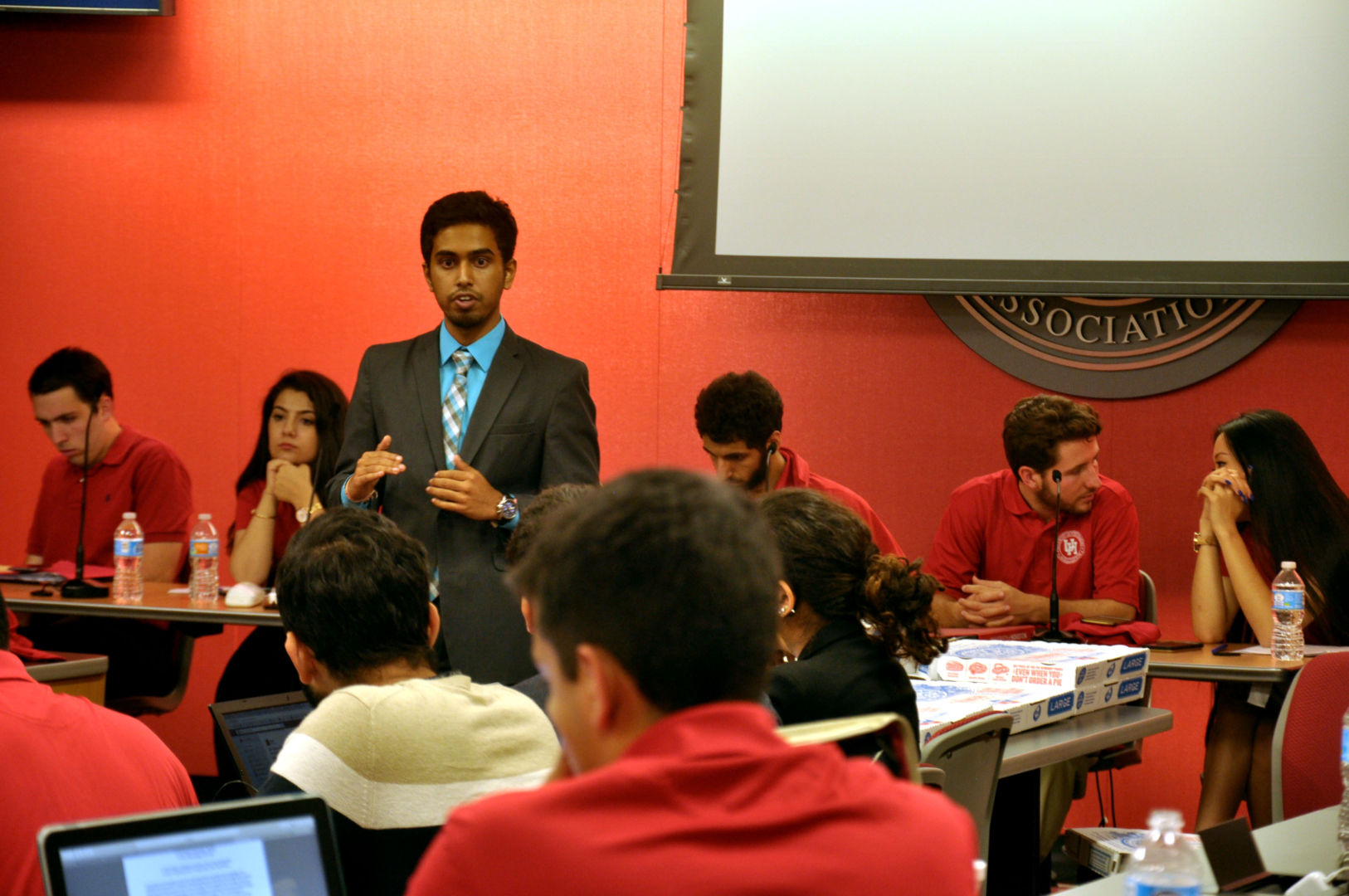 Senators at Wednesday’s Special Session of the Senate, called by Student Government President Shane Smith, appointed students into 27 positions on University Committees and passed the governing body’s annual budget — with time to spare.

The meeting adjourned after just under three hours of discussion, the shortest meeting of the 53rd administration, which began in May.

Senators approved the final appointee to the Student Fees Advisory Committee, allowing President and Chancellor Renu Khator to make her own appointments to the committee. The appointee, honors biomedical sciences sophomore Praneeth Kambhampati, said he would like to focus on funding programs which would increase student involvement on campus.  In addition, he said he promises to consider the requests of each organization equally.

“I wouldn’t say that any organization is untouchable,” Kambhampati said about adjusting, even decreasing, base budgets for fee-funded organizations.

In previous meetings, senators voiced concern that passing the SGA Budget for Fiscal Year 2017 would take hours of discussion. On Wednesday night, senators did not discuss the budget beyond a single question, and it was passed within 5 minutes.

Honors College Sen. Hina Uddin, the chair of the Administration and Finance Committee, which pre-approves the budget, said that senators did discuss the budget at three separate committee meetings.

One topic of discussion was that the various committees have significantly different levels of activity and accountability.

“They are required, but sometimes they don’t meet,” returning appointee to the Bookstore Advisory Committee Valentin Perez said.

When one senator questioned how Perez planned to accomplish his initiatives in a committee that never meets, Perez said he planned to circumvent the committee and operate alone if need be.

“To be honest with you, I don’t think I need the committee do this stuff,” Perez said.

Several committee members up for reappointment highlighted initiatives their committees were already working on. Mark Bergman, a chemical engineering senior up for reappointment to Center for Students DisABILITIES, said the center is currently as work establishing a work study funded tutoring program to aid disabled students.

SGA Deputy Chief of Staff Winni Zhang was appointed to the Women and Gender Resource Center Advisory Board after briefing the Senate on her current initiative to bring free pads and tampons to restrooms across campus.