Along with cracks on the southeast wall, the A.D. Bruce Religion Center has damages in other areas that center director Bruce Twenhafel said are life-threatening — including the roof. | Justin Cross/The Cougar

Bruce Twenhafel, director of the center, made a plea to receive adequate funding to replace the roof, as well as other requests, at a presentation for the Student Fees Advisory Committee on Monday.

The Religion Center is requesting a one-time allocation of $676,100 for fiscal year 2017 to replace the roof, which reports dating back at least five years have deemed necessary, according to documents provided to SFAC.

Twenhafel made a similar request to SFAC in 2015. The Religion Center requested $432,443 to fix the roof then, but in its recommendations to University administration, the committee said funding the roof would require raising the Student Service Fee even more.

SFAC chose not to recommend increasing the Student Service Fee, and the new roof was not funded.

Most of Twenhafel’s presentation Monday was drawn from an assessment by Stantec, a design and consulting company, of the Religion Center’s overall condition in October. He showed dozens of photos of falling and damaged roof tiles, dislodged nails and other damages that could be dangerous to Plant Operations workers and students walking nearby.

The Stantec report recommended over $5 million total in repairs to the Religion Center. Roughly $4.25 million are listed as “high-priority projects,” including mechanical upgrades, structural stabilization and improvements to the chapel and common areas inside the center.

If all repairs that Stantec recommended, including the roof, are delayed for five years, the cost rises by $1.5 million.

One SFAC member questioned the Religion Center’s efforts to find outside funding. Twenhafel said donors were less inclined to give during an economic downturn in the oil and gas business, and that most religious foundations are interested in funding programming and not facilities.

“Unfortunately, we’re part of a culture, especially, I would say, in the Texas area, of: ‘If it’s old, we tear it down and we build new’,” Twenhafel said. “That’s one of the challenges — finding a corporation or somebody that has a head-heart connection to a facility like this.”

The Religion Center earns its revenue from hosting weddings, baptisms, memorial services and other events for non-UH affiliated people, but Twenhafel said they only make up 6 percent of the center’s budget.

Twenhafel said the center is considering reaching out to “newer cultural communities” that might be more willing to donate to the center’s renovation costs.

“As we have grown to be a more non-traditional university with many cultures, many faiths, many religions, we need space that’s a little bit different than what was designed 52 years ago,” Twenhafel said. “I don’t want to tear it down. We can’t tear it down.”

According to the data Twenhafel presented on Monday, the Muslim Student Association hosted the most events at the Religion Center. It also brought more of its members into the center than any other registered student organization.

Members of MSA used the facilities for their own events more than 8,000 times last year, according to the data.

The Religion Center also requested funding for a graduate assistant position for FY 2018, which will create interfaith programing, work with student organizations and assist other religion center staff.

Twenhafel also highlighted the Religion Center’s programs. He mentioned free student lunches on Wednesdays and Thursdays, a vigil in June to honor victims of a shooting in Orlando, Florida and twice-daily quiet meditations that many students use to study in peace. 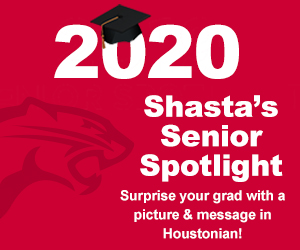