Houston, we have a recruiting problem 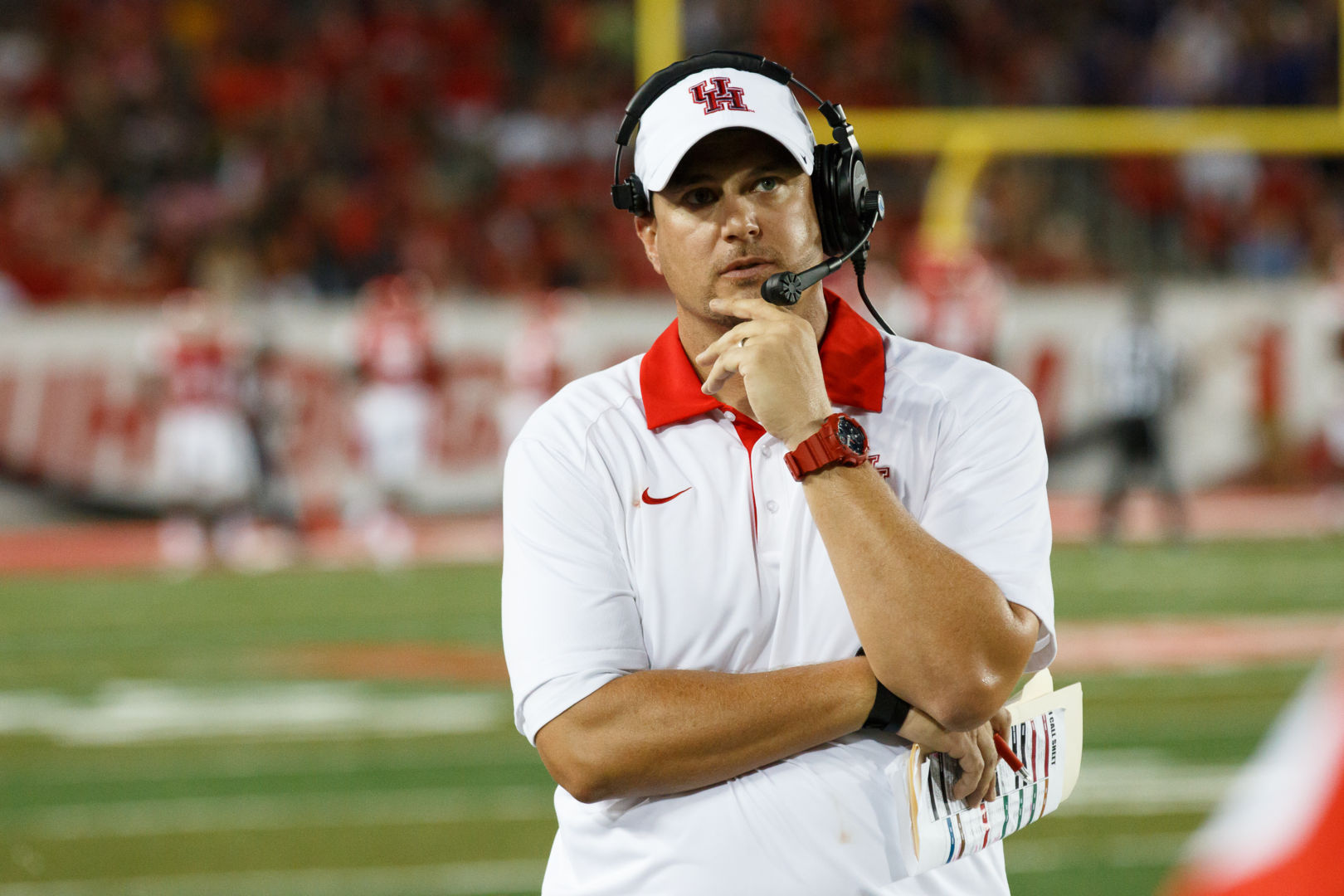 After Tom Herman’s departure from the program, six players from the 2017 class have de-committed | The Daily Cougar

Undoubtedly, the Houston Cougars are in the midst of a recruiting crisis two weeks before signing day. A total of 10 high school prospects have de-committed from UH, and the Cougars’ recruiting class rank has plummeted.

On Nov. 28, a few days after Herman left the team, the Cougars’ recruiting class rank was No. 35 nationally, according to 247Sports. As of this article’s publication, the Cougars lie at No. 65 nationally and No. 3 in the American Conference behind Memphis and UCF.

In a Twitter post, Guidry revealed that his lack of faith in the new coaching staff drove his decision to begin looking elsewhere.

“Based upon the recent coaching changes and uncertainty of the program, I am de-committing from the University of Houston and re-opening my recruitment,” Guidry wrote.

Guidry has received offers from Utah and Texas since de-committing from Houston.

Daniel Young, a 3 star RB, and Marqez Bimage, a 3 star OLB, both de-committed from Houston and committed to Texas.

Current head coach Major Applewhite inherited the sinking ship but has a different take on what drives players to commit to schools.

In a press conference last week, Applewhite argued that if a coach can emphasize to his players that they are going to their school based on the program, they will find that most coaches are similar. In the end, players stay at a school for the culture in the city, the academics of the university and the winning tradition.

“What I think prospects find is all coaches are about the same,” Applewhite said. “It’s reemphasizing to them, ‘I’m going to Houston because of the program.’”

Applewhite added that he wouldn’t sign anyone for the sake of signing them to inflate the class rank. He’s making sure that he’s signing the right recruits that fit the program best.

Houston isn’t the only school in the country experiencing this problem. Western Michigan’s 2017 class has 14 total de-commits, with 11 in January. Students are fleeing the school because of former head coach, P.J. Fleck.

Fleck was the head coach at WMU from 2013-2016 and recently led the Broncos to a New Year’s Six bowl game. Like Herman, Fleck left for a Power Five school after leading a Group of Five school to national recognition. Minnesota offered him the head coaching position, and he took it.

He didn’t leave alone. Within 24 hours, Fleck flipped six players from WMU to Minnesota. Within a few days, that number increased to nine.

However in his next year as head coach, Herman surpassed expectations, signing Ed Oliver, the first five-star recruit to enroll at a Group of Five school and three four-star recruits. The 2016 recruiting class was No. 1 in the AAC and No. 36 nationally.

He won games in 2015. He took the Cougars to the Peach Bowl where they upset the Florida State Seminoles and ended the season as the second best team in Texas.

If the 2018 recruiting class is to be anything like the 2016 class, the Cougars have to prove that they can win — even without Herman.