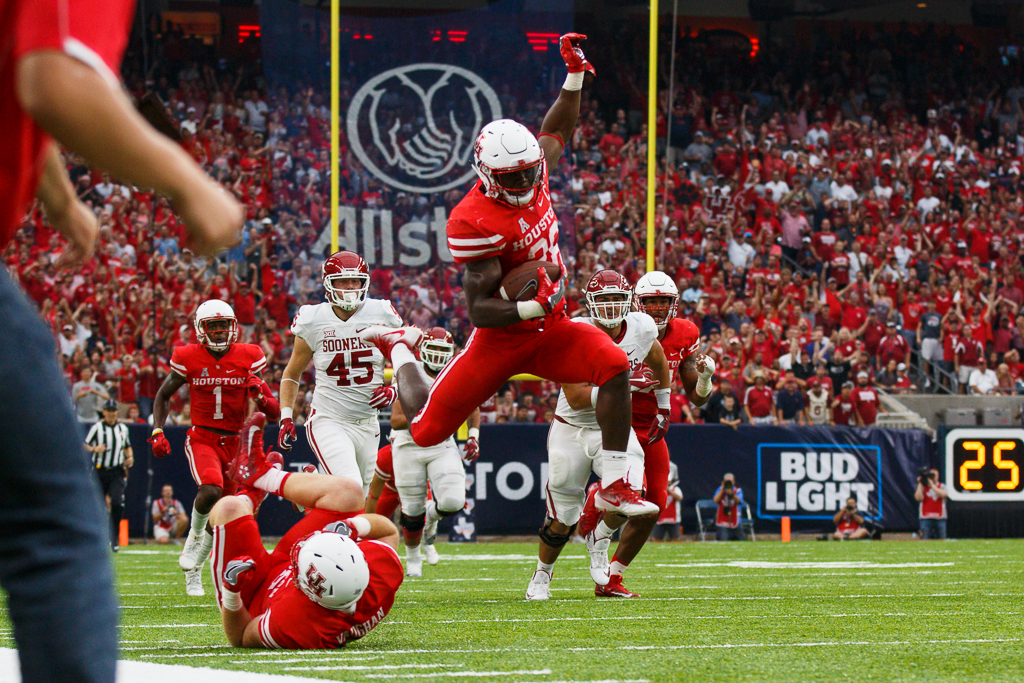 If Brandon Wilson had been invited to the Combine, he would’ve ranked in the top five in multiple events. | Justin Tijerina/The Cougar

Everybody expected to be talking about Tyus Bowser going in the NFL Draft’s first round or Greg Ward Jr.’s transition from quarterback to wide receiver; nobody thought they would see such an impressive performance from Brandon Wilson at UH’s Pro Day.

The University of Houston’s 2017 Pro Day on Monday saw 10 Cougars work out in front of scouts from each of the 32 NFL teams in an effort to get drafted. The event gave these Cougars the opportunity to increase their draft stock, but also to meet with representatives from NFL teams.

“This is an interview,” said head coach Major Applewhite. “They want to see who you are as a person and how you work when faced with drills you’ve never run before.”

Wilson knocked the athletic part of his interview out of the park. He bench pressed 225 pounds 24 times and recorded a 41 inch vertical jump. If these times had been recorded at the NFL Combine, they would have ranked first among other cornerbacks.

His dominant performance didn’t end there.

His 4.36 time in the 40-yard dash, the fastest of the day, was a hundredth of a second off tying the fastest defensive back in the NFL Combine, Fabian Moreau, who ran a 4.35. His 133 inch broad jump was just 3 inches behind the NFL Combine’s leader, Moreau, again with 136.

The biggest question going into Pro Day, however, was how Houston’s star quarterback, Greg Ward Jr., would transition to wide receiver.

“There’s a lot of quarterbacks that go four years throughout their college career and never actually play wide receiver. He’s played that position,” Applewhite said. “That’s a skill set that he’s had to refresh himself with and go back through some of the final points to get ready for a day like this.”

Ward Jr.’s height and weight have been his biggest detractors his entire football career, but other problems have made their appearances. When looking at Combine and Pro Day statistics, Ward Jr. does not compete with the competition.

“I did okay on my 40. I feel like I can always do better at anything,” Ward said. “I believe I showed a little bit.”

In the end, however, a number is just a number.

If Ward had been judged on numbers alone, he would have never become the star quarterback for the Cougars. Just like how he had to prove his worth at the collegiate level, he will have to prove himself in the NFL.

From the defensive side of the ball, Tyus Bowser and the possibility of him going in the first round has been circulating. One of three Cougars to be invited to the Combine, Bowser put up all his numbers there.

“I’d love to be a first round draft pick,” Bowser said. “I hope that it works out that way. I’ll just wait until that day comes.”