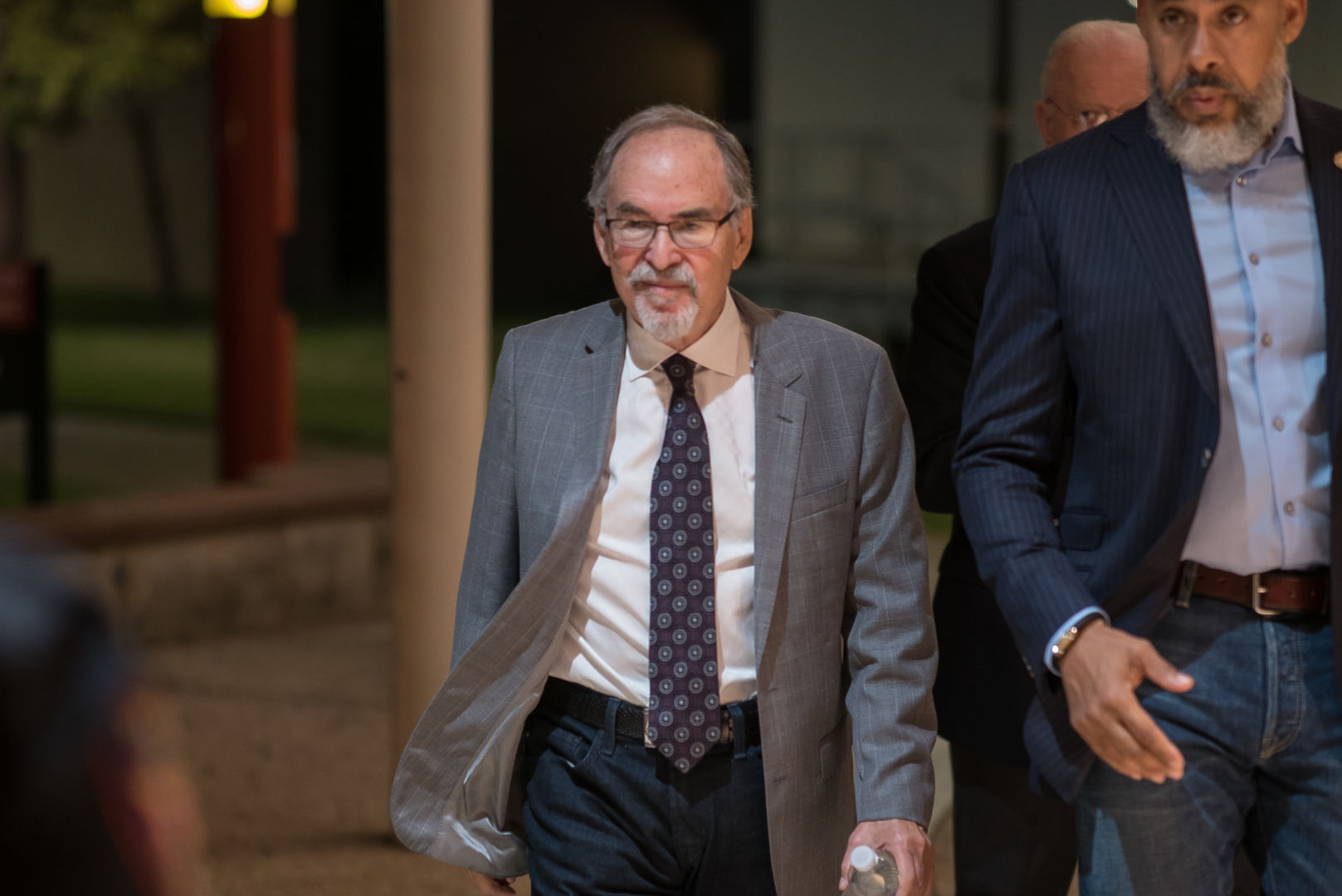 In attempted ideological cleansing, David Horowitz spoke at the University of Houston on Thursday at an event hosted by the UH chapter of the Young America’s Foundation. Dozens of students organized a walkout, including the UH chapter of Students for Justice in Palestine.

This protest was not random, just as Horowitz’s choice to speak at UH was not. The ideology that spawned Horowitz to speak here is an example of the false rhetoric from a white man on a movement that opposes the systemic effects of his views and actions.

Horowitz and his foundation named UH one of the top schools supporting terrorism. Their website, which is much too long for a domain name, also claims that we promote genocide and praise Adolf Hitler.

Anyone that goes to UH or has even driven through it knows how absurd these claims are. These dubious assertions stem from Horowitz’s views on one student organization called Students for Justice in Palestine.

SJP’s goal is to bring awareness and garner solidarity for the plight of Palestinians. Their on-record events have been peaceful, ranging from providing general public knowledge to holding discussions.

Horowitz, however, has a wish-wash history with political alignment. He was once a Marxist but switched to conservatism. The switch is not the problem; the issue is the radical ideology that comes from a lack of understanding of other people.

He penned a book called “Progressive Racism.” The title alone is an oxymoron but explains why he abandoned progressivism for racism with radical conservatism.

In an excerpt from the book, he says that the American political climate has been “warped by progressives through their rejection of the color-blind standard established by the Constitution and once championed by the civil rights movement and its leader Martin Luther King.”

Being color-blind is not an answer to anything, especially racism, because we as humans see differences. Martin Luther King Jr. was a champion for his people and realized the effects of race. Otherwise, he would not have been compelled to be a leader.

Being color-blind should not be a standard because that perpetuates the racial inequalities that brown people face. That pattern of thought stunts social progress because the rhetoric makes it seem that there is no disparity based on said color.

He said at a conference that “every black person alive in this country owes their freedom to America,” referring to the Civil War and how Union soldiers fought for the freedom of slaves.

This is false and a result of the master narrative in history books. The U.S. didn’t go to war with itself only because of slavery; it did so due to the Confederacy’s decision to succeed because of the South’s economic reliance on slavery.

Slavery was abolished because of the Union’s tactic to destroy the Southern economy, which was built on the backs of slaves as punishment for succeeding.

He also says that “the true DNA of America is liberty, not racism.” America’s DNA is of liberty for white Americans, not anyone else. Slaves were not viewed as people, so the thought of liberty for black slaves was not present in the signing of the declaration.

These are all elementary concepts. The fact that the effects of slavery are still ingrained in America through the prison-industrial complex, unfair housing and racist laws during the Jim Crow era.

If — as a country — we cannot grasp that, then we will not have meaningful progress to heal the past, and every conversation will be rudimentary.