Betrayed trust in the Black church 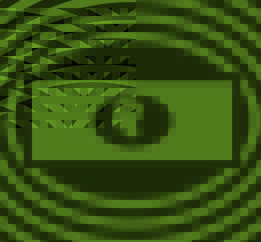 Most Black people — no matter how agnostic or indifferent toward religion they may be — have a story or memories about church.

Politically, most Black people lean left or identify as a Democrat. This can be seen through data gathered by the Pew Research Center on how registered voters identify from 1992 to 2016.

In 1992, 67 percent of registered Black voters identified as Democrat. This increased to 70 percent in 2016. In those same years, Black Republican identification decreased to 3 from 5 percent.

With party affiliation, there are also socioeconomic trends of how people identify. Out of 782 surveyed Black people — 57 who wished not to respond to this question — 268 of them made less than 30 thousand dollars per year, according to the Pew Research Center. Of those voters, 4, 21 and 72 percent, respectively, identified as Republican, independent and Democrat.

Not only do most registered Black voters make less money, but they also widely vote Democrat.

Some Democratic or liberal platforms include the support of women and girls, the LGBTQ+ community, and anti-corruption according to the 2016 Democratic Platform. These exact platforms do not align with the Black church and by extension, Black people.

In the same Pew Research study, 571 of 782 registered Black voters identified as being Protestant, which encompasses the Baptist sect of Christianity. Of those Protestants, 73 percent identify as a Democrat.

In Black church sermons, there tends to be a view of being LGBTQ+ as one of the greatest sins or an “abomination” even though the Bible views every sin as equal. Women in the church hold positions similar to modern gender roles such as secretarial work, Sunday school teachers, assisting the pastors and hardly ever being in a pastor role themselves.

With some of the Democrat core ideologies being the antithesis of the Black church, you would think that the church would align with Republicans.

The reason for that is twofold: economics and representation.

Money holds are greater influence over how people identify because poor people cannot relate to rich people and vice versa; especially if that person was born into their respective circumstances. Therefore, a rich person — that may not have influence — cannot adequately advocate on behalf of the poor.

With the money poorer people do have, they are willing to invest it — however blindly — into an entity that has history of providing, race relatability and representation. Black churches continue to be a corner stone of Black culture with their historic and spiritual contributions to the community. | Dana C. Jones/The Cougar

With the church being one of the only places Black people are widely in major positions of power, the congregation will invest in something that they can physically see themselves, will either get a return on the investment and make them feel good by helping something that is bigger than themselves.

No matter where that power comes from — even if it’s in a church — it can corrupt the person. Anti-corruption being a main point for Democrats, happens in the black church.

There are several instance of pastor stealing money from the church, even by way of the elderly congregation. This normally happens by using their spiritual prowess to their advantage. The elderly being more religious, are more willing to both give wholeheartedly to the church, which makes them easy targets to be swindled for their money.

Even if they give more money than they can afford on their own accord, the church allows it to happen.

People will spill some of their deepest issues and situations to the pastors and preachers in their church so they can find spiritual guidance. The church has several pastors with different specialties, one dealing in money.

Since the trust is already rooted, the church is aware of people’s financial situations both through tithing and members explicitly explaining their problems.

Tithes are a tax, 10 percent of your yearly income, that you pay to the church as a member.

Since they are aware of the income, morally, they should not let their members give more than they can in tithes and then pressure them to give more for offering. My friend’s grandmother had a similar situation where she gave so much to the church, despite her debts and pleas to stop from her family, because of her unwavering faith.

There are also instances where the pastor can steal money directly from the church’s funds instead of through one member.

A Fort Lauderdale, Florida, church’s chief financial officer — Robert Mosely — was accused of stealing more than $125,000 from the church. Of that, $27,000 was meant to fund a summer feeding program for needy children.

In Cleveland, a pastor was accused of stealing $150,000 from a disabled member of the congregation.

Even though those individuals were caught, it taints not only the reputation of that church but the faith and symbolic nature of the church as whole.

Some might wonder how thousands of dollars can go missing without anyone noticing.

Pastors and administrative members of the church — especially the Black church — have their blackness and spirituality on their side. Those are some of the strongest identifiers through which people can easily foster trust. And a Black church can house anywhere from a few hundred to several thousand people with the same identity.

This makes people overlook issues, shortcomings and plain flaws in a person. Also, who would suspect a seemingly God fearing person to deliberately prey on the weak and continuously break one of the commandments in the house of God?

These isolated incidents are a product of an individual and not the church as a whole. But, if the reputation of the Black church is going to stay strong as it has for this long, these growing trends must be acknowledged and stopped.