Gerrymandering has a hold on Houston 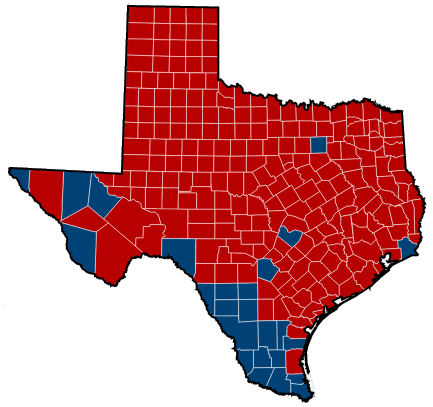 With the 2018 midterm election less than a month away, key races throughout Texas are heating up. But gerrymandered districts around major cities could disrupt Democratic victories by diluting the minority vote.

The practice of gerrymandering is a manipulation of district boundaries to favor one party over the other. Gerrymandering is a long-standing headache for fair elections and fair representation, as Republicans redraw district maps to favor their party by diluting minority votes.

Gerrymandering is undemocratic, against the values of our country, with a primary goal of creating a legislature that does not represent the reality of the people who live in gerrymandered districts. In diverse metropolitan areas, gerrymandering is under-representing minority voters, in effect silencing their voice.

Although showing no signs of change, 71 percent of Americans are in favor of ending partisan gerrymandering and establishing fair redistricting practices.

In deep-red Texas, we fail to consider the effect of gerrymandering on the electorate map and how that can harm minority voters. The effects of this practice means there is a two-seat Republican advantage due to manipulation of district lines.

In the five districts that rest entirely inside Houston, Congressional Districts 2 and 7 are Republican strongholds that have managed to exclude minority neighborhoods outside their boundaries.

The state is acting in intentional discrimination when it permits gerrymandered districts to continue under-representing minority neighborhoods. In their quest to control the state, they are violating the principles that this country was founded on and discourage minorities’ intentions of voting when they know their vote is diluted.

This disparity shows the disconnect between the minority voters in the city as compared to gerrymandered districts.

The University of Houston is in the 18th Congressional District where most residents are minority voters. This distribution is a visible effect of gerrymandering, as urban districts are packed with minorities instead of being spread out to other bordering districts.

This action erodes the voice of minorities overall around the state. Urban districts become concentrated with minority voters as the ruling party gerrymanders the state for political gain.

Earlier this year, a Texas gerrymandering case went before the Supreme Court, allowing some disputed districts to be used in the upcoming midterms. Before the case was appealed in the Supreme Court, the three-judge district court agreed the cases were adopted with the intention to dilute minority votes and keep the districts Republican.

These unfair district drawing practices bear serious costs to minority voters who feel as if their voice isn’t being heard. This disillusionment leads to a lower minority voter turnout. Gerrymandering leads to real people living in disproportionate districts, causing potential harm to underrepresented minority voters who virtually have no say.

The Supreme Court decision could hurt the chances of hopeful democratic races in deeply gerrymandered districts, effectively turning the blue wave that is predicted to hit Texas into blue raindrops.

The fate of Texas come the November election is uncertain with Republicans looking more vulnerable than they have been in other election cycles. Some political observers believe Republicans will still come out of this election retaining their power, although it is important to observe that gerrymandering plays an important factor, unfairly adding a thumb to the scale.

Gerrymandering is not illegal, but intentionally drawing boundaries on the basis of race is illegal. Republican-controlled state legislature took advantage of their dominance over the state to intentionally gerrymander districts based on race, engaging in the distortion of our representative democracy.

It is important to vote, but it is more important to have fair redistricting practices so that our government is of, by and for the people.

According to 2017 coverage by the New York Times, California and Arizona are two states that have outsourced their redistricting practices to politically neutral organizations in an effort to minimize the role of partisanship in the drawing of districts.

Florida went a step further and amended the state Constitution to prohibit the role of politics in the redistricting process.

The Texas legislature is equally capable of proposing similar measures to make the election process as representative as possible, but has not taken action.