The death penalty is not a viable punishment for crime 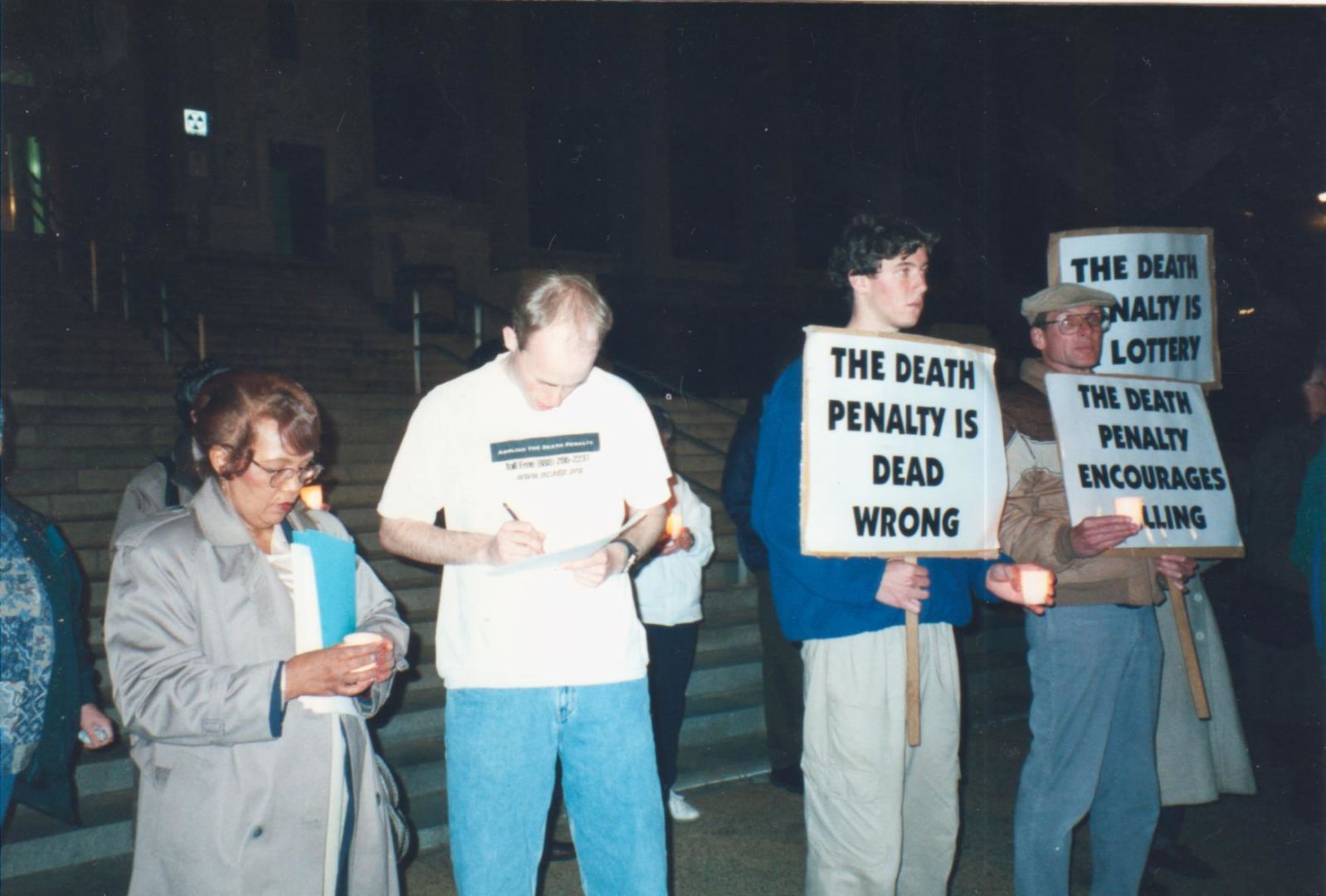 The death penalty represents primitive morals that need to be expunged from the legal system. Any form of legalized murder that does not have a complete success rate should be abolished. | Photo courtesy of Wikimedia Commons/user: OBSonthemove

The death penalty is barred in much of the world, but it is still permitted in 30 of our 50 states. Since 1976, the state of Texas has led the way in state-sponsored executions by a large margin. Of the 1,484 people who have been executed under the death penalty in the United States, Texas accounts for 555 of these deaths.

The death penalty is an anachronistic, discriminatory practice that is disproportionately applied to minorities in Texas and throughout the nation.

The death penalty, however, is not the largest problem. Many prisoners sentenced to death are wrongly convicted and executed for crimes they did not commit. A conviction rate that is less than 100 percent accurate is not acceptable when human life is on the line.

One justification in favor of capital punishment argues that it represents justice, that those who commit serious crimes should pay the highest price possible.

It is perceived by death penalty supporters that if a criminal strips an individual of their life, then they ought to pay for it with their own. It is this false equivalency that circumvents the justice system currently in place. We do not operate under the Code of Hammurabi, so why is it that the highest levels of punishment enforced in this country make it seem as though we do?

The Code, which famously notes “an eye for an eye, and a tooth for a tooth,” signifies an ancient and barbaric justice system that many states tend to err toward at the extremes of the justice system. This warped logic makes it clear the death penalty has revenge in mind, not justice.

Those who are unsympathetic toward the guilty often have grounds for being so. Many on death row are convicted rapists and serial killers, so it may seem logical to support the death of individuals who perpetrate acts that harm others and society.

Despite these feelings, as a country we cannot allow disdain of criminals to devolve into injustice for the innocent. The implementation of a death penalty is made problematic by the injustice that lies within any criminal justice system.

Benjamin Franklin acknowledged this shortcoming, writing, “It is better 100 guilty persons should escape than that one innocent person should suffer,” in regards to his opinion on capital punishment.

To Franklin and many others, the wrongful killing of an innocent person represents a government perpetrating arguably one of the gravest injustices possible.

According to a study done by the University of Michigan Law School at Ann Arbor , it is estimated that greater than 4 percent of prisoners sentenced to death are wrongly convicted, meaning it is likely that many people are killed for crimes they did not commit.

A “good enough” philosophy represents a grave perversion of justice. With this in mind, a death penalty of any kind simply cannot be administered in good conscience.

Reasons like this explain why the United Nations has called for a global moratorium on the death penalty from the Secretary-General of the UN Antonio Guterres, citing that “The death penalty has no place in the 21st century.”

Research into court decisions and the application of the death penalty has uncovered that the practice is unfairly applied on the basis of race.

In 2001, researchers from the University of North Carolina found that the odds of receiving a death sentence in all cases of homicide were 3.4 times higher if the victim of the crime was white rather than black.

Furthermore, according to the ACLU, approximately 43 percent of recorded executions since 1976 have been disproportionately administered to people of color, and an even higher 55 percent are currently waiting on death row.

Most recently, the discriminatory nature of the death penalty was confirmed in Washington as the state’s Supreme Court ruled it had been “imposed in an arbitrary and racially biased manner.” In the unanimous case of State v. Gregory, it was ruled that the death penalty was in violation of the state constitution and unfair in its application based on race.

Rulings like the one in Washington highlight yet another aspect of the justice system that is marred by blatant discrimination, and the total removal of the state-sponsored execution machine leaves no room for its perpetuation.

The removal of a state-sponsored death penalty is long overdue. Not only does capital punishment serve no real function in providing justice, but it also discriminates against minorities while preventing the wrongly convicted from one day seeing the light of freedom.

Since the application of the death penalty is left up to the states, it’s imperative that the 30 remaining states take the lead of Washington and kill a punishment that is doing much more harm than good.