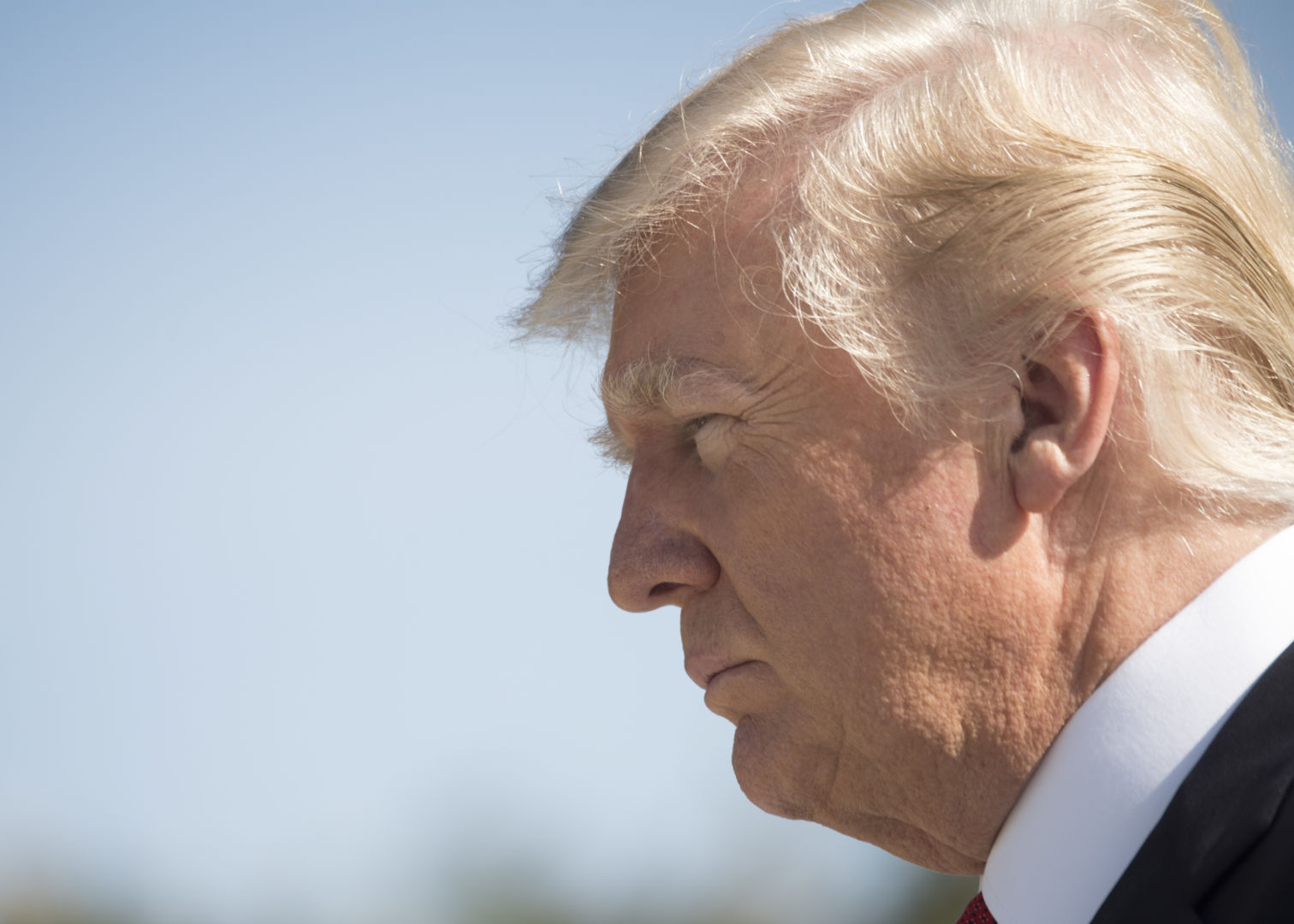 Trump is notorious for his misleading and false claims, but these ramblings are far from meaningless. They allow the general population to form opinions and take actions based on what they naively believe to be the truth. | Photo courtesy of Wikimedia Commons/ user: MB298

The bully pulpit of the White House has become the misinformation pulpit under President Trump.

In the almost two years that Donald Trump has been president, an unprecedented number of false or misleading claims have been issued. This is not a subjective interpretation of the president’s track record — it’s verifiable fact. Whether it be immigration, healthcare or any other host of issues, the president has made a habit out of stating things that are patently false or simply uninformed.

Recently, the stakes have gotten only higher.

The consequences of such rhetoric are evident in the wake of the Nigerian Army killing peaceful protesters. After a statement made by President Trump in which he said he had directed the military to consider those throwing rocks at the border as armed with rifles, the Nigerian Army tweeted the president’s remarks with the caption “Please Watch and Make your Deductions.”

Since then, Trump has backtracked on his remarks and said he did not mean for the U.S. military to use lethal force, but his words rang hollow and are in no way mutually compatible with his earlier remarks.

The president’s message resonated with the grossly-excessive force used by Nigeria’s army, and while it’s clear the president is not responsible for the doings of the Nigerian Army, the words of any president should not serve as fodder for international injustice.

More broadly, Trump’s rhetoric in his longstanding feud with the news media has appeared to reach a fever pitch. After the Pittsburgh synagogue shooting, which claimed the lives of 11 people, Trump again pointed a finger at the media for painting inaccurate pictures of him that he says largely contributes to the anger in the country.

Far from the truth, the media does not stoke fear in the public — the president does.

Party leaders like the late Sen. John McCain came to the defense of the press and called out President Trump on his constant delegitimizing of the press by astutely noting that dictators “get started by suppressing free press.” Former governor Mitt Romney and current Arizona Sen. Jeff Flake have also come out in opposition to Trump’s dystopian battle with the media.

So, to those who either put up with the president’s manipulative and false speech or who truly believe it, don’t be fooled. What he says matters. Trump says what he wants, when he wants and lets the facts fall where they may.

After all, this is the same president who, after an abysmal response to Hurricane Maria, claimed that 3,000 people did not die on the island of Puerto Rico and that this number was constructed by the Democrats.

If other examples don’t come to mind, feel free to explore the other 6,420 false or misleading claims Trump has made in 665 days as president.

Not only has Trump made patently false and uncorroborated claims regarding the caravan, like the fact that it contains Middle Easterners, but he has also inspired others to do the same.

Texas Sen. Ted Cruz took a page from the Trump playbook recently when he insinuated in a tweet that money from the Rep. Beto O’Rourke campaign may have been used to fund the now infamous caravan heading for the states. Cruz’s remarks, a doubling down of Trumpian rhetoric, demonstrate not only how toxic rhetoric and conspiracies can be but also how this kind of rhetoric encourages more of the same.

So to those unwavering in belief or complicity: if you won’t draw the line here, where will you?